We’ve made it to the home stretch before the release of the next expansion for World of Warcraft, Legion. So what does that mean for the state of Shaman? Well, it means we’re entering the final iterations of  content before release on live. This also means moving into the tuning phase.

The tuning phase is all about fine adjustments instead of sweeping changes. It usually happens when Blizzard feels that each of the classes and specs are pretty much in line with the overall design idea, and are just working on tweaking the finer points. In terms of Shaman tuning, this means looking at things like spell power coefficients, spell duration, or even just the placement of talents in a tier. So, with a new patch just released, lets see what type of adjustments we received.

This one is for both Elemental and Restoration, but I figure we’ll cover it here. Self healing is a big deal, especially at the beginning of an expansion. As a result, it’s not terribly surprising that Healing Surge would get a tweak when all players are going to be expected to mind their health as much as healers do. Now it will receive 475% of spell power, but with an increased mana cost moving from 18% to 20%. A relatively decent trade off, honestly, since we really don’t spend a whole lot of mana as it is. Overall, a positive trend.

Elemental Blast also got a bit of a tweak this last patch — it’ll only receive 500% of our spell power now, down from 600%. I’m wondering if this is because it was outclassing the other talents in the shared tier, Ancestral Swiftness and Echo of the Elements, or if it was just simply over performing. Either way, I don’t like seeing a reduction of that magnitude on a spell when things are supposed to be tweaked slightly instead of large shifts.

At the same talent tier as Lightning Rod, Liquid Magma Totem also got a bit of a buff — instead of getting 25% of our spell power, it will get 40%. There’s not a whole lot to say about that aside, other than it’s a pure damage buff. I suspect this change was made in order to make the talent more enticing compared to its tier mates.

Our Artifact traits also got a pass in this build. Earthen Attunement received a small tweak — the percentage of spell power it receives per rank was reduced. It now receives 12% at full 3 ranks instead of 15%. This one definitely seems like a small adjustment for balance purposes rather than a nerf.

Elementalist now lets you reduce the cooldown of Storm Elemental and Fire Elemental by two seconds instead of three seconds for every Lava Burst cast. Master of Elements now increases the damage from Elemental Overload by 12%, up from 10%, and Surge of Power now boosts Lightning Bolt damage by 15%, up from 10%. 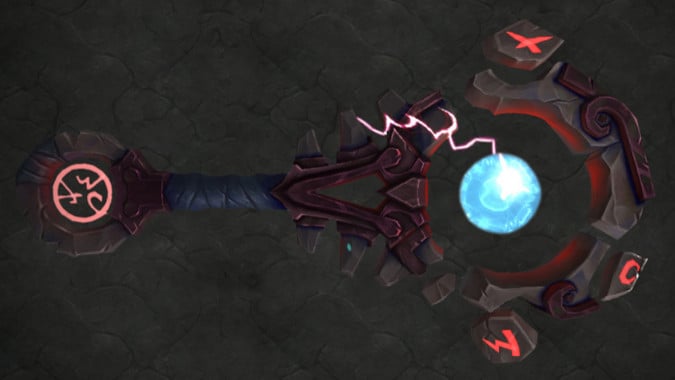 Since we already talked about Healing Surge, we can jump right ahead to Healing Tide Totem. It’s been buffed just a little to received 96% of our spell power, up from 80%. Any tweak to Healing Tide is important simply because of how traditionally good of a defensive cool down it has been for us so far. It’s interesting to see it having its healing increased, even by a few percent. Personally, I wouldn’t mind seeing it get buffed just a little bit more.

Like the faster Healing Surge, Healing Wave also received the same spell power buff — it’s now taking 475% of our spell power, up from 450%, without any documented increase in mana cost. This might seem like a small tweak, but Healing Wave is meant to be the go to for single target healing in most scenarios. Over the course of a standard encounter, that can add up to a lot of extra healing. 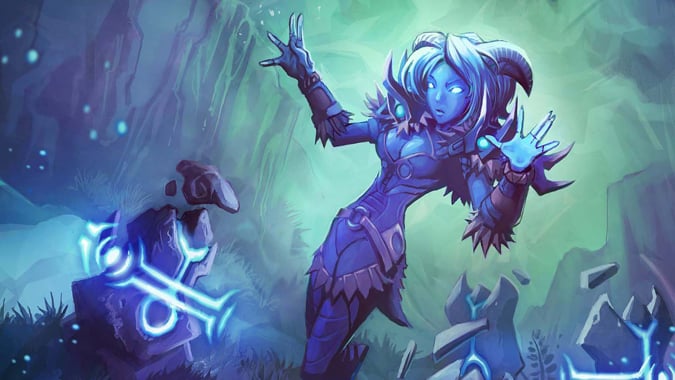 The last item that changed for Restoration is Echo of the Elements. When we consume a charge of Tidal Waves, we have a 10% chance to generate a charge of Riptide. It definitely gives us some kind of reward for using spells like Healing Surge when appropriate, so I’m all for this. This will be especially useful in smaller groups like dungeons, where having that extra Riptide can make a huge difference when dealing with the encounter at hand.

Overall, besides the tweak to Elemental Blast, nothing is terribly surprising as far as adjustments. That’s not a terrible thing mind you, as long as it remains balanced against the other classes in our chosen role. We’ll probably see a few more small tweaks like this over the next few weeks as everything is finalized. After seeing the changes though, I’m really curious what the numbers look like for us in comparison to other classes in both damage and healing.

I also wouldn’t be surprised to see some more attention given to our Artifact Weapons in upcoming builds. We already know that the Artifact Weapons are going to be a central focus for our characters during the expansion itself. That means that they’re probably going to need to be scrutinized for balance, to make sure we’re not falling behind or pulling too far ahead of any other class.