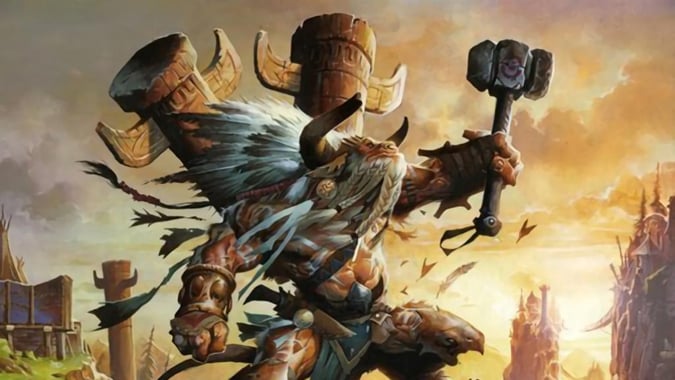 The Tauren are an ancient race, right up there with Night Elves and Trolls from a historical standpoint. And just like the Night Elves, they’ve seen some dramatic societal changes in the last thirty years or so. They were unaware of the Eastern Kingdoms until travel across the sea picked up during the Third War. But even though they didn’t know about the First or Second wars, they quickly became well acquainted with the Orcs when Thrall arrived, seeking a new destiny.

And even though they were unaware of events across the sea, the Tauren were already undergoing some changes. Cairne Bloodhoof sought to unite the clans and bring them together in their ancestral lands of Mulgore. These changes and more are things that a Tauren character might think about — so let’s take a deeper look.

The Tauren were nomadic right up until the Third War. Cairne Bloodhoof sought to unite the clans in one place not as a political move, but as an issue of safety. The centaur of Kalimdor were aggressive, violent, and constantly at war with the Tauren. By establishing one safe place for all Tauren tribes, Cairne hoped to present a strong, united front against the centaur threat.

Essentially, Cairne Bloodhoof re-shaped the Tauren way of life. And unless your Tauren character is very, very young, they likely remember what it was like when Thunder Bluff was built. They may even remember the days before Thunder Bluff came to be. Whether they prefer the old ways, or the new path of Bloodhoof and his tribe is up to you, of course.

But the sudden shift from a life of constant movement, never staying in one place for too long, to a life in a Tauren city is apt to have some kind of significance to your character. Constantly being around other Tauren tribes could be viewed as an opportunity to learn. Or it could be viewed as an interesting inconvenience to be dealt with.

Tauren and the Horde

While Cairne was trying to unite the Tauren in Mulgore, he happened upon Warchief Thrall. When champions of the Horde later saved his son Baine from the centaur, Cairne decided to pledge his people to the Horde as well. Not only were the Tauren tribes united, but suddenly they had new allies to contend with as well.

So here’s Cairne Bloodhoof, once again paving the way for changes in Tauren society. This time, he brings new allies to the fray. Not only are the Tauren dealing with living together, they’re dealing with the addition of other races in the mix. Some of those races are fine, others … maybe not so much.

Once again, this can be viewed as a learning opportunity for your Tauren — or the opposite. As new races are added to the Horde — in quick succession — it means more new faces, too. Did your Tauren embrace the idea of new alliances? Do they trust their allies? Or do they long for the days of wandering the plains of Kalimdor, left largely to their own devices? 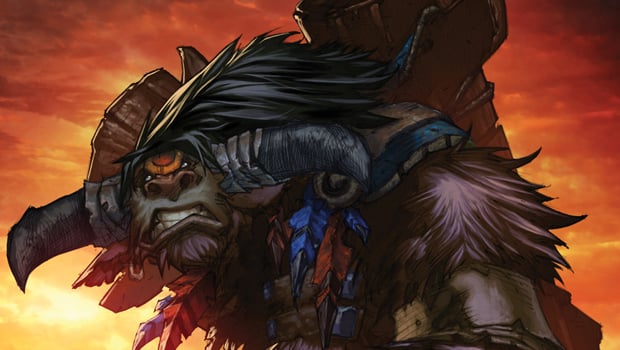 Of course there are examples of discontent with Cairne Bloodhoof and his strange new way of life. Cataclysm gave us a front-row seat to the kind of potential disaster new allies bring to the fray. When tensions arose between Cairne and new Warchief Garrosh Hellscream, Cairne lost his life in a rigged mak’gora. And that’s when the Grimtotem clan made their move, and took over Thunder Bluff — a coup that nearly killed Baine Bloodhoof as well.

Luckily, Baine was able to reclaim his father’s home, and took his place as High Chieftain. Every inch his father’s son, Baine embraced his father’s ideals. And as Hellscream grew more rash and brutal, Baine grew more wary of Hellscream’s new regime. When the time came, Baine sided with Vol’jin and his rebels, bringing Hellscream’s time as Warchief to an abrupt end.

All of these events are pretty significant in the eyes of every Tauren — the death of a High Chieftain, the rise of another in his place. The obvious animosity of the Grimtotem, who didn’t care for Cairne’s way of thinking, and their violent attempted coup. A character might look at that and wonder if being united is such a good idea after all — or only grow stronger from the experience. 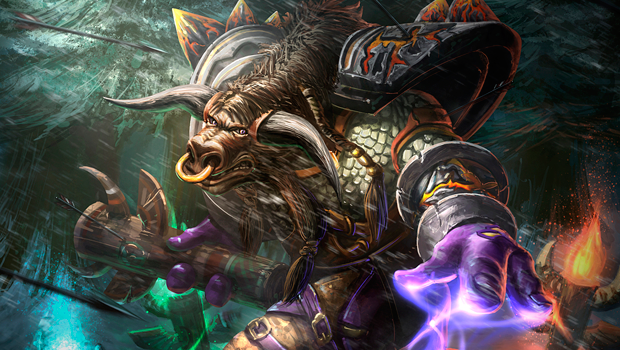 And really, the very idea of being involved in the Horde at all may be in question for your character. History speaks for itself — and the most recent history is filled with violence and brutality. Were the days of fighting centaur a better alternative than dying in Hellscream’s army? Is being in the Horde a better alternative than sticking to your own kind? For that matter, is it really necessary to stand united at all — should the clans go their separate ways?

Yet at the same time, the Tauren are learning a lot from their allies. With their help, new lands are being discovered — lands with distant relatives of the Tauren, each with their own unique history. For a race that has a history mostly passed down in tales told by the fire, the idea of having evidence to support those legends is pretty compelling.

The Tauren may seem like gentle giants, but they’ve been caught up in tumultuous times in recent years, and their history has been anything but gentle. What does your Tauren think of the new path the Horde is paving for the Tauren race? What do they think of the alliance with the Horde? Are they happy with how they’ve been living so far, or do they long for the days of old? The Tauren have been exposed to an entire world beyond the reach of Kalimdor’s plains. How does your Tauren cope with that, or do they think about it at all?