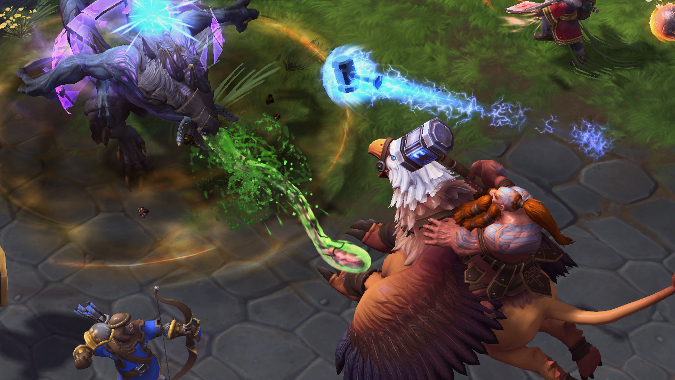 The Heroes of the Storm developer team took to Reddit this afternoon to answer some fan questions. In this session of ‘Ask Me Anything’ they had a handful of developers address topics with a focus on game balance. In addition to questions asked by Redditors, community managers Katealyst, Spyrian, and Trikslyr supplied translations of questions asked on the official forums in non-English speaking regions. The devs had a whole lot to say. You can read the whole Reddit AMA post yourself, but if you just want the highlights we’ve got you covered.

They acknowledge that body blocking is currently broken. Even before the AMA, there was a post discussing it on the official forums. They’re planning on rolling out a fix as soon as they can.

There was a lot of discussion about talents. Many questions centered around making certain ones baseline, like the super useful Cleanse, or ‘hero-defining’ talents (one example given was Johanna’s Knight Takes Pawn). In both cases the developer made sure to note this is not really a good thing for hero design. They’d prefer to have a variety of compelling talent picks. In the latter case, developer Adam Jackson said both Johanna and Nazeebo are in line for upcoming changes.

Falstad is likely going to see a nerf soon, due to his very high pick and win rate. Greymane and Kerrigan are in line for nerfs, too. They feel Murky is in a good place overall but Octograb may need a bit of a change. Designer Brett Crawford discussed how they make the determination that a hero needs a nerf.

Designer Alex Neyman discussed the intricate task of making support characters feel more fun and impactful to play. The question mentioned feeling like a ‘heal bot’ in the support role, a sentiment shared by many. It must be noted though, that while the intent is there, no concrete answer for a solution to this issue was supplied, though a different question discussed non-healing heroic choices, like Kharazim’s Seven Sided Strike.

Lastly, unfortunately for fans of the grave golem, Haunted Mines is still on indefinite hiatus. Graves will be so disappointed.