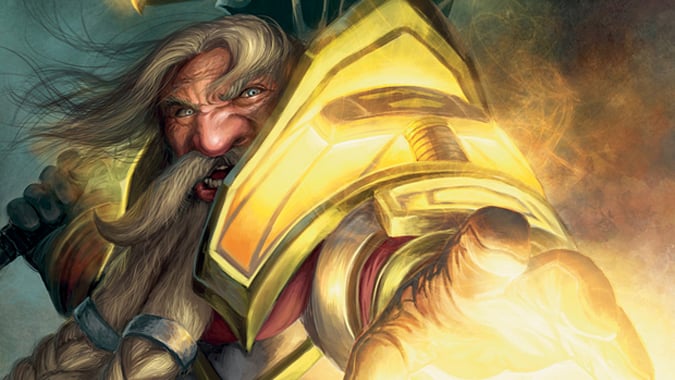 The Dwarves of Warcraft have experienced some of the biggest political shifts of any race over the years. Keep in mind that Dwarven history in general is a tumultuous thing. The War of the Three Hammers saw the three factions of the Ironforge clan — Bronzebeard, Dark Iron, and Wildhammer — violently fracture. In Cataclysm, those three warring clans were forced to once again come together in a renewal of the Council of Three Hammers.

It hasn’t been an easy time for the Dwarves, and for Dwarven roleplayers, that shaky political situation is one of the things weighing heaviest on their minds. Doubly so because of what happened in the new Legion comic Magni: Fault Lines. But how does this particular aspect of Dwarf lore apply to character development for Dwarf roleplayers? 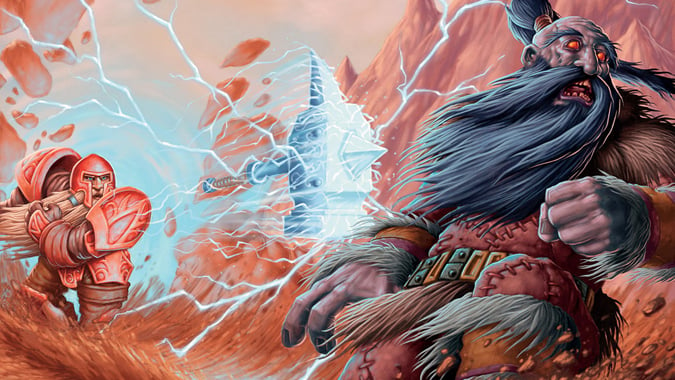 War of the Three Hammers

It’s been established before that Dwarves can live fairly lengthy lives, so it wouldn’t be out of place for an older Dwarf character to remember the original War of Three Hammers, which took place roughly 260 years ago. If your Dwarf lived through those times, they likely look at the Council of Three Hammers in a slightly different light than Dwarves born after the War was over.

Because a Dwarf that lived through the War of Three Hammers understands how volatile that Council could potentially become. They know, because they’ve seen it. And even though the Council appears to be doing all right for now, it’s a tentative peace. It’s not a solid foundation on which Dwarves can proudly stand.

And if that foundation should falter and crumble apart, bad things can happen. Bad things like, I don’t know, the everlasting shadowy taint that darkens the halls of Grim Batol. Or the offhand summoning of the Elemental Lord of Fire. We’re not just talking disagreements here, we’re talking about events that could shake the very foundation of Azeroth itself. Younger Dwarves, on the other hand, have a working knowledge of the tumultuous course of Dwarven history, but haven’t lived through those horrors. To a younger Dwarf, the reformation of the Council of Three Hammers may be a wonderful thing. It’s a sign of hope, of peaceful unity the likes of which Dwarves haven’t seen for hundreds of years.

The best part? The Council is working. So far, it hasn’t fallen apart. It’s been four years since its formation, and while there have been shaky moments, the Dwarves are still going strong. It’s not impossible for an older Dwarf to have these same feelings, either — nor is it impossible for a younger Dwarf to have their suspicions about the Council’s continued existence. 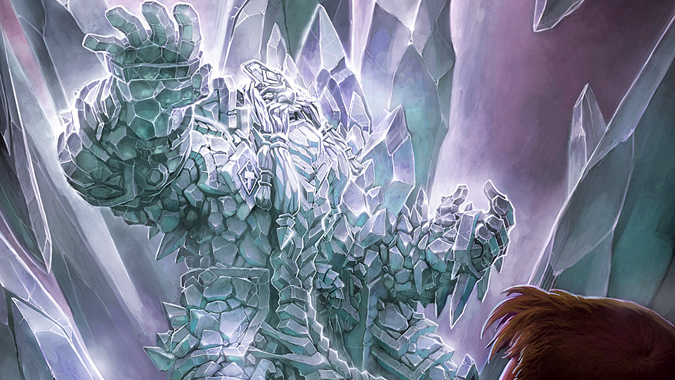 But here’s the part that may or may not validate those Dwarves with a more optimistic outlook. In the Legion comic Magni: Fault Lines, Magni Bronzebeard finally wakes up. The king everyone thought dead not only woke up, but walked around Ironforge and made it known he was awake. This wasn’t some secret that was kept from the Dwarven population.

And then he left just as quickly as he appeared. He renounced his claim on the Ironforge throne and took off, letting the Council continue to rule. While Dwarf characters may not know the particulars, Magni’s actions speak volumes for what he thinks of the Council and the success it has achieved so far.

Because make no mistake — the Council has been a success. Where Modimus Anvilmar’s untimely death threw the three clans into chaos, Magni’s death brought those clans back together. As a stronger, united front, the Dwarves have firmly established themselves within the Alliance. Magni’s departure only seems to reinforce that opinion. 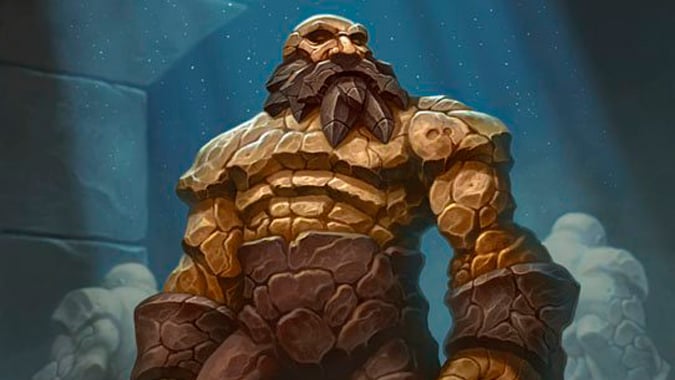 Legion has a lot of lore for several different races — in particular Night Elves, Worgen, and Forsaken get the brunt of the focus — but Dwarves don’t get a giant role. That doesn’t mean that there’s little to think about in the upcoming expansion, however. Dwarves have a deep curiosity for archaeology and exploring the past. In Legion, we get to travel to a land that hasn’t been seen in ten thousand years, and deal with Artifacts of legend in the process.

So while there may not be giant amounts of direct involvement for Dwarves, there’s still plenty there to pique their interests and keep them interested in what’s going on. And since Magni’s return seems to herald some new, interesting information about the nature of Azeroth itself, Dwarves still have lots to think about.

Beyond that, they’re heavily involved with the Alliance, and helping out their allies in a continued show as that united front of three clans. So far, the Council appears to be working — Varian Wrynn seemed to be happy with his Dwarven allies in Mists, and Magni has agreed with that assessment in his own way.

The effects of Magni’s return

So what does a Dwarf have to think about? Well that whole political situation is pretty heavy on the mind of every Dwarf. Magni’s return is a shock that definitely causes some kind of reaction. Your Dwarf may be happy he’s alive, or wondering what kind of magic kept him alive all these years. They may be wondering just what happened with that ritual that Magni performed back in Cataclysm.

And similarly, they may be happy that Magni decided to leave the Council as it stands. They might look at that as confirmation that the Council is, in fact, working. They may be happy about the reunification of the clans, and Magni’s departure only reinforces the notion that the reunification was in fact a good idea. That Dwarves can work together, no matter their clan. 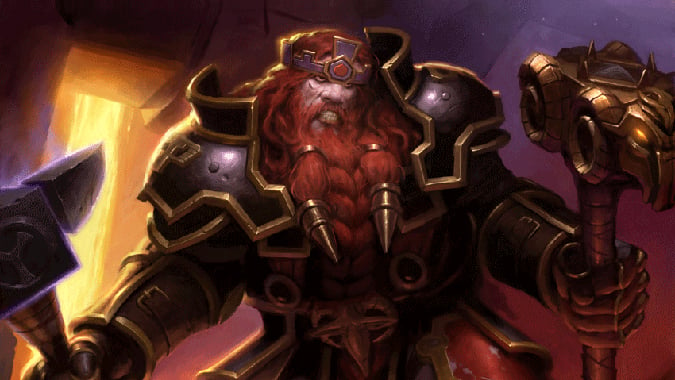 Far more important, the very fate of Azeroth is on the line with the return of the Burning Legion. In their archaeological explorations, the Dwarves discovered that they are descendants of the Earthen — children of Azeroth itself, in a way. As such, it may seem like they have a duty to protect the world from outside invaders, and they may be far more invested in that duty than other races.

And Legion presents an opportunity to embrace their past and look towards the future with an entirely different set of eyes. We’ll be exploring Azeroth’s history, Titan history, the kind of history that holds special meaning to the Dwarves. The Dwarves have an opportunity to discover more about their past, about their very nature than ever before.

Dwarves have an innate affinity with the world, unique from any other race on Azeroth. The depth of that affinity has evolved over thousands of years, but it’s still there, somewhere. Your Dwarf may just be at the Broken Isles for a good fight and maybe a shared brew once it’s all over. Or they may be there because they sense that the world is in danger. Because the Dwarves were once and still are of the earth, the stone, of Azeroth — and Azeroth’s pain is their own. Dwarves may be descendants thousands of years removed from the original Earthen, but they still understand that danger a little more clearly than anyone else.