For Goblins, the world has never really been a place about loyalty or honor. It’s always been about who pays more and who has the better bargain. Events in Mists of Pandaria didn’t exactly pan out so well for the Goblin race, however. The Goblins were working for Garrosh — right up until he decided he wasn’t going to pay what he’d promised.

But all the bargains and all the profit in the world don’t really matter much when there’s no world left, do they? Sure, they might be motivated by greed, but that doesn’t mean they’d like a pile of demons as a new boss. Goblins are just as interesting in stopping the Burning Legion as anyone.

Not every Goblin turned tail on Garrosh Hellscream after the Siege of Orgrimmar was over. Some traveled to Draenor and helped him out. But the overwhelming majority weren’t really interested in continuing to provide services for a Warchief that wouldn’t pay. As allies of the Horde, they helped out Vol’jin instead.

Goblins are very much creatures of their word. When they strike a bargain, they hold to the letter of that bargain, no more and no less. They expect the same from everyone they work with. Sure, killing people might be bad, but what’s much worse, in a Goblin’s eyes, is reneging on a deal.

That’s something to keep in mind with a Goblin character. If your character promises they’re going to do something, there’s a 99% chance they’ll do it. That 1% is reserved for instances in which the terms of the deal change to something that is no longer satisfactory… or if their hide happens to be on the line. Goblins aren’t exactly the bravest of Azeroth’s citizens.

The art of the deal

What this means, however, is that your Goblin should be very careful about what they promise to whom. If someone’s asking your Goblin for a favor, pay attention to how you frame your reply, if you decide to agree to the favor. If it’s a close friend you’re working with, your Goblin might be a little more lenient on what they’ll offer — but if it’s a random acquaintance, they’ll be more careful.

And if someone turns their back on a deal or agreement you made, all bets are off. Given that most Goblins have a proclivity towards explosives, turning your back on one isn’t exactly the wisest idea. Goblins may be pragmatic when it comes to saving their own skin, but they love explosions, and they’re not above the idea of a little petty revenge if the situation calls for it.

This may all sound like Goblins have no sense of loyalty, which isn’t true. It’s just that a Goblin’s loyalty is something that can usually be easily bought. It belongs to the highest bidder. And it doesn’t mean that a Goblin is incapable of backing out of a deal — sometimes, there are some things that just go too far. Garrosh Hellscream went a little too far, and then pushed the envelope entirely when he backed out of paying his Goblin allies. 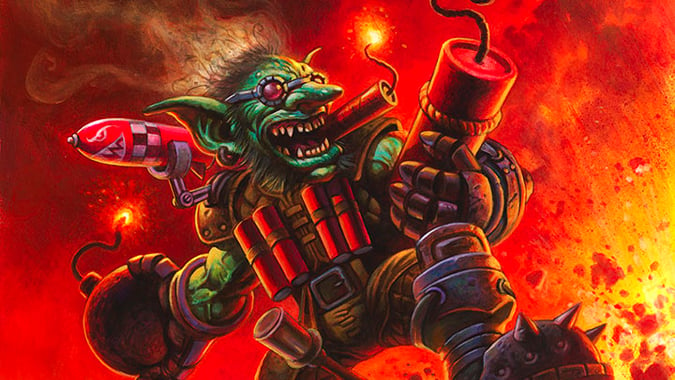 You’d think that a Goblin would therefore be perfectly okay with the idea of the Burning Legion coming around, provided the Legion offered them enough wealth to keep them satisfied. But that’s not really true, either. Joining the Burning Legion doesn’t just mean that you’re doing its bidding – it means that you’re essentially a servant. And while Goblins are perfectly content to work with people, the idea of being subjugated or lorded over? Not so much.

The Goblin race was originally used by the Trolls as slaves, forced to work in mines. It wasn’t until they evolved that they gained the upper hand. And once they had that upper hand, there was nothing that was going to take it away from them again. The Legion wants to enslave the willing, make them part of the Legion, and eliminate the world. That isn’t really going to fly with a Goblin character.

Part of the reason the Goblins had an issue with Hellscream’s reign as Warchief was the fact that he backed out of paying, sure. But another reason was that he was uncomfortably close to viewing them as some kind of servants or slaves. That wasn’t something they were going to stick around for. The Burning Legion? They’re going to fight that as hard as anybody. 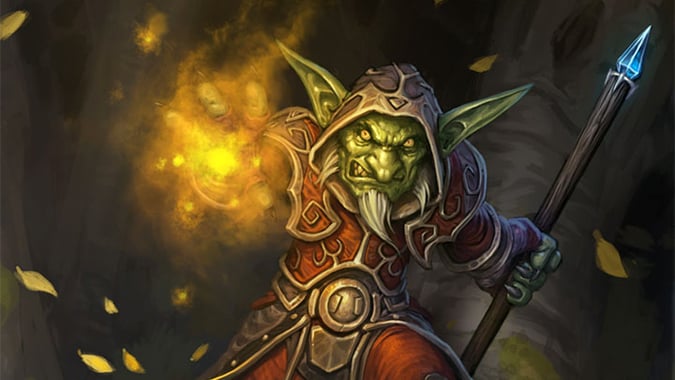 And the Legion has some pretty tempting offers. Unlimited power? Sure, why not. Wealth beyond all imagining? The Legion’s probably got some kind of stash of priceless trinkets and treasures they’ll let your character have. All they need to do is swear their loyalty to the Legion, and it’s all theirs.

It also means your character could conceivably have a nice redemption arc through the course of the expansion, if you wanted to play that route. When things start getting really ugly, they can always have a change of heart. Or they can simply decide that maybe the Legion’s offer isn’t quite as amazing as it initially seemed. The devil is in the details, and there may be a catch or two in all that fine print that they aren’t quite so comfortable with.

If anything is going to test your Goblin’s character, it’s this expansion. The Goblins swore their allegiance to the Horde, and they meant it – Garrosh Hellscream was initially the Horde, but it’s since changed hands. Just because a Goblin can be swayed by tempting offers doesn’t mean that they have no loyalty, no honor – they absolutely do. It’s just that their definition of loyalty and honor is a little different than most.

To a Goblin, loyalty is the deal: the promise, the agreement, the handshake. Honor is that thing that keeps them stuck to their word. Backing out of a deal is the most dishonorable thing imaginable to a Goblin. Changing the terms of the agreement after it’s already been made, that’s dishonorable too. A Goblin isn’t lacking a heart – he just has his priorities.

And the biggest priority to a Goblin is always themselves. It’s rare that you’ll find a Goblin that will sacrifice all that they are for another — that wouldn’t exactly work in their best interests. Getting rid of the Legion, however…that’s kind of vital to their continued existence.

Although there isn’t really much in the way of Goblin lore in the upcoming expansion, roleplayers with Goblin characters still have plenty to work with. The Broken Isles are a mystery to Azeroth, long left unexplored and potentially full of enough rare and exotic artifacts and treasures to bring a tear to any Goblin’s eye. Between that and the burgeoning threat of the Legion – a foe that threatens everyone – Goblin characters should find plenty of opportunity for roleplay when Legion launches at the end of the month.