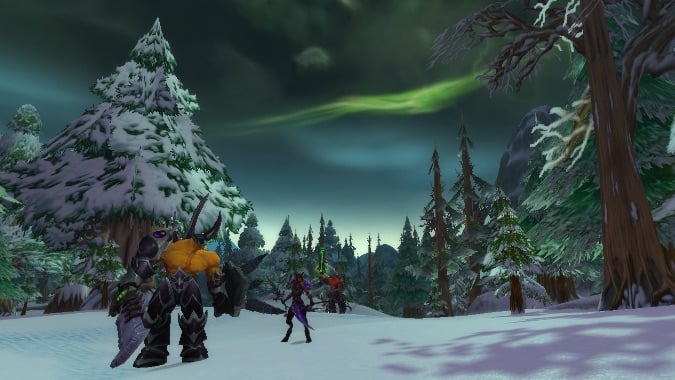 With just a week left until the launch of Legion, the invasion is ramping up. Today, all six invasion zones — Westfall, Dun Morogh, Hillsbrad, Azshara, Northern Barrens, and Tanaris — are active at once. Each invasion still lasts two hours, so if you’re leveling alts or trying to get weapon drops, you should be able to hit them all while they’re up.

I’ve been running a lot of alts through invasions over the past couple of weeks, and if you’re still up for the grind, now you should easily be able to run an alt through all six before they refresh. The XP mobs and bosses are offering right now — whether you solo or fight in a group — can only be described as ludicrous. At the lowest levels, you’ll rack up multiple levels per invasion, and even up into the 70s and 80s it’s not hard to get a level per invasion with heirlooms. And if you invest in Elixirs of the Rapid Mind you’ll really be able to rack up the XP, possibly managing to hit two invasions before it wears off. (Try for Aszhara and the Barrens, which are the closest together, if you’re going this route.) If you haven’t tried leveling alts via invasions, we have a guide to help you out.

Update: We also have a new quest chain from Khadgar. More on it below, with screenshots — so skip it if you don’t want spoilers just yet.

This week’s quest chain is now live, though fairly short. When you log on, Khadgar’s servant should stalk you until you accept the quest. (If you don’t see him and you’ve completed the Broken Shore and earlier quests from Khadgar, try logging off and back on.) 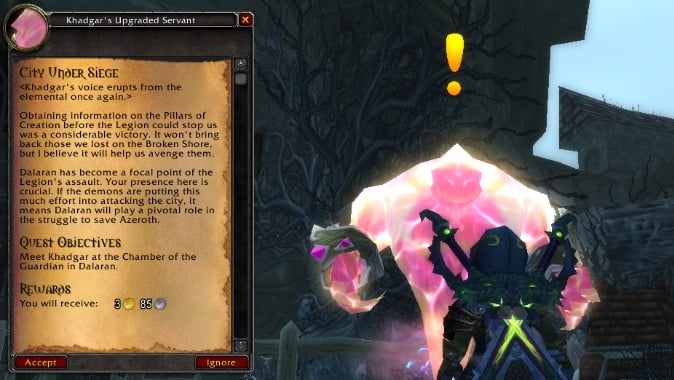 In short, the Legion invaders have finally landed on Dalaran. A Legion ship circles the city, firing on it, while the streets are packed with demons and infernals. And I really mean packed. Dalaran’s narrow streets hardly have room for an infernal and they’ll crop through buildings chasing players because they can’t fit through the doors. Apparently the Legion intends to knock Dalaran out of the sky and it seems they managed briefly, as the city vanished for a while this morning — leaving anyone who logged out in Dalaran to fall to their deaths. (But don’t worry, it’s back. Demon-infested, but back.)

But Khadgar has a plan. A plan that will put you in horrible danger. Well, what else is new? 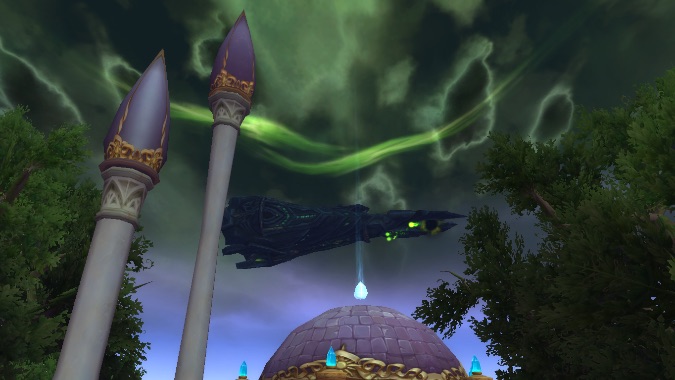 If you take longer than 10 minutes to finish this quest, you’re probably like me and stopped to take lots of screenshots. The only reward for your troubles is the warm feeling of helping others… and even so you haven’t helped that much since Dalaran is still infested with demons and the Legion ship is still making loops and shooting fel fire at it.

This chain, however, will directly lead into moving Dalaran to the Broken Isles and starting our artifact quests. Stay tuned for both next week after Legion’s launch!