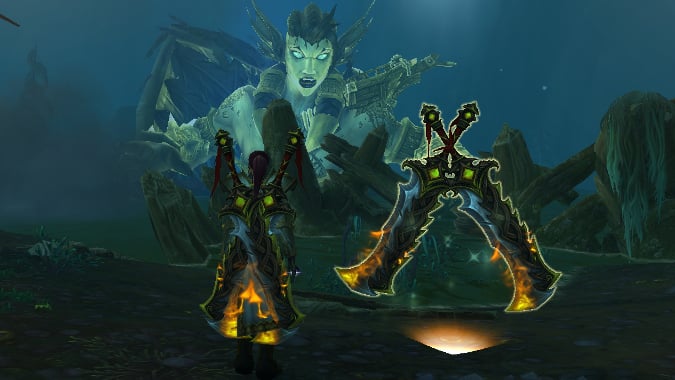 I’m halfway done with Stormheim questing (at least, per the achievement) and I’ve yet to get any Valarjar rep. I’m guessing it’s backloaded in the questing since all zones are supposed to get you to Honored (or close).

Are the other zone reps like this? Or do the Highmountain, Dreamweavers, and/or Court of Farondis give out rep earlier?

Each zone is a bit different, though Stormheim seems to be the one which waits longest to start giving you its zone rep. Even so,  Stormheim brings you to Friendly with the Valarjar pretty quickly — which, if I remember correctly, is what you need to start World Quests at max level. Zones like Highmountain and Val’Sharah start giving you their zone reps much earlier, but Stormheim still isn’t so bad if you’re at the point where you just want to unlock World Questing.

Uther the Lightbringer is suddenly a human? Hasn’t he always been a Dwarf up until now? Why did he buy a race change?

Uther has never been a dwarf. He has always and forever been a human. I’m not sure how you might even get the impression he was a dwarf. The big beard, maybe? He’s always been a human paladin of human stature in a human order of the Light, mentoring a human prince in the lands of humans in a story arc about humanity.

I’m guessing Highmountain would be good for skinning? Isn’t that where Hemet is?

Speaking as someone who isn’t a skinner, I feel like I’ve fought a sufficient number of beasts in all of the zones. Stormheim has certainly sent me after plenty of critters and dragons, and Val’Sharah does, too. I can’t remember if Azsuna had many quests which explicitly sent me to kill beasties, but there are plenty in the area.

If you’re looking to farm leather rather than hoping to come across it in the course of your questing, you can find densely populated areas of beasts in any of the leveling zones.

I guess those who’re 110 by now doesn’t care about the story told on the questlines? Or do they go so fast through content that they don’t even remember what happened, then when doing for real is like new content? Maybe I should rush to 110 on my main and then slowly learn the story on my alts? This confuzzles me.

Personally, I’ve done the bulk of the level-up zones numerous times on beta, so I don’t need to stop and read them anymore. There are still nooks and crannies I haven’t intensely explored, though, which is why I’m currently 109 instead of 110 — I’m intentionally letting myself be distracted by the things I’ve genuinely never noticed before. However, I typically rush my first character to max level to keep up with the pack and get started on max level content, but immediately start leveling an alt. My alt takes it slow, reads everything, looks for everything I missed on my main.

It’s just what works for me. There are some people who like to take it slow their first time, and there are people who don’t care about the level-up process at all and want to get to max for dungeons and raids ASAP. All are valid, I think. I rush once, then I slow it down. Those two characters tend to be my focus for much of the first few months of an expansion and my other alts only come into the picture much later.

are there any auction houses in the broken isles?

Other than the Black Market Auction House under Dalaran, which isn’t a standard auction house, no.

Anyone else hoping they bring level scaling to old world (outdoor) zones as well?

IMHO, the level scaling + spontaneous group content of the invasion event made for very solid gameplay. I hope this is a sign of what we can expect in the future.

I think I’d love it as an option, or some sort of special event content similar to Timewalking. I do still quite enjoy feeling like I’m growing in power; I like going to somewhere like Elwynn at max level and knowing the entire zone shivers in fear when I pass through. But it would also be fun to be able to scale myself down (or have everything scale to me) if I want to participate in something there, or help lower level characters without one-shotting their stuff.

So while I do think the feature should be expanded in some way, I don’t think they should do it precisely as they have in the Broken Isles. They can get creative with it. Maybe an Old World weekend where Ye Olde Azeroth is populated with scaling world quests, sending heroes back to their homeland to make sure it doesn’t get too messy while we’re off dealing with the Legion?

Since the class hall ports were taken out, where is the best place to set your hearth?

Anywhere you want! Seriously. You now have a hearthstone to Dalaran, which has portals to all major cities, including the Vale. You can get anywhere from Dalaran. Put your hearth where you’re currently questing, or an inn near whatever you’re currently farming, or somewhere you frequently visit but is particularly inconvenient for travel. You’re free, now.