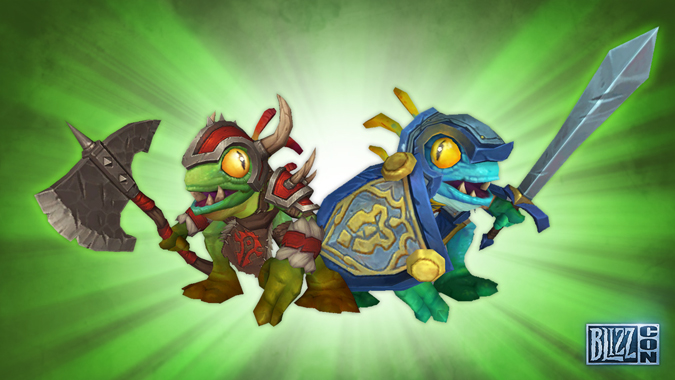 Although people have had their BlizzCon 2016 tickets — both physical and virtual — for quite some time now, we didn’t know what the in-game rewards would be. The wait is now over — Blizzard has just released a list of all in-game items for the event…well, most of them, anyway. World of Warcraft players will get Legionnaire and Knight-Captain Murky, a pair of faction-themed murloc pets ready for battle. For Overwatch players, Blizzard is releasing a special BlizzCon-themed Bastion skin, complete with a Pepe makeover for Bastion’s faithful companion Ganymede. 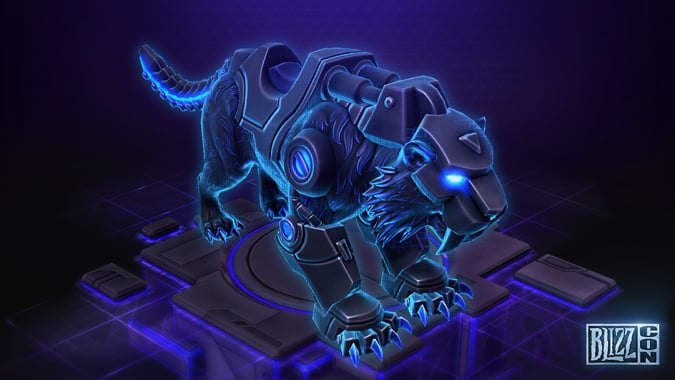 For Heroes of the Storm, players will get a new BlizzCon mount to ride across the battlefields of the Nexus — the Nexus Tiger. And for StarCraft II …  we don’t quite know all the details! There will be a new portrait available, but also mentioned is the opportunity to be the among the first to unlock a fun new piece of upcoming StarCraft II content. What’s the content? We’ll have to wait and find out.

Note that these items are as-yet not available to players, they’ll be released when we’re closer to BlizzCon itself. And if you want to get your hands on the goodies, you can still order a Virtual Ticket for the show. For $39.99 the Virtual Ticket delivers live streams of BlizzCon panels, contests, interviews and more straight to comfort of your own home — and comes with all BlizzCon 2016 in-game goodies as well.