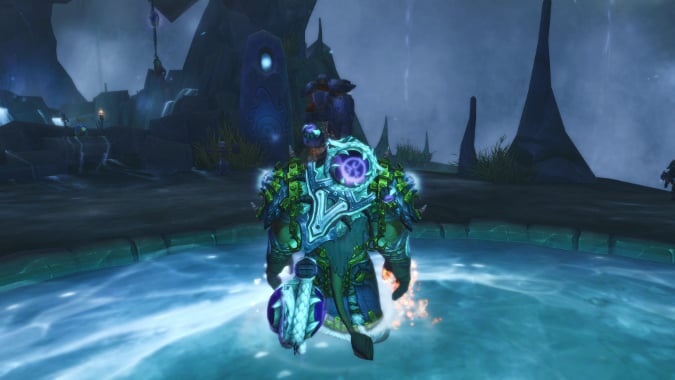 Patch 7.1 Return to Karazhan is live, and brings with it both new content, and class updates. Post patch time is when we need to make sure our interfaces are good, and take stock of where we’re at. Enhancement received very little in the way of updates, and the same goes for Restoration. Elemental Shaman were the focus of our class changes, and today we’ll start with taking a look at those. 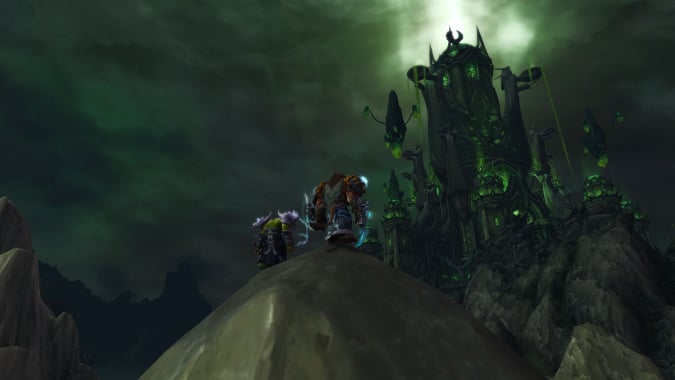 There were a number of tweaks for Elemental this patch. Minor updates included giving Fire Elemental and Earth Elemental totem timers. In terms of keeping track of things, that’s a good thing for any of us using stock UI.

Earthquake Totem has been renamed to Earthquake, and no longer spawns a totem. It’s a simple spell once again. This may seem like a minor, odd change, but I think it’s a good thing. I noticed something the other day while questing — in particular mobs were snapping aggro on totems. If you lead with a totem of any type, the mobs were focusing them down. This was particularly annoying when they were smashing Earthgrab Totem. While I’m not certain if they could have killed the earthquake totem and cancelled the spell, I could see maybe it being necessary to not exactly have the spell be a totem.

Earth Shock has had a damage increase of 15%, and Frost Shock also received the same buff. Honestly, this is something I think we needed. Earth Shock and Frost Shock are our Maelstrom spenders, and while they do more damage based on how much Maelstrom we have, they didn’t feel like finishers. I often look at Maelstrom in the same way as combo points on a Druid or Rogue, and in that regard I think anything that makes use of the resource needs to have some bite. The initial impression of this change is good, and it feels like we have just a little more punch. It was definitely needed, but I’m going to have to run with this in a raid environment to see how much of an impact it has overall on our damage.

Last on the list of changes was to Stormkeeper, our Artifact trait. First is that the ability is no longer instant cast — it has a 1.5 second cast time. That isn’t the end of the world by any means, but it’s something to consider now when casting it. There was also a lovely little buff to the ability as well. Not only does it increase the damage of the next three Lightning Bolt or Chain Lightning cast after use, it also makes them instant cast now. That’s a pretty monumental change. It certainly adds a lot of value to the Artifact trait, and more than makes up for the added cast time. I really want to see how this plays out over the course of a few raid encounters, but initially it feels pretty good. 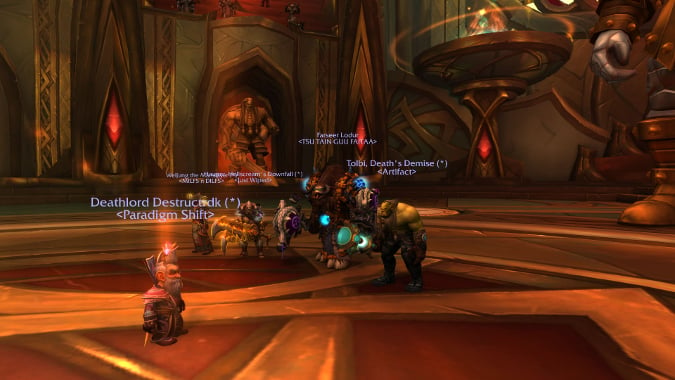 Our other specs didn’t receive quite as many changes as Elemental, but they’re present. Enhancement got a minor update to Feral Spirit  — it received a totem timer just like our elemental friends. Again, very minor update, but something useful for tracking our cooldowns.

Restoration received a slight nerf. Torrent, our level 15 talent, now only gives a bonus 30% to the initial heal from Riptide, down from 40%. At first glance a 10% reduction doesn’t feel like much, but 10% can be the difference between life and death. Anything that reduces the effectiveness of our sole instant heal is never good in my eyes. I tested this out through several Mythic dungeons and it was definitely a change that was noticed. It wasn’t crippling by any means, just something that was noticeable. I’d like to take a moment to thank Weijung, Hauger, Tolbi and Destrucrdk for helping out today and being my guinea pigs.

There were also a couple of changes to our Honor Talents. The cooldown on Spirit Link has been reduced to 30 seconds, down from a minute, and that’s a welcome change. This talent is incredibly useful for staying alive in arenas and the ability to use it more often is something I’m very happy with.

Earth Shield also received a little bit of a buff. It now triggers when the target takes a hit that deals 6% of their total health. This allows Earth Shield to be much more useful, since the heal will be triggered more often. This will be especially useful on targets with large health totals like tanks. I’m looking forward to seeing what kind of difference this makes in PVP.

There were also a few undocumented changes for those paying attention as well. Glyph of the Spectral Raptor received a little visual update to utilize the updated raptor model. Earthbind Totem also snuck back into our spellbooks, and is baseline for all Shaman specializations right now. Seems odd to have both that and Earthgrab Totem, but it’s definitely there.

Overall, it hasn’t been a bad patch for us. Enhancement still hits like a truck, Elemental got a little much needed love and Restoration still feels pretty good. It’ll take some time to see how these tweaks play out overall, but for the most part they feel like they’re headed in the right direction. My gut tells me that Elemental will potentially still need a little attention, but I guess we’ll see in due time.

With the first major patch in the books, how are you feeling after the dust has settled? Are you excited? Do you think we should have received some more attention like other classes?