The Queue: The day is not yet 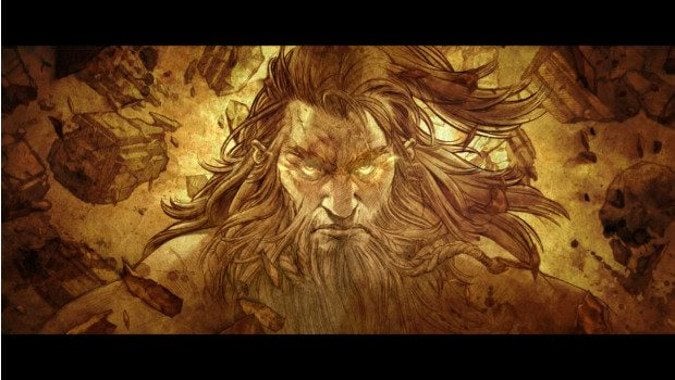 This Queue will be posted on Tuesday, December 6th. My birthday is the day following.

So I guess we’ll just have to not talk about that. If you care, here’s my twitter, and if you don’t we can talk about Blizzard games. Or whatever else you guys talked about in the comments.

Well week 6 of nothing but 25 & 27 gold from the World Boss, including bonus rolls.

I’m sorry. I know your pain all too well.

So I get two quests I have to go to Neltharion’s Lair to get done, one for the Hammer and one for the Death Knight campaign. I thought, okay sure, I’ll queue while I go to the blacksmithing spot in Highmountain.

I had also queued as a tank – hadn’t unchecked that role since WoD. Oops.

So, I decide to give it the old college try and tanked the dungeon in Blood. It went well, thankfully. All’s that ends well!

First time I tanked in this expansion though. XD

It’s a long dungeon, though. I’ve tanked it a couple of times on my DK now and it really feels like they could have just skipped the giant worm boss and shortened the thing.

Still, Blood’s pretty strong, I definitely feel better tanking on my DK than on my Warrior. Maybe just because it’s more fluid and feels more like you’re in control of the situation, I honestly don’t know. But if you’re a DK I definitely recommend tanking a few dungeons, I’ve enjoyed it so far. Truth be told, I even like tanking on my Warrior, the DK is just slightly more fun for me for whatever reason.

Q4tQ: Does Sylvanas prefer listening to Breaking Benjamin or Bullet for my Valentine? I find it slightly easier to imagine her listening to ‘Tears don’t Fall (They crash around me)’ while applying her eye shadow, and shouting into the mirror. As opposed to say Diary of Jane, although I could see her listening to linkin park when traveling or staying in another town.

I am old. And getting older. So I imagine Sylvanas likes bands like Bauhaus, My Life With The Thrill Kill Kult, The Cure (come on, you know she loves Burn) and even though there’s a DK referencing them I think it unforgivable not to mention Siouxsie and the Bansheers.

I already admitted I was old.

Q4tQ: If Lothraxion is killed (let’s say, on Azeroth), do you think he would go to the Twisting Nether with the other Dreadlords, or somewhere else, like Naaru Heaven?

Since he’s infused with the Holy Light, I suspect he wouldn’t return to the Nether. But it’s really just me guessing, I honestly can’t say for sure. For all I know he’d end up next to Bridenbrad forever. Since we know the Light doesn’t abandon its champions (which Lothraxion definitely is) it feels more likely that he’d end up there than in the Nether.

Q4tQ: Does Blizzard normally activate World Bosses on Mondays? Normally I do the world boss over the weekend, but I was busy this weekend and planned to knock out Nithogg tonight, only to find out its now a new world boss.

They don’t usually do it this way, no. I don’t know why they did it this time.

So I’m finally gonna be buying Legion for myself and my brother this month. My question is: was the “Black Friday Sale” the same thing as their “Winter Sale” in years past? The naming makes me think they’ll be doing another sale before Christmas, but the dates match the Winter Sales they’ve run in the past (end of Nov to beginning of Dec). I’m gonna be buying it either way, but I don’t want to buy it and then find out it went on sale the next week.

I wouldn’t be surprised if they had another sale this year.

I would be VERY surprised if they put Legion on sale any time soon. You’re safe to buy it now.

Are there any Netflix-style series that you think could be created in the Blizzard IP Universes?

– “Overwatch: Heroes United” is an obvious one.
– “Agents of D.A.L.A.R.A.N” – Lady Jaina Proudmoore leads a team of enhanced mages to defeat the foes of Azeroth and beyond
– “Dragon Hoarders”
– “Raynor’s Heroes” – WWII-style heist movie
– “Two Murlocs, a Mage, and a Pizza Place”
– “The Unbreakable Varian Wrynn” (CANCELLED)
– “The Orc in the High Castle”

(admittedly, I did the last one a long time ago)

Northrend — think Game of Thrones meets Westworld as Mechagnomes, Iron Dwarves, Scourge and other powers contend to see who ends up on the Frozen Throne.

Sanctuary — hot angsty teenagers played by actors in their twenties and thirties hook up and fight demons in New Tristram.

The Hearthstone Player — A Stormwind PI finds out that there’s a diabolical conspiracy to re-enact Hearthstone matches with actual people, and ends up taking on the ‘game master’ and his secret cabal of ‘gamers’.

Okay, that’s the Queue for today. I won’t be here tomorrow, so make sure to wish Alex… well, nothing, I guess. It’s not his birthday, it’s mine.

Blizzard Watch is made possible by people like you.
Please consider supporting our Patreon!
Filed Under: Hearthstone, Netflix
Advertisement