I know what you’re thinking – World of Warcraft isn’t what anyone would call a “realistic” game. After all, your choices in character races run the gamut from standard human being all the way to massive hoofed bipedal aliens that hold regular conversations with giant, sentient, enigmatic chandeliers.  There’s absolutely nothing “real” about that, no matter which way you look at it.

But the realism referenced in the title of today’s column has nothing to do with whether or not you’re likely to find a Tauren walking down the street on your way to work. Instead, we’re talking about realism in terms of relatability. If your fellow roleplayers can relate to your character, it makes that character feel a little more grounded and a lot more believable. If your fellow roleplayers simply can’t relate…well, it’s very hard to roleplay with a creature you just can’t understand.

So what takes a character from strange fantasy creature to believable, relatable entity? The various qualities they share with pretty much everyone out here in the real world.

Everyone has a family of one kind or another – even if they aren’t around anymore, even if you don’t choose to speak to them, even if they don’t fit one kind of conventional definition or another. If you exist, you had a mother and a father that brought you into this world. What happened after that widely varies from person to person.

Your character has that same initial identity. If they exist, they had a mother and a father at one point. Your character isn’t a sole entity that just sort of began existence from nowhere at all. Somewhere down the line, they had parents – what happened to them? Does your character think about them? Family, whatever shape that might take, is something that’s instantly identifiable to everyone.

Maybe your character doesn’t really talk about their family at all. But that doesn’t mean you should ignore the fact that they existed, at one point in time or another.  If your character chooses not to discuss their family, why is that? Did something happen? How does your character’s family – or lack thereof – affect the way they interact with others?

Your character doesn’t have to be a social butterfly – if you want to play a lone wolf, that’s perfectly fine. But the friends and the relationships they’ve cultivated over time says a lot about what kind of person they are. If they are in fact that lone wolf, how did they get to be that way? Is being isolated and alone their choice, or something they were forced to take on?

If your character does have friends, what kind of people do they hang out with? What kind of people do they usually gravitate towards? Do they like keeping company with loud, boisterous personalities, or do they prefer friends who are quiet and more reserved? Are they constantly spending time with their friends, or do they only seek their closest allies out if they’re needed for something? 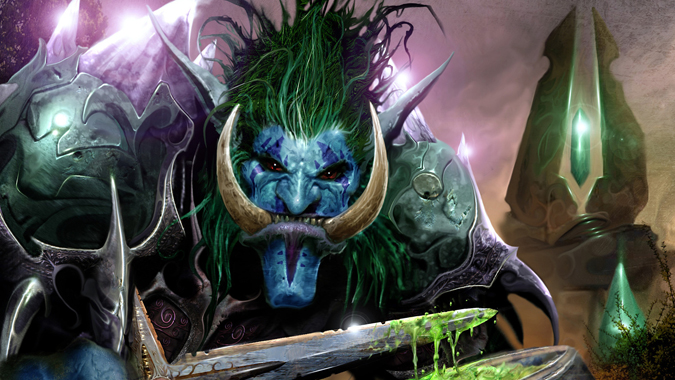 Flaws and beliefs have a direct effect on how your character interacts with the people around them. People don’t automatically get along with each other. They don’t automatically agree on everything. Everyday life is just a series of situations that we tackle using the information we’ve gathered as we grow. It’s how we handle those situations, while navigating around our flaws, that shapes how others perceive us – and how we perceive others.

Nobody is ever perfect. Everyone’s got some kind of flaw – and usually there’s some kind of reason for that flaw to exist. Maybe your character has some kind of deep-seated fear of certain situations or objects because of an experience when they were younger. Maybe they’ve got the kind of gigantic ego born of being incredibly spoiled as a child. Or maybe they’re stubborn to a fault. Maybe they believe they can’t ever possibly be wrong, flat-out refusing to see or acknowledge any point of view that isn’t their own.

If your character is practically perfect in every way, it removes those elements that people can relate to. A character that doesn’t appear to have any preferences, beliefs, or flaws essentially lacks personality. Having a conversation with a person like that is akin to having a conversation with a chair. If there’s no reaction, no back-and-forth banter, why bother starting that conversation at all? Differences make good sparks – and good sparks make even the most implausible creature suddenly seem a little more valid.

Your character may have some really good reasons for their preferences, but they don’t necessarily have to. Sometimes a preference is just that – a preference. Your character simply looked at two things, and decided they liked A over B. Preferences can be anything from food to how they approach a situation to the colors that they like to wear the most.

It might seem like a fairly mundane and silly to think about, but it’s these little things that make a character jump from cardboard cutout to a believable person. Friends, family, hopes and dreams, beliefs and flaws, even just liking one thing over another – these all give other people something to relate to. And when a person can relate to a character, it makes interacting with that character a little easier to do.

Keep in mind that none of this is information your character needs to volunteer to people, of course. Having a character that is heavy-handed with their opinion and preferences – especially if they aren’t asked about them – can be as off-putting as a character with no personality at all. What you’re looking for with realism in roleplay is just that – realism – that spark of personality that defines your character as an individual, with thoughts, feelings, and perceptions of their own.