Valeera brings WoW Rogue gameplay to Heroes of the Storm 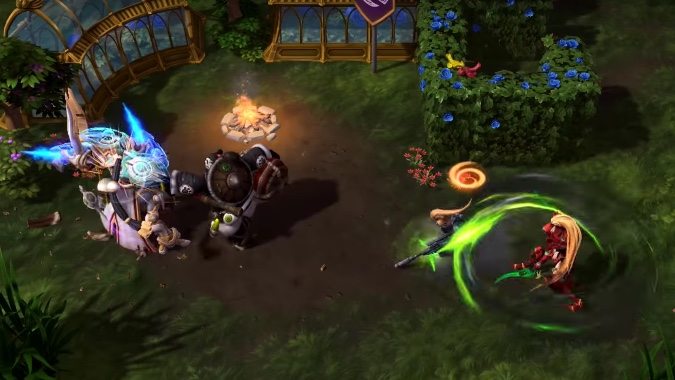 While we got a quick preview video of Valeera yesterday, today’s Heroes of the Storm patch notes have given us a full rundown of her skillset… and it’s terrifying. As my co-worker Matticus says, “Forget the Ragnaros ban, time to Valeera ban.”

Her skills will be familiar to anyone who’s played a Rogue in World of Warcraft, as pretty much her entire skillset is lifted from the WoW. This includes combo points, which some abilities generate and other abilities spend. But what makes her a true terror is her Vanish trait. Valeera can Vanish into stealth at any time, and while she’s there she has a completely different skillset. Did we mention that it’s terrifying yet?

Check out her full set of abilities below — or hop on the PTR to try her out yourself.

Blizzard Watch is made possible by people like you.
Please consider supporting our Patreon!
Filed Under: Heroes Of The Storm Valeera, Valeera, Valeera Skills
Advertisement