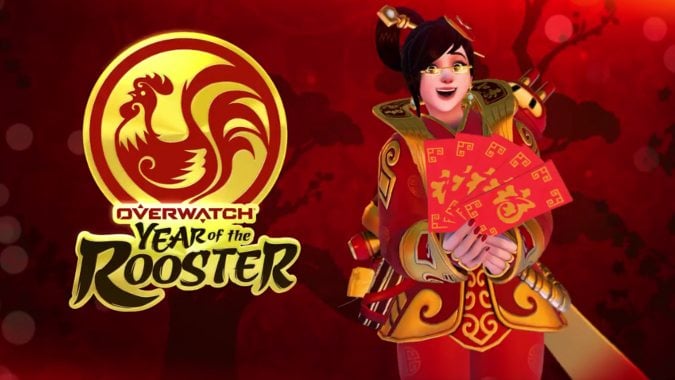 Overwatch will be celebrating the Year of the Rooster starting January 24. Though the full details of the event are unknown, the event was teased late last night with a glimpse of a new Mei skin.

Similarly, the Korean Overwatch team showed off a new D.Va skin with D.Va wearing (what we believe is) a traditional Korean hanbok.

The Chinese New Year has long been a staple celebration in Blizzard Entertainment’s games. World of Warcraft celebrates the Lunar New Year and, in addition to the Overwatch festivities, Heroes of the Storm‘s Lunar Festival event begins January 24, too.

Blizzard Watch is made possible by people like you.
Please consider supporting our Patreon!
Filed Under: Chinese New Year, Lunar Festival, Year Of The Rooster
Advertisement