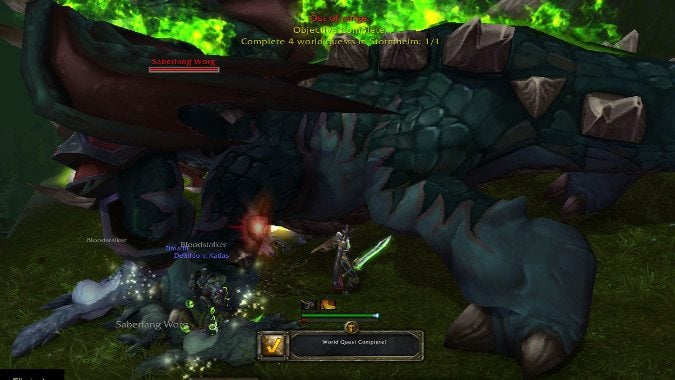 One of the new features in Patch 7.2 is the Legion Assault, a retooled version of the pre-expansion Demon Invasions. These events target a specific zone in the Broken Isles and replace the normal World Quests with more difficult, and also more rewarding, challenges for you to complete. I’ve managed to do most of Stormheim while it was under attack by the Legion, and so here’s my first impression of the Assault, what it does well, and what it could improve on.

The first thing you’ll need to do is find an Assault. This is actually very easy. If you remember the pre-expansion event, it’s exactly like that. The map of the Broken Isles will show you exactly which zone is under attack by the Legion and how long you have to go help them. 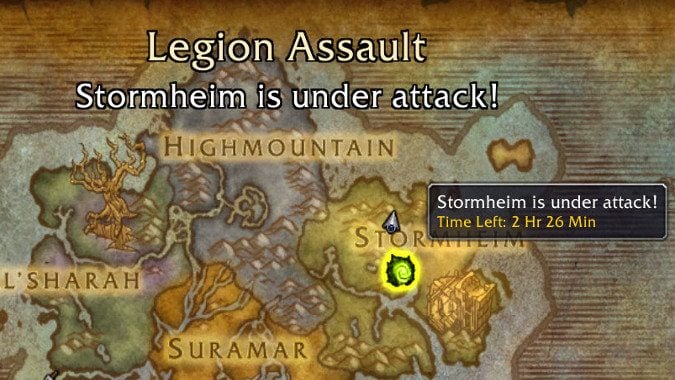 Once you get to a zone, you’ll be given a quest to complete all the Legion Assault quests in an area. If you’re working on reputation or trying to collect Emissary chests, fear not — all Assault World Quests count for the purposes of completing an Emissary in a zone. Also, and I don’t know why, but Kirin Tor World Quests seem utterly unaffected by the change to the zones.

So, once you arrive and get the quest to complete all the Assault objectives, how do you go about doing that? Exactly the same as when you’d just do World Quests, because all that’s really happened is that instead of the WQs you’d normally get you now have a series of entirely new ones involving repelling the Legion. 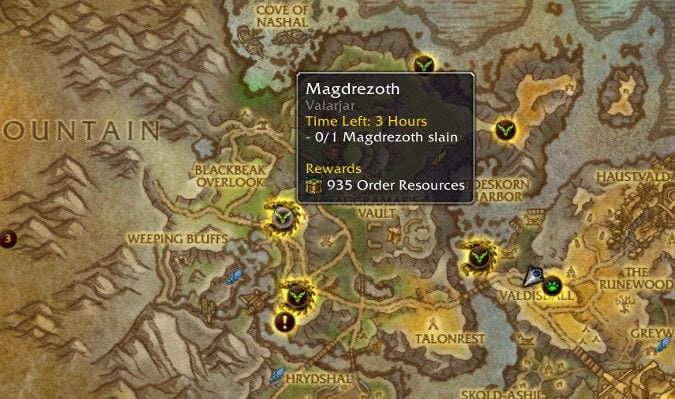 The quests themselves range in difficulty but all seem moderately harder than the current crop of WQs we have in Legion. I went Prot and tanked several of the Demon Bosses and they generally hit pretty hard or have an ability or two that need to be prepared for but they’re not intolerably hard — some situational awareness and you’ll get through just fine, especially once a zone’s worth of players descends on one of them.

World Quest gear seems to go up to 860 now, with a chance to upgrade. I got a pair of 870 pants off of the first demon I killed. 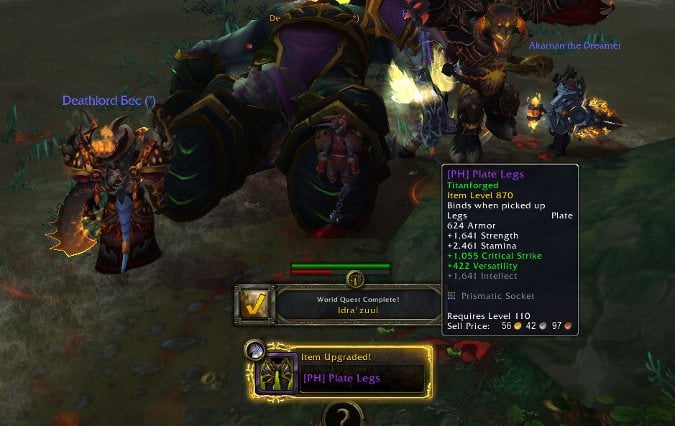 There are some issues, as is to be expected on the PTR. The quest mobs don’t spawn particularly quickly, even with 20 or so players standing around waiting for them. There’s a little bit of a samey feeling to some of the bosses, but they’re mostly big demons of the various types we’ve seen around the Broken Isles already. Keep in mind, I’ve only seen one zone so far, and if the bosses are random, that could be why I’m not seeing much variety. Also, the areas that are go here, kill enough demons to fill this bar, and then kill this commander type quests fill the bar very slowly and sometimes it seems like killing the right mobs in the right area don’t fill that bar at all.

Those are the negatives. The positives are that, in general, the fights are challenging but doable, the loot and other rewards seem better than standard World Quests, and I got to fight Legion-tainted Murlocs alongside a Murloc Demon Hunter.

You read that. You can’t unread it. 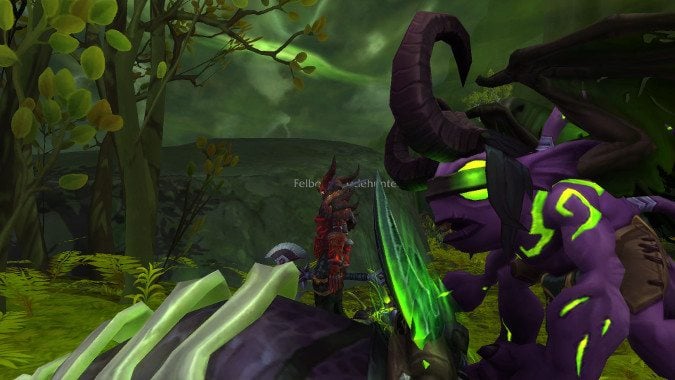 If I were giving the Legion Assaults a letter grade, I’d give them a solid B. I enjoyed running around Stormheim fighting off the Legion. Lore figures like Maiev Shadowsong are the ones giving you the quest, which I enjoyed because yay, Maiev! The quests themselves could use a little more variety, but part of that seems due to random luck of the draw and me not getting to see more than one zone’s worth. You’ll need to pay attention especially if you’re geared primarily from current World Quests, but you can do them. I’m looking forward to seeing this go live and I’ll keep testing them in the meantime. They’re definitely a cool addition to Legion.