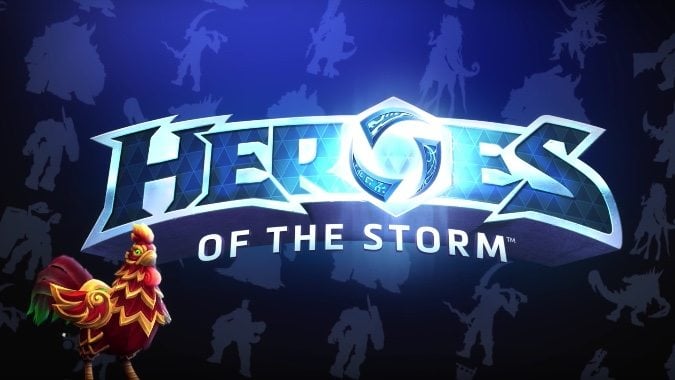 Have you been struggling with the rooster race in the Heroes of the Storm Lunar Festival? Possibly because it’s pretty much impossible? Then we have good news for you, because the latest Heroes balance updates will make it easier. The new patch, which is live now, makes the race appear whenever any player in a match hasn’t completed it that day, increases the race’s duration, and gives you a movement speed boost. All in all, it should make these races at least a little less impossible.

But a balance patch doesn’t come without hero changes, including notable tweaks to Zul’jin, Artanis, and Diablo. See the full patch notes below for all the details.

Developer Comments:  These changes are a continued effort to bring Thrall’s two Heroics closer in line with each other. We realize that these are not the only pick-rate issues he has and are excited to look at him in more depth soon.

Developer Comments:  Our data shows a solid win-rate for Zul’jin’s Basic Attack build (I guess enemies really don’t want axe!) while his ability-supporting talents are slightly under-performing. These changes look to slightly help that while we continue to explore the flood of incoming data.

Developer Comments:  This is the first of a few changes we want to make to Uther. We’re attempting to ensure that he has a distinctive niche beyond bringing Divine Shield. This is the first step in the direction of making him a tankier healer.

Developer Comments:  We’re glad to see the Hierarch as a powerful entity in the Nexus! As players are growing more proficient with his new kit, he’s becoming increasingly more powerful than his competition. We’re using this time to adjust a few of the over performing Talents as a means of toning him down slightly, as well as creating more compelling choices.

Developer Comments:  It’s nice to see the Lord of Terror running amok inside the Nexus once again. These changes are targeted at talents that are slightly over or under tuned and should help equalize some of his Talent tiers.

Developer Comments:  Sonya has steadily been dropping to the bottom of our Hero winrates, primarily because a lot of Heroes fulfill her role slightly better. The focus of these buffs is to improve her winrate, but also to solidify the reason to take Sonya: when you can get a lot of value out of Whirlwind because of the map mechanic, an abundance of Mercenaries, or an enemy team that consistently groups up.

Developer Comments:  We’re pretty happy with Zarya’s gameplay and how often we’re seeing her, but we think toning down her damage slightly is in order to keep her in line.

Blizzard Watch is made possible by people like you.
Please consider supporting our Patreon!
Filed Under: Lunar Festival, Rooster Race
Advertisement