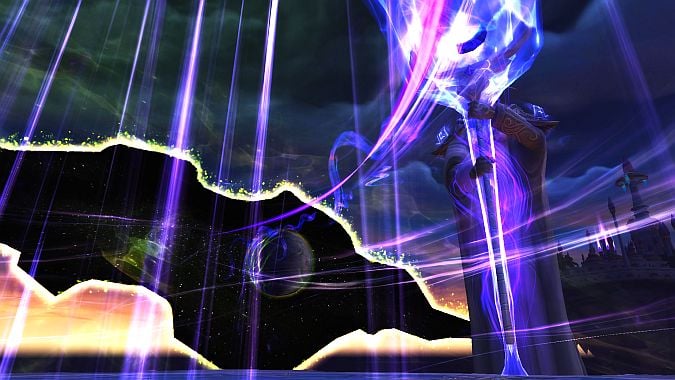 Hello, Shadow Priests! Have you missed me? I’ve missed you. It’s been a while since we’ve talked, but patch 7.1.5 has thankfully given us plenty to talk about. Some of it’s good, some of it’s bad — but the bads aren’t horrible and the goods are pretty dang nice, so I’m still putting 7.1.5 down as a win for us.

I’m getting ahead of myself, though. So how about we take a look at what exactly I mean? This month, we’re taking a look at the not-so-goods. Again, they’re not end-of-the-world bad, but they’re worth discussing because otherwise, we’ll never change anything (and also I ran out of room to discuss the goods). Let’s talk, shall we? 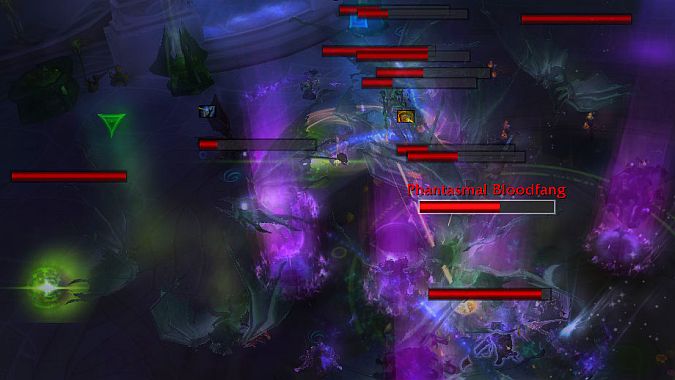 The Tichondrius fight has an entire AOE phase where adds die too fast to Shadow Word: Pain + Mind Flay

Our AOE is frustrating and inconsistent

In patch 7.1.5, our AOE underwent some changes to help streamline our rotation slightly, as well as give us a bit of a boost to what had been a pretty lackluster AOE. Blizzard did this by baking in Mind Sear as a passive effect. It causes our Shadow Word: Pain damage to duplicate to nearby mobs when Mind Flay is cast.

In theory, this is an approach that hits both goals. On groups of enemies, we can pick a target and go through a normal rotation with the added bonus of baked-in AOE. This works incredibly well on a group comparable to the 5-mob pull before Xavius in Darkheart Thicket with. It’s a not-too-small group and each mob has a health pool that’s going to last through a Fire Mage’s Living Bomb.

However, this approach doesn’t work well on groups that are actually intended for AOE. What I mean by this is that groups of several mobs (usually non-elite) clearly designed for AOE cannot actually be AOEd by us — they die too quickly. An example of this one would be the imps after the first boss in Vault of the Wardens. In theory, you should DOT one and Mind Flay. In practice, you can barely get a Shadow Word: Pain on one before it’s dead.

Before the patch, the go-to method here was to target the tank with Mind Sear and let them do their thing. Your AOE lasted its full duration and did the highest possible damage. Unfortunately, we don’t have that option now. Our baseline AOE is dependent on another spell. And unlike Seed of Corruption or Living Bomb, ours does nothing if the target dies. Which is not to say our AOE should be homogenized more — it shouldn’t. Rather, our AOE shouldn’t feel as frustrating as it does on groups designed to be AOEd. 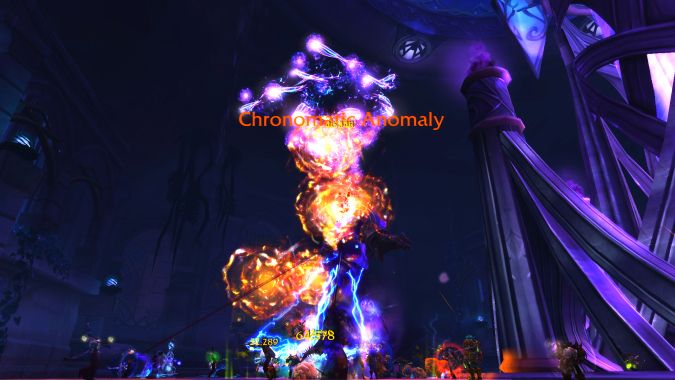 The heart of the AOE issue

The problem with all of the above is that there’s a massive disparity in how much damage we pull on AOE packs. In ideal circumstances, I’ve pulled over 1 million DPS (humblebrag). In quite a few more, I’ve recast my Shadow Word: Pain several times hoping someone else didn’t attack my mob and kill it before Mind Flay. Even if I do manage some AOE, it’s not even close to half as good as I know Shadow is technically capable of.

I get that not all AOE is going to be equal, and not every pull will be as opportune. But there is far too large a difference in the numbers we can pull in ideal situations versus less-than-ideal situations. This also happens to lead to a disparity in how fun it feels to AOE. Good AOE pulls feel amazing. Bad ones feel frustrating to the point where you don’t even want to try.

Which leads me to my next point: Patch 7.1.5 has completely destroyed Shadow Priests’ ability to AOE old content. Before, even if Mind Sear insta-killed our target, it still did its AOE. Now, we need to apply Shadow Word: Pain first… but Shadow Word: Pain kills most targets. This leaves us with a few options, and none are exactly appealing:

Yes, the second and third options technically work. But switching to a spec I literally never use (one with far less DPS potential) or going in with a cooldown AOE is not fun. It does not encourage me to farm old content as Shadow. So what can we do? 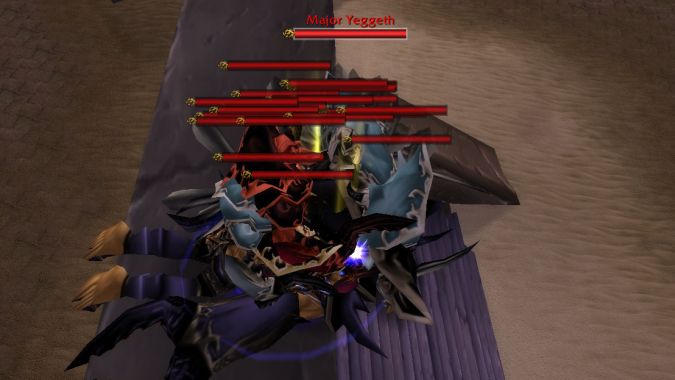 How can we fix Shadow AOE?

It’s easy to point out the problems with our AOE, but fixing them and still maintaining the original goals is a bit trickier. Frankly, it’s something I would love to hear from you all about, because I can only get so far thinking to myself. That said, here are a few ways I can see our AOE improving.

1. Give us a Holy Nova-like ability

This is the simplest solution because it means Blizzard wouldn’t have to change the tuning on any of the changes made to AOE in 7.1.5. “Shadow Nova” could hit for very low base damage, but still enough to get the job done in old content and make us feel like we’re at least doing something in new content.

If Shadow Word: Pain didn’t instantly deal damage on cast, we wouldn’t have to worry about killing an enemy before getting a chance to AOE with Mind Flay. It’s a simple solution that would fix the issue of farming old content. Unfortunately, it wouldn’t fix the issue of low-health AOE packs.

I mentioned this above, but Shadow Word: Pain could also technically be changed to do a small amount of AOE damage when it expires instead of up-front damage on cast. But again, this not only means our AOE feels more like our cloth-caster brethren, it also means balancing our AOE around two different effects. Possible, but not something I can see Blizzard doing.

3. Flip the system on its head

I really miss being able to target a tank and watch my AOE go to work. But I can’t see Blizzard just outright going back to the old Mind Sear, so let’s get creative.

What if we could activate something to make our Shadowform itself deal AOE damage? I mean, wielding the Void isn’t for everyone, and that could easily be channeled into making our Shadowform more unique.  It could be something like Void energy seething from us to damage nearby enemies at the cost of single-target damage to balance things out. But it would still add a uniqueness to Shadow that other casters don’t have.

Sure, making us run closer to melee range is probably not going to happen. But hey, we’re the spec with a talent that literally kills us. It’s not like it’d be the first time we put ourselves in danger for the sake of power. 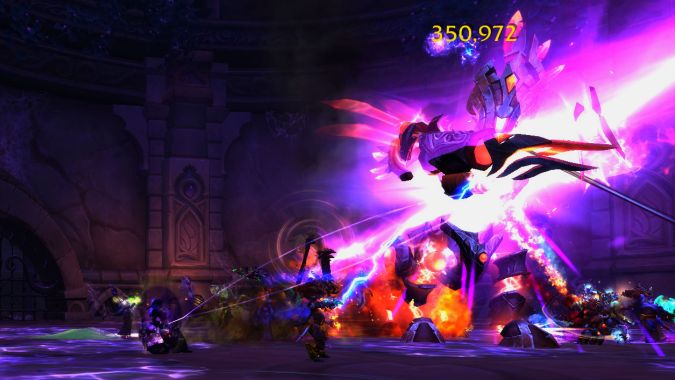 The search for perfect balance

If anyone at Blizzard happens to read that, I’m sure they’ll laugh and/or cry. Don’t worry, I’m being slightly facetious. I know it’s not actually possible to make things perfectly balanced. What I do want to see when reevaluating our AOE, however, are these goals:

Personally, I’d take an AOE DPS loss to make the above happen — though I know not everyone has the same issues I do with our current AOE and would be happy to see it unchanged. The goal is to make AOE less frustrating. I’m not entirely sure how it can be done, but hopefully there’s a solid compromise.

Until we have one, I’d really like to hear what you guys think could (or should) be done to our AOE. And if you don’t want it to change, I want to hear that too! We’re all Shadow Priests here, and the best solutions sometimes come from debating.

Until next time, always remember: Spread your DOTs, and your love.

Blizzard Watch is made possible by people like you.
Please consider supporting our Patreon!
Filed Under: Patch 7.1.5, Shadow Priests, Shadow Word
Advertisement