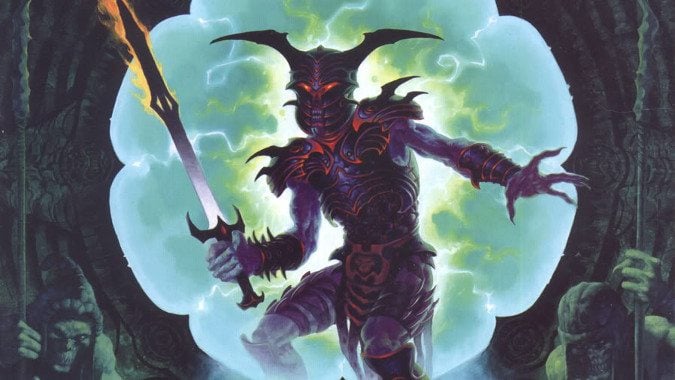 Cael1982 did a Spellbreaker class up in the comments yesterday. It’s not something I felt like I had a great answer to for today’s Queue but if you’re into that kind of thing (I always enjoy a bit of game design for fun) you should go read it and see what you think.

so the Heroes of the Storm event starts tomorrow. Anyone going to jump right in on launch day to start working on it, or are you going to be super chill and casual about it?

For me, it’ll probably be both, if anyone is on tomorrow night and wanting to play. But I’m not going to try and rush things. Just going to enjoy playing the games with friends.

We’re supposed to do this on the leveling stream this week so I probably won’t do it before that.

I got a legendary from Levantus this morning. Yay! Oh, wait… I still had my loot set to “current spec” and got into the raid as a healer. >.<  I main Balance for raid, so this is less useful than I’d like.

On the plus side, when Dreamwalking back to Moonglade after that almost-a-disappointment, I got my Duskwood screech! Golden hootmeow is mine. <3

I had this exact thing happen to me when I went Prot to do some WQ’s in Suramar and got a Legendary from the emissary cache… only I forgot that I was Prot and ended up with this ring.

So yeah, it turns out there still is a good reason to set your loot specialization, and that reason is because if you get a legendary while you’re offspec you may not like it. I mean, the ring was an enormous stat upgrade so I still ended up using it.

I think it would be neat if Stormwind ended up getting completely destroyed and there was no longer a major Human capital and we all moved back to Ironforge being the good city, again.

Sure, if Jaina can finally blow Orgrimmar off the map and the Orcs all have to go live in Thunder Bluff.

Honestly, I was a player back when Ironforge was the big deal because it had the AH and nobody else did. Then they made linked AH’s for other capital cities and since then I’ve never considered any particular city to be the most important one. And why should I? The only reason I ever go to Stormwind is to use the portals there to get to older content for transmog farming. And I’m just as likely to use the portals at the Shrine in Pandaria or the ones in new Dalaran.

So basically, I already don’t use SW much at all and I don’t get why we’d need to blow it up. But I’m fine with it happening as long as Orgrimmar gets destroyed too. That city is an eyesore.

As far as I know, there are only three black dragons left with enough sanity left to pretend to be a Prestor. (There are no actual Prestors, the first one was a guise Deathwing put on to pretend he was a Human noble, the second was his daughter Onyxia, and both of them are dead)

There’s Wrathion, there’s Ebonhorn (and he’s busy basically being the Anti-Prestor for the Highmountain Tauren) and there’s Baren Sablemane/Sabellian out in Blade’s Edge. As far as I know, that’s it, and since the blue dragons in Azsuna seem to be saying no new eggs are hatching for dragons anymore, there won’t be any new black dragons any time soon. So if a new Prestor showed up, it would have to be one of those three or some previously unknown black dragon who’s been hiding all this time.

Either way, if you didn’t mean a dragon, there are no actual Prestors as far as we know. It would be kind of funny if there actually is a noble family up somewhere in the north of the Eastern Kingdoms totally unaware of what a bunch of black dragons have been doing with their family name, but at present that doesn’t appear to be the case.

This is how old school I am — when I saw this one I only recognized the term as the name for a particular class of Githyanki Fighter/Wizard types from the old AD&D days. I had no idea it had become a general term for any class that mixed melee combat and arcane magic and my immediate thought was Man, imagine if Blizzard and Wizards of the Coast actually made a deal and Githyanki and Githzerai started showing up in WoW? That would be so cool and of course I was utterly sidetracked for fifteen minutes imagining the Githyanki Lich-Queen invading Azeroth with a host of red dragons and astral ships.

Frankly I’d love an entirely new kind of enemy that wasn’t Scourge, Legion or Old God related, so that would have been pretty sweet as far as I’m concerned.

But now that I know the term has become a general catch-all for ‘Guy who uses arcane magic and swords too’ I think Spellbreaker would definitely qualify as that. Heck, Demon Hunters are kind of like that too, only with Fel instead of Arcane. (People have already pointed out Paladins and DK’s sort of qualify as well, and I’d give the nod to Enhancement Shaman) and I think Spellbreakers as a kind of Arcane DH in terms of what they did would work pretty well.

I’d definitely like to see a third mail class. And if we decided we didn’t want Spellbreakers, the long mentioned but never actually seen Runemasters could also fill that role.

Blizzard Watch is made possible by people like you.
Please consider supporting our Patreon!
Filed Under: Gish, Githyanki, Githzerai
Advertisement