Heroes of the Storm patch notes for April 4 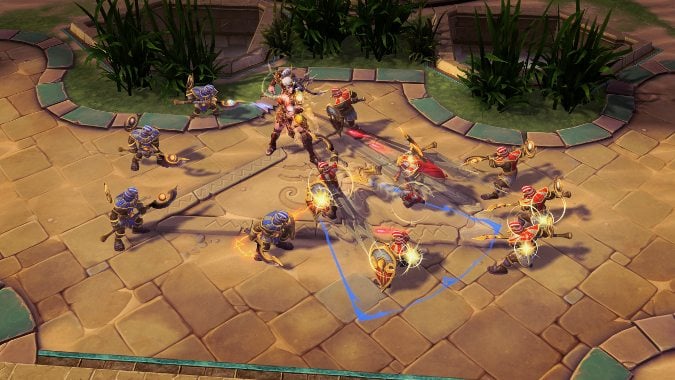 The latest balance patch hit Heroes of the Storm today along with new hero Cassia. This patch includes a number of quality-of-life changes for the game in general, including alterations to targeting while stealthed and the hit boxes of some heroes. In addition, Nova’s Amazon skin received some recolors to avoid confusion with Cassia, and E.T.C. has received some balance changes to bring him more in line with other warriors.

After shattering the Worldstone, the young Amazon Cassia had changed. She had seen hatred, terror, and destruction firsthand. If the Askari were to survive the coming darkness, they needed an army. She would begin their training immediately.

Developer Comment:  We’ve received a very positive response to shuffle pick in our one lane battlegrounds and decided to add this to Lost Cavern. Players can still do complete random with Lost Cavern in custom games and don’t plan on changing that for the die-hard pure random players.

Developer Comment:  These changes to E.T.C. are a continuation of our attempt to align Warriors with a “big picture” role, so that we can continue to see a variety of them regardless of who’s really strong at the moment. Alongside a lot of specialization, we need a couple generalist Warriors, and we think E.T.C. (as well as Muradin) should fill that role. They should always be a safe pick for your team because they fit into every team composition or battleground, but may be outperformed by the specialized Warriors in their ideal situations. We found that having Attack Speed on his Trait pointed him toward Basic Attack teams and maps like Battlefield of Eternity, where sustained damage was important. Instead, we’ve decided to add general Armor, but wanted to make sure that it still had that fun “bard” style gameplay where playing optimally includes spreading out abilities. We’ve updated Show Stopper to provide less Armor, because stacking Armor makes every point more and more valuable. Lastly, we’ve reduced Echo Pedal’s damage against non-Minions and Mercenaries so that it’s the obvious pick when you need wave clear, but Hammer-On and Pinball Wizard are better during a team fight.

Blizzard Watch is made possible by people like you.
Please consider supporting our Patreon!
Filed Under: Cassia, Patch Notes
Advertisement