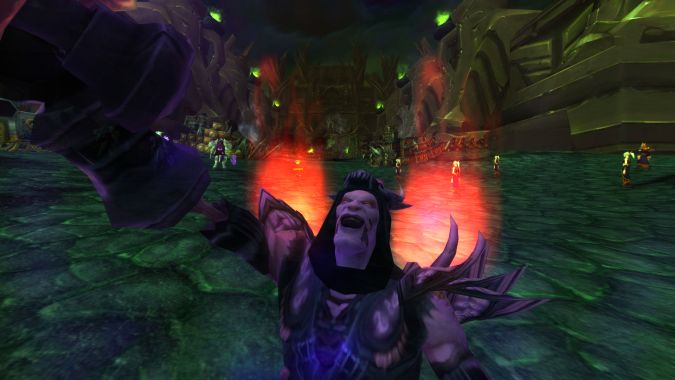 It’s been barely over 2 weeks since WoW‘s Patch 7.2 launched, but it looks like it’s time to start thinking about what comes next. True to Ion Hazzikostas’ “always something on the PTR” statement at BlizzCon, Patch 7.2.5 will be hitting the PTR very shortly. And while this is a patch Blizzard considers to be “smaller,” it comes with a few updates sure to have players champing at the bit.

Likely to be the biggest of those updates is the addition of Black Temple Timewalking. It’s not exactly clear how this will work — Will it be something we queue for like LFR? Will it be meant for coordinated raid teams? Will it be limited to a weekly bonus event? — but it’s exciting all the same. Excluding the Molten Core event which was limited to WoW’s anniversary, this marks the first time an old raid will be available through Timewalking. It’s probably safe to say this will be a good way for Blizzard to gauge player interest in future Timewalking raids.

Also of note is the Trial of Style, which is described as a “transmog competition” and will be one of the first events players can test when the PTR goes live. In addition to this, there are some very interesting strings found via datamining that refer to an “Azeroth’s Warning” scenario. Sounds kind of like a lead-in to the next expansion, if you ask me.

There’s a lot more than just the above — did someone say “dance party”? — coming in Patch 7.2.5, and you can check out the full development notes below:

Originally Posted by Lore (Official Post)
Welcome to the Patch 7.2.5 Public Test Realm! To kick off this phase of 7.2.5 development, we’d like to take a moment to give you a short synopsis of our major goals and content for this patch, as well as what you’ll be able to experience once PTR realms are active.

Similar to Patch 7.1.5, 7.2.5 is what we’re considering a “smaller” patch for Legion. That said, it still has some pretty substantial content updates, including:

Another key focus for this patch is on class design, particularly for a few specs that need some extra attention. We’re likely to end up making adjustments for many specs to some degree, but we’re currently looking primarily at:

Thanks, and happy testing!

Anything in particular you’re looking forward to? Personally, my biggest questions are how the Black Temple Timewalking will function and what the heck Azeroth’s Warning is.