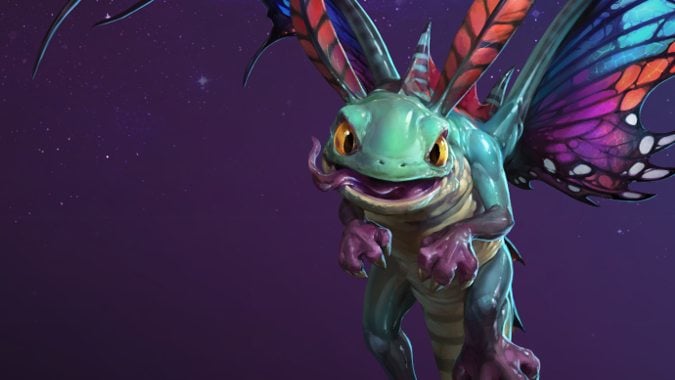 Do you see The Broken Shore becoming a ghost land soon? A lot of people will be hitting exalted in the next few weeks and then there is little reason to grind world quests there anymore. Even grinding nether shards won’t last much longer unless they add more rewards to the vendors. I feel like this content just wasn’t built to last.

I imagine it’s going to hold up just as well as any other max level zone they’ve released has held up. That is, it’s going to hold up fine until the next thing is released, at which point everyone will move on. That’s what happened with the Timeless Isle, Tanaan Jungle, even ye olde daily quest hubs like Ogri’la.

I do think The Broken Shore is smaller in scale than some of their other max level zones, but The Broken Shore isn’t the final piece of content we’ll get in this expansion, either. It’s less Timeless Isle and more that place with the dinosaurs with a name I can never remember. Isle of Thunder? Isle of Giants? Monster Island?

I suddenly remembered Asric and Jadaar today. They were a fan favourite back in TBC and carried through to Wrath because of it, but I haven’t seen them in new stuff in years. Did Blizzard give up on the best in-game romance?

If I recall correctly, Asric and Jadaar were added to the game by one specific developer. That dev left Blizzard somewhere during Wrath of the Lich King, maybe early Cataclysm. While other devs certainly could use those characters, no one has done so. Out of respect? Disinterest? Who knows. But their creator has moved on.

What character would you, if you could, have a long chat with? They can be a bad guy or good and they wouldn’t be interested in killing you as it’s just a theoretical waxing of thoughts? Personally, I’d love to talk to Khadgar as I can imagine he would be fun and extremely knowledgeable to chat with!

Jaina. She’s cool. She used to be cool, and she’s still cool. I think it would be nice to hang out with Jaina and see what she’s like when people aren’t actively murdering her loved ones. She also strikes me as one of the few persistent characters in the game who would actually enjoy downtime. We know she has hobbies. There are very few characters who give any indication of what they do with their lives outside of yelling at demons.

HoTS Q: what’s your favourite combo to pull off in game? The Kerrigan Drag into Stun? Alarak Drag into Silence? Dehaka Drag into towers? (There’s a lot of dragging going on I just realized)

For me it’s when you take the Flipping someone resets the cd on Shadow Charge as Diablo. You charge them into a wall, flip them and charge then into the opposite wall. It feels so impactful!

Li-Ming specced into Calamity, adding damage to her Teleport. There’s no greater feeling than seeing the stars align in a team fight. They’re grouped up, someone is low health… Teleport, Reset, Teleport, Reset, Teleport, everyone is dead. It’s just a video game, but pulling it off is the kind of thing that makes me want to jump out of my desk chair and bellow a warcry.

Which Heroes of the Storm hero has the best gag quotes, in your opinion?

Does it specifically need to be gag quotes or can they just be funny quotes from a funny character? Personally, I love Brightwing’s quotes. Pretty much everything Brightwing says. I want the Brightwing announcer so bad. Chomp, chomp, chomp!