Role Play: The logistics of length in roleplay

A large portion of roleplaying comes from the creation of a compelling character. You want to make a well-rounded character with an interesting background, for any potential exploration into that character’s past. You want to give them good motivation for everything they’re doing in the present. And you want to give them a good reason for moving on into the future, and dealing with future events.

But beyond character development, roleplay is about writing. That’s how you interact with people, and how you tell your stories. One of the common misconceptions with roleplay is that longer replies = better writing. There’s nothing wrong with a lengthy post, but it doesn’t automatically make you an amazing roleplayer. You don’t need to be an award-winning writer to roleplay…and you don’t need to write novels while you roleplay, either.

So how do you know if you’re going overboard? How do you dial back your writing? And when is it acceptable to write paragraphs at a time? 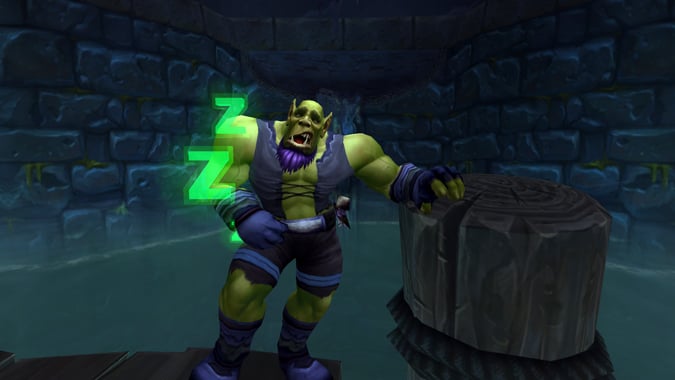 There is no “perfect length” when it comes to roleplaying — you can take as many or as few words as you need. But while some people might be overjoyed to have a lengthy reply to read, others aren’t quite so keen on the notion. That’s what you have to keep in mind here. It’s not about how much or how little you write, it’s about how other players respond to that. Some roleplayers have shorter attention spans than others. They may not be interested in reading lengthy replies — which means your efforts and your words are going to be wasted anyway.

The other major issue with lengthy posts is that it extends the time you spend roleplaying. It’s going to take you more time to write out a lengthy post. Once you’ve posted it, your partner is going to have to read that entire lengthy post before they can work on composing their own reply. They may feel obligated to write something of a similar length — and before you know it, that quick RP session has eaten several hours out of your day.

In group-roleplay situations, that issue of time vs. length gets even larger — the more players involved, the longer it’s going to take for people to read and reply. This isn’t to say that your roleplaying posts need to be kept to a sentence or two, but it’s worth it to take a look at your roleplaying and ask yourself if you’re going overboard when you don’t need to be. 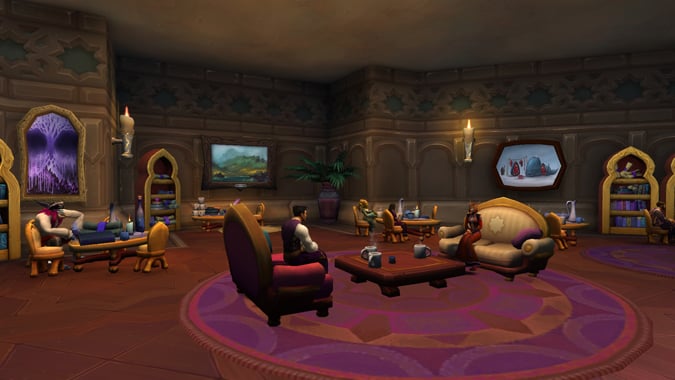 Words for the sake of words

First things first — take a closer look at your writing. In any given reply, are there points where the sentences you’re putting out there aren’t actually relevant to the situation at hand? Describing what your character is doing while speaking is fine, if it pertains to what’s going on. But there’s such a thing as going too far. If your character is making tea while they’re speaking, it’s worth mentioning. But you don’t need to write out each individual step in the process. {PB}

Are you writing for them, or writing for you? Ask yourself this question while you’re composing a reply. Keep in mind that your partner is going to be responding to what your character is doing. Is what you’re writing something that warrants responding to? In the tea-making example above, do you want your partner’s character to know all the steps? Do they need to know? If the answer is no, then you may be jumping into filler territory — and filler can always be cut.

Another thing to watch for is vocabulary. There’s nothing wrong with having an extensive vocabulary. But if you’re making people whip out a thesaurus just to understand what you’ve written, you may want to dial it back a little. You aren’t writing a novel here. Once that roleplay session is over, it vanishes. There’s no need to fill your replies with purple prose, when all that fancy dialogue is going to scroll off the screen at the end of the day.

Keep your roleplay concise by only responding to and handing over one point at a time. Add in a little action if you deem it necessary, but don’t give your partner a litany of things they need to reply to, one by one. Focus on the topic you’re discussing, and once that topic has been resolved, move on to the next point of conversation.

Focusing on one point at a time doesn’t just help you cut down on length — it also makes it easier for your partner to follow along with the roleplay. They can read what you’ve written in a reasonable amount of time, and think about that item while constructing their reply. And they don’t have to wonder or worry about which point they need to be replying to, because you’ve only given them one to work with.

Sometimes lengthy replies can be fun. If you and your partner set aside hours to roleplay, there’s nothing wrong with taking your time. If you’re roleplaying outside the game in a medium that isn’t limited by time constraints — for example, via email, forums, Discord, or other sites — it’s fine, too. In those kinds of situations, it’s less live-action roleplay, and more like writing a story together.

But if you’re in-game on a time limit, you may want to streamline your responses. Other situations warrant streamlining as well. Combat scenarios should be fast-paced, to reflect the action going on. Group-roleplaying situations should be streamlined, too — particularly if you’re working with a much larger group of people, like in the case of a roleplaying event.

Essentially, you want to balance your roleplay around your partners, and the amount of time available. Not everyone has hours for roleplay. Some people prefer to get to the point in conversations. Others are fine with lengthy replies. If you feel like you’re being too wordy, pipe up and ask your roleplaying partner if they’re all right with the length. If your partner is being a little verbose, ask them if they’d consider cutting down the length of their replies. Alternatively, ask them if they’d like to move the roleplay somewhere out of the game, where both of you can take all the time you need.

There isn’t a magic characteristic that denotes a “good” roleplayer. You don’t have to write a certain way. It doesn’t take several novels worth of replies to make your roleplay “good.” All you need to do is make sure you’re having fun, and your partners are having fun as well. As long as you hit both of those notes, it doesn’t matter how many words it takes to make them happen.