One of the weirder little mysteries from patch 7.2.5 was the Deaths of Chromie scenario. Not because of the scenario itself — a wild tangle of twisting timelines and a race to prevent Chromie’s inevitable demise. No, the bigger mystery is the question of who, exactly, was trying to kill the Bronze Dragon. It’s a question that has yet to be answered. Chromie wasn’t really interested in finding out at the end of the scenario, so the puzzle remains unsolved.

But if we take a look at what’s happening in the scenario, we can at least come up with a few theories on the subject. Sure, Chromie might be willing to simply forget everything that happened…or didn’t happen, after our meddling. That doesn’t mean, however, that we shouldn’t be giving the incident a closer look.

The attacks originate, oddly enough, from the Dragonshrines — minus the Bronze, which is completely inaccessible in the scenario. But they don’t come from the dragons associated with those shrines. Instead, each shrine is under attack — similar to the issues we saw in Dragonblight during Wrath. These assailants aren’t actually after the shrines, they’re simply setting themselves up in good vantage points for an attack on Chromie.

In the Ruby Dragonshrine, the place is being overrun by Undead. It’s a little unusual, considering the new Lich King is supposed to be keeping things in check up in Northrend. The attack is being led by Talar Icechill, and the lich doesn’t appear to have any obvious allegiances to the Lich King, other than obviously being Undead.

Over in the Obsidian Dragonshrine, the Burning Legion has come to play. Yes, there are Undead creatures roaming around, but they were the work of the nathrezim Zorathides. Interestingly, Wrathion makes a token appearance at the entrance of the shrine. He’s puzzled at the activity, but knows nothing of the attacks — he was simply stopping by for his own amusement, nothing more. 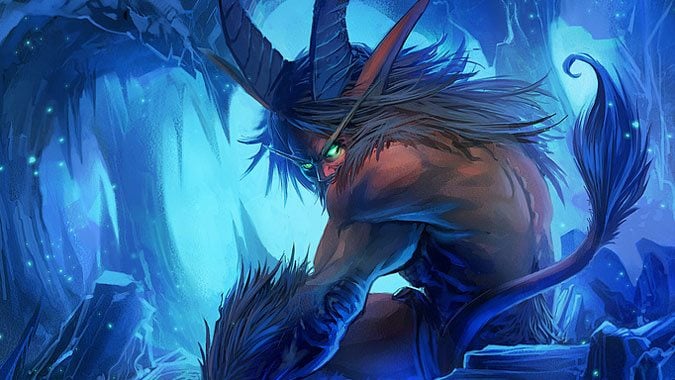 In the Emerald Dragonshrine, clever creatures have infiltrated and disturbed the dreams of the Druids in the area. They’re led by the satyr Thalas Vylethorn, who has summoned the Dream Tormentors from the Emerald Nightmare — despite the fact that by this point in the future, we’ve already dealt with the Emerald Nightmare. It would appear, then, that we either didn’t clear things out as completely as we’d thought…or the Nightmare has made another resurgence. Given its origins, this isn’t exactly a surprise — especially when we look at the Azure Dragonshrine.

The Azure Dragonshrine is overrun by shadowy creatures, led by the Void Gargantuan. Choosing the Azure Dragonshrine seems to be a deliberate move. The Void Gargantuan is feeding directly off the ley lines in the area, and leeching enough power to fire a shot at Wyrmrest Temple. This is…a little disturbing, implications-wise. We know the Old Gods go hand-in-hand with the Void, and we know that Yogg-Saron still appears to be very much active, due to the ambush players experience while visiting Magni in Ulduar at the beginning of the expansion.

That’s really the crux behind all of these attacks. It’s not the attacks themselves — although that’s definitely an issue — it’s the fact that all four of these Dragonshrines have been infiltrated by outside sources. And as we know from the end of Cataclysm, the Aspects expended their powers to defeat Deathwing. Essentially, each of these four areas represents potential sources of power — power that can be stolen or usurped with very little to offer in the way of retaliation. But that wasn’t the end of the attacks on Chromie — it was only the beginning.

Each of these attacks were disastrous, but even when they were dealt with, it turned out a backup plan was in play. Four moments in Chromie’s life were altered, the timelines tampered with. Each of these events appears to be directly related to time spent directing adventurers and averting disaster. The association is a little suspicious, to say the least. If the common thread is the adventurer…then are we the ones who attempted to kill Chromie, for some unforeseen reason? {PB}

Not necessarily. Sure, we’re involved in each of these moments in time — but when dealing with a time traveler, maybe it’s better to look at effect rather than cause. In each scenario, Chromie was originally helping us out. If we didn’t succeed at the Well of Eternity, we never would have been able to defeat Deathwing, and the Hour of Twilight would have occurred as planned.

Since these were all chronal anomalies, the signs point to some possible influence by the Infinite Dragonflight. And that would make sense, all things considered. The Bronze and Infinite are enemies. Chromie is one of the most well-known and arguably influential members of the Bronze Dragonflight. Yet…it still doesn’t quite make sense.

We were told at the end of Cataclysm that the Age of Mortals had begun. But we weren’t really told what that statement meant. We’ve had vague hints of dissension among the Bronze Dragonflight, but we didn’t really hear much from the others until Legion, where Ysera — an Aspect — was unable to hold out against the Nightmare. In Mists, Kairoz was searching for an alternate way to see through time, because the Bronze Dragonflight was no longer able to do so. In other words, it doesn’t seem like it’s even necessary for the Infinite Dragonflight to put forth that kind of effort — why would they bother, if the Dragonflights are weakened?

If we go back to the possible outcomes of Chromie being absent at those points, there’s one logical conclusion we can draw. It’s one that the game has been pointing at all expansion long. If Chromie had died in any of those scenarios, the Old Gods would have won. Even in the case of Arthas, where the result would have ended in a Legion victory over the mortals of the world. With no mortal armies, presumably it would have then left Azeroth susceptible to the rise of the Old Gods. Think about it — the Old Gods aren’t exactly threatened by the Burning Legion right now.

We know Yogg-Saron isn’t gone in Northrend. Perhaps in this strange future, the Old God finally managed to influence the Lich King — the new Lich King, the one we put on the throne. We know that Humanity is susceptible to the whispers of the Old Gods; it wouldn’t have taken much to turn Andorhal against Chromie. And if the Old Gods aren’t at all concerned with the Legion as it stands right now, perhaps the Legion’s demons can be influenced as well. 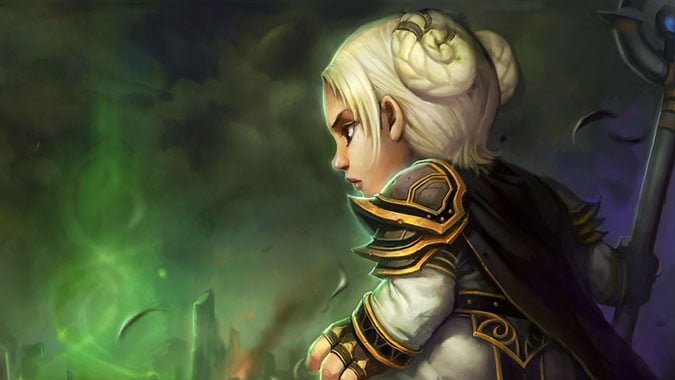 It seems the most likely outcome — especially after all the hints we’ve been given over the course of the expansion. At the same time, the larger question is still left unanswered: Why? Why Chromie, of all people? What did she do, exactly, that made such a mess? Certainly her efforts helped us halt certain disaster. But why wait until this particular point in time to do anything about it?

For that, we may just have to wait and see. It doesn’t look like we’ll be solving the puzzle this expansion. Our efforts and attention have been turned to far more pressing problems. The Burning Legion needs to be stopped, after all. We can’t just leave that threat unanswered. But given the odd placement of this chain of events, one can’t help but think we’re going to be dealing with this problem again once we’ve ensured the Legion’s defeat. Maybe then, we’ll get some definitive answers.