Spiritual Guidance: Figuring out the Netherlight Crucible as a healer 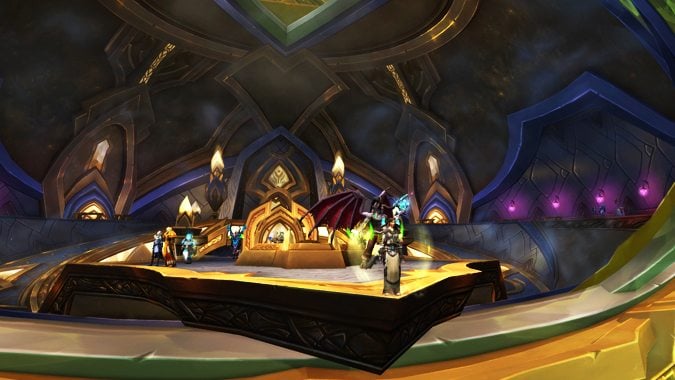 …Ok, maybe it’s not that fancy and, in fact, quite frustrating, but it’s still worth discussing. No matter what you do — from hardcore raiding to just questing — the Netherlight Crucible will make you more powerful. The complicated part is navigating it. 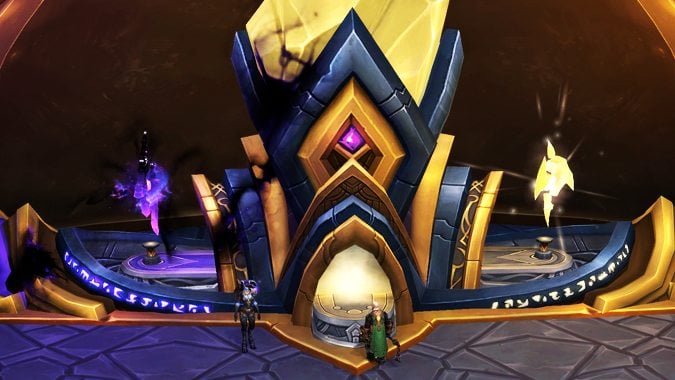 At the heart of it, the Netherlight Crucible is a way to give you a bit of a boost. It’s a way to progress your Artifact weapon even further (because who doesn’t love even more of the grind that has been present the entire expansion), and it also acts as a soft nerf for Tomb of Sargeras. Instead of straight raid nerfs and Valor upgrades, our Artifact weapons are the source of more power. The initial 15-item-level increase from your three Relics was a straight buff across the board for everyone.

It also serves as a way to combat bad RNG…with more RNG. Not entirely the best system, but it’s the one we got. For those who’ve been terribly unlucky with Relics and have been stuck with bad Traits, the Netherlight Crucible offers more enticing Traits (in theory). The players out there who have the very worst Trait can only go up from here, since it will never offer you a Trait that’s already on the Relic. And anyone who happens to already have the best Traits… well, then you get some more.

As a healer, the Netherlight Crucible’s amount of RNG is not nearly as punishing as it is for DPS players. We don’t have to sim each Relic or Tier combination to see what’s an upgrade. Tier-2 Traits really make a minor difference in healing. Tier 3 is where we pick our favorite Traits. However, compare that to DPS where the combination of Tier 2 and 3 can make or break your damage output. For most people, it’s going to be much less complicated than you’d think. Even if you pick a “wrong” Trait, it’s going to be minor in the long run — and it’s likely you’ll just get a new Relic anyway before you get to the next tier of Traits.

The Netherlight Crucible Traits just don’t make much of a difference. The Traits are random, and you’ll only have a choice of two at a time with at least one throughput Trait since we’re healers. You get to decide between one Void Trait and one Light Trait, which lead down to corresponding Artifact Traits at the bottom of the tree.

There are “best Traits” in Tier 2, but with 8 to choose from, it’s unlikely they’ll really be competing with each other. Even if the “best” two do come up as your only options, the position of the Tier-3 Traits will often decide your path for you. The one time you’d be hard-pressed to choose between them is if your most desired Tier-3 Trait happens to land in the center position, making either the Void or the Light option a viable path. 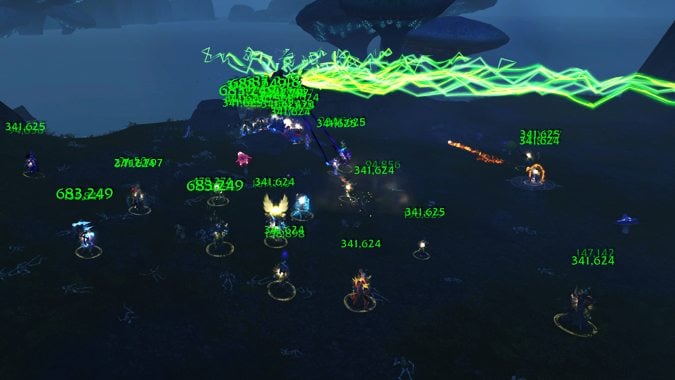 As mentioned before, there are eight Traits total in this tier. However, there are four you’ll want to focus on, as these are typically better than the others:

Discipline Priests will obviously find more use out of Tier-2 Traits than Holy, since the damage directly translates to healing via Atonement, but they still don’t have the same level of importance as they do for DPS players. The Void options are more valuable as a whole than the Light options, so you may find yourself veering that way unless there’s a really good Tier-3 Trait at the end of the Light path.

Master of Shadows is a viable option, granting Mastery which directly increases the amount of healing your Atonement does. Chaotic Darkness and Shadowbind will do damage and heal you, proccing approximately every 30 seconds. On the Light side, Secure in the Light is very similar, but giving you a shield instead of a heal. 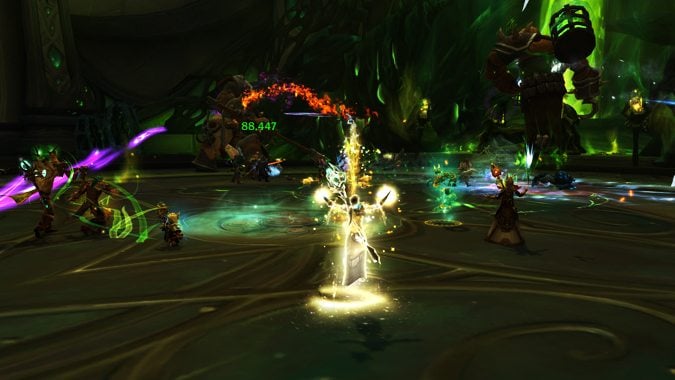 Again, these are just four of eight total Tier-2 Traits, but they’re the four you’ll want to focus on over the others:

{PB}For Holy, oftentimes you’re just going to take whatever path will get you to your desired Tier-3 Trait. The DPS Traits just don’t help us and the healing Traits are a minor bonus at best. Master of Shadows is a good stat boost and just all-around reliable option. The Mastery is a flat boost to our Echo of Light Healing and is one of our best stats.

On the Light side, Refractive Shield is a great option. It acts as a smaller Prydaz, giving you a shield that lasts 10 seconds, roughly every 30 seconds. Since we only have Desperate Prayer as a defensive, this acts as a nice way to smooth out damage. The other two options give you a chance for stat procs — Shocklight increases your Critical Strike chance when Concordance is active, and Murderous Intent does the same for Versatility. 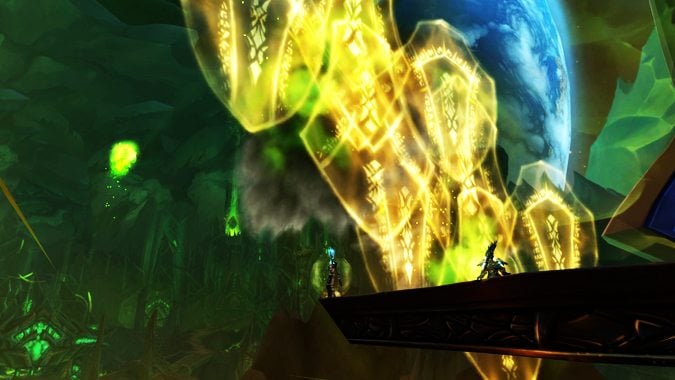 These options add a second Artifact Trait to your Relics and here’s where the real RNG comes in. You’ll want to preview every Relic you get in the Netherlight Crucible to see what Trait options pop up, just in case you get something better. Even if you have all three Relics with your best Traits already, the secondary Traits from Tier 3 make a difference. Don’t pass up other Relics just because they don’t have your desired Trait. For example, you could have your best-in-slot Relic because it has your best Trait, but maybe it gave you mediocre choices for Tier 3.

Then later you come across a Relic that’s not your best Trait, but it’s better than the Tier-3 option you got on your current Relic. It’s worth it to pop it into the Netherlight Crucible because it could always proc your best Trait in Tier 3, making it overall better than what you have. Likewise, even a slightly lower item-level Relic could end up better than a current Relic, just based on the Traits it procs and how many ilevels they’re worth. 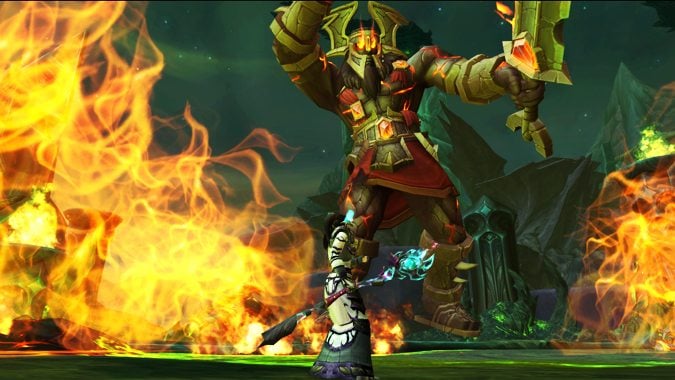 Same deal as before. You have more options than the below, but they matter a lot less:

Confession is the best by a long shot. It increases your Penance’s damage, which increases healing from Atonement. The next three are interchangeable and roughly equal in terms of their worth. Lenience’s Reward reduces damage taken for anyone with Atonement on them. Since you have many Atonements out at a time, and when damage is going out and burst healing is needed, this acts like a small Power Word: Barrier.

Like Barrier, it won’t show up in meters, but it’s very valuable for your raid and its value only rises as you do harder content. Shield of Faith and The Edge of Dark and Light are very close in value. The Edge of Dark and Light will act as a HOT of sorts, since you always have your DOT up, and Shield of Faith will make your Power Word: Shield stronger, absorbing more damage for both spot heals and tank heals. 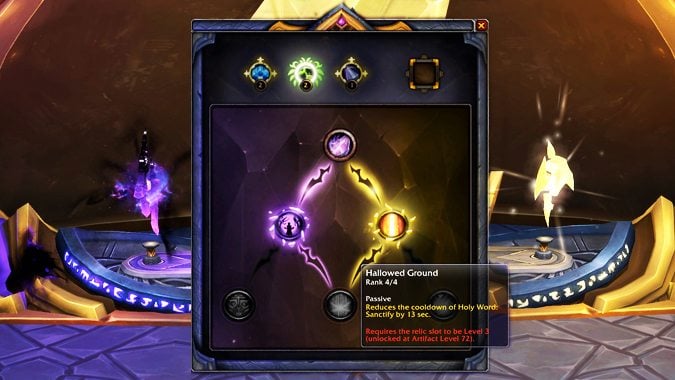 And one more time, these are the top four out of a possible top more:

Above all, if you have Say Your Prayers as an option, that’s the one you’ll want to take. With its interaction with Benediction and Piety, it’s too good not to take. Hallowed Ground is next up for the cooldown reduction of your Holy Words, allowing you to get them out just a little bit faster. Words of Healing is also good, but casting more Holy Words is likely to be better than casting slightly more powerful Holy Words. Holy Guidance is a straight increase to your Prayer of Healing. 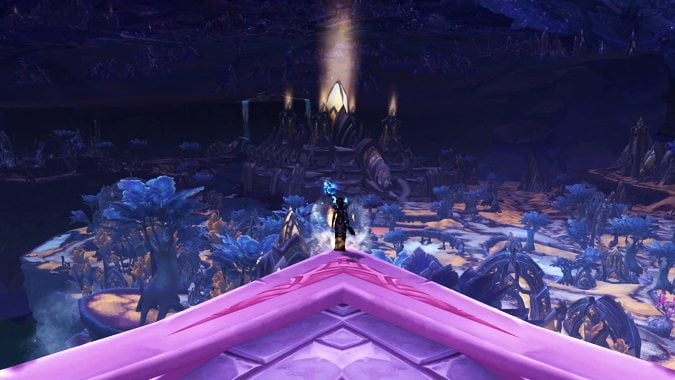 Why it matters — and why it doesn’t

Let’s be honest, the Netherlight Crucible is kind of a complicated mess. Having the trees and tiers muddles everything, and it’s very confusing at first (or second, or third) glance. Right now, it’s not really that important if you choose the “wrong” Tier-2 Trait. Tier-3 Traits respectively unlock at 69, 72, and 75 Artifact Power levels, which are likely to be quite a ways off for most people. If you’re not hitting the grind hard, then it’s unlikely that you’ll be stuck with what you chose by the time you unlock the Tier-3 Traits — it’s very likely that you’ll get a new Relic before you get to that point.

Obviously, you want to be the best you can be. Min/maxers will already know what they need. They’ve done the math. For the majority of people, it doesn’t matter that much. If you want to know the exact value of the Traits and what paths are most viable, there are some very comprehensive resources out there.

For Discipline Priests, Djriff has a spreadsheet to calculate the best path based on your stats and Trait options offered. He also has a post detailing the math behind the choices made. For Holy, Niphyr also has a spreadsheet calculator, as part of the larger Holy Priest Analysis for Tomb of Sargeras. Both of these are excellent resources for seeing how the talents play together and their overall worth in conjunction with your own stats.

With the amount of RNG involved, it’s very unlikely that one path will be miles ahead of another or that you’d even miss taking such an obvious path. If you have any doubts, I highly recommend using the spreadsheets — otherwise, don’t fret it too much.