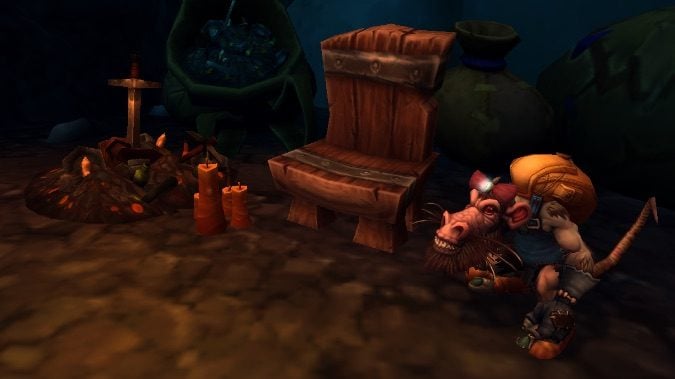 Let’s be up front. Kobolds have not exactly gotten the lion’s share of respect in World of Warcraft. I mean, they haven’t even gotten much of a mention in Chronicle as to where they come from or what they are. Brann Bronzebeard has some theories, and he tends to be at least close to the truth. But whether or not Kobolds are descended from Troggs is an open question.

It’s not entirely beyond the realm of possibility. Grummles were created from Troggs by the Mogu, so we know Troggs can change further from their default Curse of Flesh state.  There is at least one example of Kobolds and Troggs “working together” with the airiest of air quotes.  But in general, the two races don’t share much with one another. 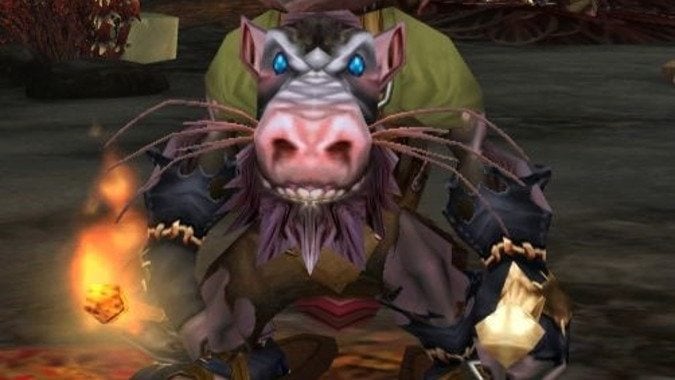 Kobolds are often described as rat-like. They prefer to live underground and infest much of the world. Kobolds have been found in Kalimdor, the Eastern Kingdoms and the Broken Isles. There’s even an arctic variant known as Snobolds in Northrend as well. In Pandaria their niche seems to have been filled by the Virmen, a similar race of underground dwellers who seem intermediate between a rat and a rabbit fused with a humanoid. Since we know the Grummles were made from Troggs, it’s possible the Virmen were created by Mogu experimentation on Kobolds. The Mogu also created the Saurok race through similar experimentation. But in the end, why Kobolds don’t live in Pandaria when they live practically everywhere else is yet another mystery.

It should be pointed out that the arctic Kobolds — the Snobolds — live in Dragonblight, Borean Tundra and the Storm Peaks. These are all locations of importance to the Titans. This lends some credence to the idea that the Kobolds are somehow related to the Titan-Forged in some way. Another fact that lends some credence to this theory is that the Kobolds in Highmountain became more active when the Hammer of Khaz’goroth was stolen, hinting at a connection between the hammer and the Kobolds.

The Kobold love of deep places in the earth and the mining of precious materials would certainly make sense if we knew they were derived from such a source. So would their connection to Princess Myzrael — who may or may not be a Titanic Watcher based on her connection to Deepholm, and her original imprisonment by Mountain Giants after she was corrupted by the Old Gods. 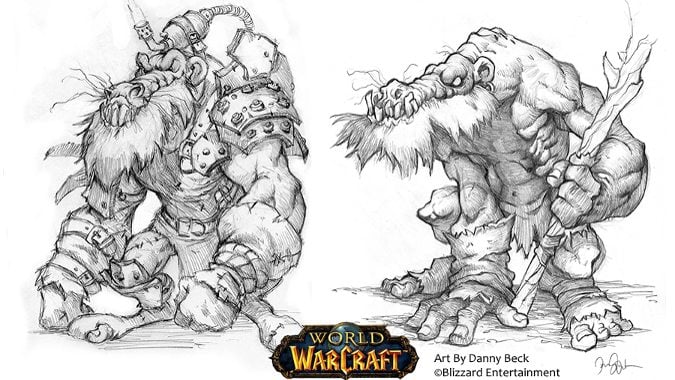 Mysteries of the Underground

What we know about Kobolds is a lot less than what we have observed. They tend to gravitate to powerful beings, with the Snobolds serving Magnataur in much the same way that certain birds groom crocodiles and other large animals in real life. This somewhat symbiotic relationship isn’t always the case. The Kobolds of the Eastern Kingdoms and Kalimdor tend to be found in dens with their own kind, as do the ones of the Broken Isles.

In a general sense Kobolds are, to put it mildly, pests. But they’ve been pests for a very long time. The oldest records of ancient Humans mention the Kobolds as one of many threats they faced while expanding across the Eastern Kingdoms. Their culture seems to revolve around mining, with an almost fanatical reverence for the tools and implements that allow such mining to take place.

If you’re looking to start trouble with Kobolds, mention taking the candles they tend to wear on their heads or have festooned about their lairs. Kobolds have the ability to see in low lighting, but they can’t see without some light. It’s less a magical sense and more that they just have sensitive eyes. In the process of tunneling below the surface of the world they make extensive use of candlelight. 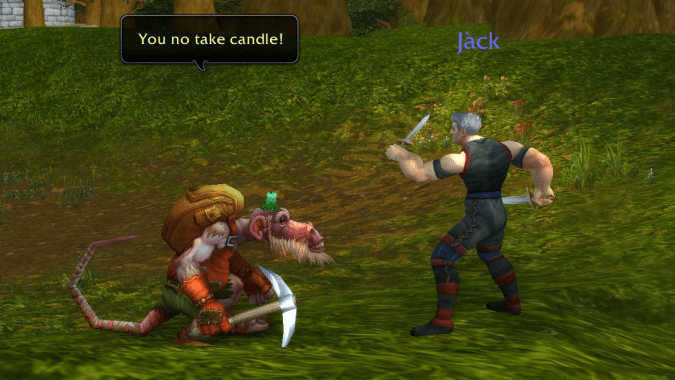 You no take candle

The Kobolds of the Broken Shore also apparently have a kind of religious belief that their candles ward off evil. This may seem foolish, but there’s some evidence to support it. When investigating the Kobold resurgence in Highmountain, adventurers stumble upon a group of Kobolds in a warren called Candle Rock. There the Kobolds relate their story of why they must always keep their candles lit in order to ward off a Devouring Darkness. While we may scoff at their foolish superstition, it should be noted that extinguishing all the candles in a specific region of the cave does in fact summon a kind of Void entity that will attempt to consume anyone nearby.

Foolish or not, the Kobolds are not wrong. This hasn’t been seen in other Kobold settlements even though the Kobolds are found far and wide throughout the world. But it should be noted that as prodigious diggers Kobolds would have a good chance of being exposed to the minions of the Old Gods.

Indeed, the Kobolds who serve Myzrael in Arathi Highlands are doing so when she is under the control of the maddening whispers of said Old Gods. Does this mean Kobolds are somehow connected to the Old Gods? Are some of them propitiating these dread entities of darkness in hopes of avoiding being consumed by them? Is this the fate of all Kobolds who had their candles taken? Again, we have no idea, but the connection is there. Kobolds are mentioned as an ongoing threat everywhere that Humans settled in the Eastern Kingdoms, especially in Tirisfal Glades. And the C’Thrax Zakajz lay in Tyr’s Tomb for eons, leaking his corrupting influence throughout the area.

It should be noted that despite engaging in a great deal of den making and living underground and being almost obsessive miners, some dispute their actual proficiency at it. Lasan Skyhorn, for example, derides them as poor miners. Kobolds seem to have some capacity for magic despite being less than intelligent on the average. There have been Kobold geomancers and pyromancers, for example.

When compared to their connection to potential elementals like Myzrael and the Old Gods mastery of said elementals in the past, it’s possible Kobolds fall under the general category of elemental worship that leads to groups like the Twilight’s Hammer in other races. However, generally Kobolds are looked down upon by most races as barely better than vermin.

But Kobolds endure. They were found underneath Orgrimmar when the Orcs came to excavate it. They have lingered in wide spaced places such as Highmountain, Stonetalon, the Dragonblight and much of the Eastern Kingdoms. And they hold on to their ancient ways, inexplicable as they might be to outsiders. And while they’re not considered a true threat, they tend to pack those dens and warrens with many of their kind. Entering a Kobold lair is to be on guard or to end up swarmed, as many a beginning adventurer has learned to her sorrow. Because one thing is clear — when you travel deep into the catacombs of the Kobolds, you no take candle.