The Queue: Don’t need no roads — in fact, they follow me 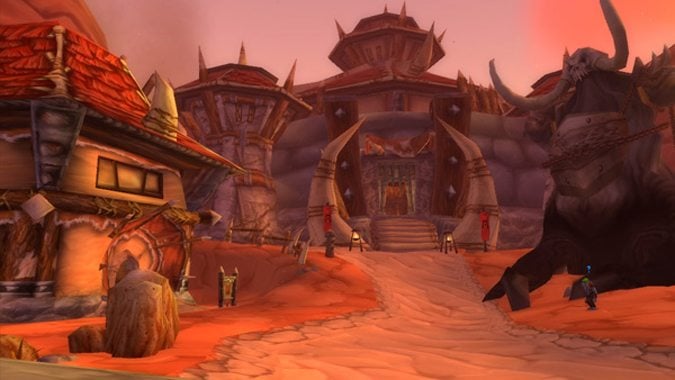 I can’t think of an intro right now, so I’m hopping into the questions.

SPENCER MORGAN WANTS TO CALL ME, BEEP ME, FIND A WAY TO REACH ME:

Q4tMitch: so “Mitch Mondays” are the days you browse the queue for queue-stions, and the not the days you appear in queue?

So here’s the deal: Monday — at whatever time I happen to decide to write The Queue — I’ll browse through all of that day’s Queue comments so I can prepare something for Tuesday. Any other time I pop in The Queue, it’s just to hang out or say hi or whatever. It’s not a guaranteed “Mitch scrolls through the comments” thing, though. Occasionally, if I happen to see a question directed at me one of those days, I’ll make note of it somewhere.

If you want to be sure I see a question, though, either 1) ask it in a Monday Queue’s comments or 2) ask it in Discord or Twitter and tag me — if you do that second one on a day that isn’t Monday, I’ll write it down somewhere. Sorry for the confusion!

THE SAME GUY ABOVE ALSO ASKED THIS, BUT ON A DIFFERENT DAY:

Q4tMitch: what would you think of a pvp-mode that tasked players on both teams with painting the battleground either blue (Alliance) or red (Horde)? The goal being to cover a greater percent of surface area compared to the other team (original idea please don’t steal).

I totally love this original idea and would be interested to hear more of them from you! For real, though, I think this would be a pretty cool battleground concept if Blizzard could pull it off… the question is how they would, though. Would players leave a trail of color behind them as they moved? If that’s the case, how big is the battleground? Are there control points that paint the map automatically? Do players explode the opposite color when they die, and would that look too grim with red paint?

It’s a hard thing to make work in WoW, and I’m not sure the execution could live up to the idea — looking at you, Eonar — but if it could work? Well, I’d play it.

KELDEREK ISN’T A FAN OF THE PERSONAL LOOT SYSTEM OR MATH:

Q4tQ: I was running Old Hillsbrad for transmog and… got squat over several runs.  Am I correctly understanding the way personal loot is working now?  If I’m trying to get Durotan’s Battle Harness (17% drop rate on Wowhead, presumably under the pre-7.3.5 system) in a personal loot system, does that mean that I now have a 3.4% chance to get it?  (17% chance for it to show up with a group of 5 means that I have a 1 in 5 chance out of the 17% chance for it to get to me when I’m solo-ing old content.)  I’m an English major, not a statistician!  :wink:

I, too, majored in English, so I can’t confirm the math. I can, however, say that that’s how Personal Loot is designed to work in terms of how often you’re seeing things drop. I suspect that the drop rate for you personally is still 17% — I doubt Blizzard would nerf loot drops beyond what Personal Loot has already done in terms of number of overall drops.

For the long time WoW players who are leveling again, what is a dumb way you have died in game?

Okay, I actually have died — once! I pulled way too many mobs in Southern Barrens and thought I could kill ’em with Void Eruption. It should have worked, but they all ended up bringing a couple friends, so I got like twice as many mobs as I thought I would and couldn’t finish my cast.

STORMRUNNER WANTS TO KNOW WHAT’S WITH ALL THE BAE HATE:

Q4tQ: I am a little behind on things and have recently seen a lot of hate on  twitter directed at Alleria. Clearly I missed something. I havent had a chance to do all of the allied races so I am wondering if it comes up in one of those.

First of all, Alleria is bae <3 I’m mad at anyone who hates her and their opinion is stupid and wrong!

Okay, forget I said that last bit. It’s not true. I do, however, respectfully disagree with the hate. The hate in question comes up during the Nightborne scenario, and I really — really — don’t understand the argument people are making against her. Anne’s KYL from yesterday covered this pretty well, but I’m happy to talk in more detail in the comments where I can use spoiler tags.

MISTAH JAY IS MAKING THE SAME FACE AS EVERYONE ELSE:

do Allied Races have the same animations as their original counterparts?

Yup. I hope this changes, though. Even if it’s just the dances, Allied Races lose a bit of their immersion factor when you see them perform the exact same animations as another race.

MISTAH JAY HAS ANOTHER ONE!

Q4tQ: If you could race-change (no gender swap) any major NPC to another Race (Sylvanas to proper Undead, Anduin to Gnome, Velen to Void Elf etc), who would you race change?

I would swap Genn to Forsaken. Good Yogg, would that ever be a deliciously evil twist of fate.

This now brings up an interesting point, of the other leaders hanging out in the embassy, which are there to unlock future races? Here are some of the leaders:
Alliance:
Genn Greymane
Tyrande
Gelbin Mechatorque
Velen
Aysa Cloudsinger
Horde:
Nathanos
Gallywix
A frost troll (but actually Rokhan)
Ji Firepaw

What allied races do you think these could imply? Why are the two pandaren racial leaders (who were closer to each other than to their faction) there?

Some of this will depend on Battle for Azeroth and what new races interact with what existing races most. That said, I’ll offer a non-exhaustive answer where I think it makes sense.

Coming up with that list was easier for some than for others. Tyrande, Greymane, and Gallywix were especially hard, and the two Pandaren are so-so for me, to be honest.

BUT MISTAH JAY IS MISTAH JAY, AND HE’S CLOSING US OUT TODAY:

Natalie Seline controls the Void and basically started Shadow Priesting as we know it. Benedictus was a third-syllable head who couldn’t control the Void and was killed by players. Natalie all the way.

That’s all from me for today! Tune in tomorrow, as Liz tackles what is actually Wednesday unless the sun burns out and we all die before then. Cheers! ^_^