Heroes of the Storm hotfixes squash a variety of bugs 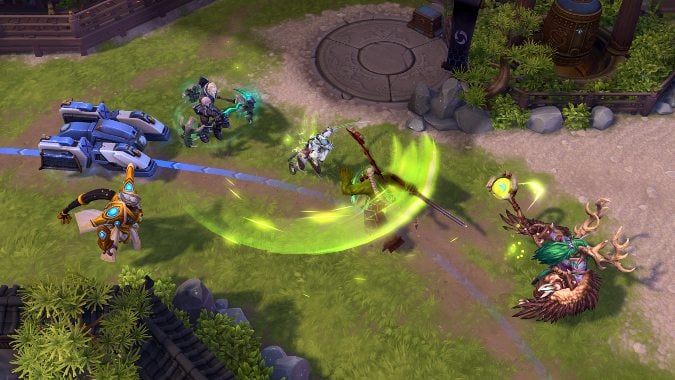 Heroes of the Storm deployed a hotfix patch today aimed at eliminating a number of bothersome bugs, some of which were introduced in the game’s most recent patch, and some of which are older. Notably, Genji’s Dodge talent no longer allows him to evade Malthael’s attacks forever, and Jaina’s level 20 talent Wintermute should function once again.

The bugged version of Genji’s Dodge meant cleave attacks did not remove stacks of Dodge, meaning he could dodge cleaving attacks forever. Against characters such as Xul, this meant he could dodge the entirety of Cursed Strikes, though Xul could still hit him with basic attacks otherwise. However, Malthael’s recent rework made even his Basic Attacks cleave. The only way for Malthael to damage Genji at all was to use Death Shroud to apply Reaper’s Mark — but as soon as Reaper’s Mark expired, that was that. A Genji talented into Dodge was an impossible matchup for Malthael.

While it’s wonderful to see these bugs fixed, Heroes of the Storm currently has a number of other major bugs still left unaddressed. Hanzo’s movement still doesn’t work properly when Quick Cast isn’t enabled, dying to displacement effects such as Junkrat’s Mine still causes players to spawn where they died rather than in their base, and Diablo’s Shadow Charge properly colliding with terrain has become increasingly unreliable. The Hanzo movement bug in particular has been in the game almost as long as Hanzo himself, though surely it isn’t intended behavior — his movement worked as expected during his debut week.

With each patch introducing new, significant bugs — often significant enough to determine the outcome of a team fight, or even a full match — I’d actually be pleased if Heroes of the Storm put the brakes on releasing new heroes so they could buckle down and fix more of the game’s outstanding issues. That might be exactly what Heroes needs.

Blizzard Watch is made possible by people like you.
Please consider supporting our Patreon!
Filed Under: Hotfixes, Patch Notes
Advertisement