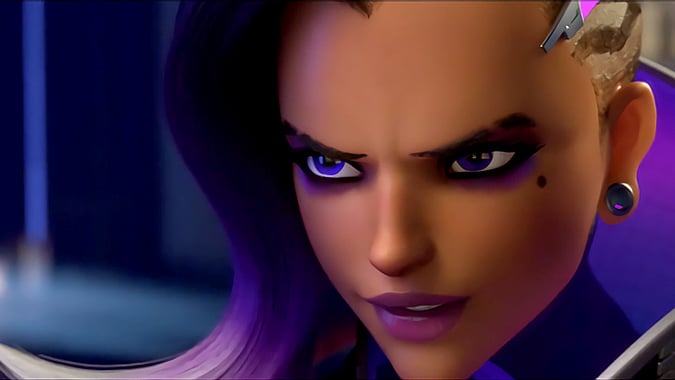 In an Overwatch patch late last month, Sombra received a variety of buffs and general quality-of-life improvements, including a rebalancing of her ultimate and improvements to her Hack ability. A few weeks in, those buffs are proving to be a little too much. In an upcoming patch — like the March 20 patch that includes Brigitte — Sombra will be receiving a couple of additional changes, one of which is only partially a nerf.

We’re making some more changes to Sombra next patch to address these issues. There are two main changes coming:

The intent of all of her recent changes is still to increase her overall strength and viability. We’re keeping a close eye on her to make sure she lands in a good place.

The second change isn’t quite a nerf, but moreso addressing unintended behavior. Because Hack specifically had a delay on cancellation so it wouldn’t get cut off by every random lamp post or other piece of scenery on a map, it also wouldn’t be canceled immediately if a player ducked behind a wall. Often, players believed they’d move out of line of sight — and usually did — but Hack wouldn’t be canceled because they weren’t out of line of sight long enough. Similarly, abilities such as Tracer’s Recall, which probably should cause Hack to break, often didn’t.

Ideally, the change to Sombra’s Hack isn’t quite a nerf, but ensuring the ability works when it should and doesn’t when it shouldn’t. That said, the previous iteration of Sombra’s Hack benefited her significantly, allowing her to get off Hacks even when the channeling should have been broken. In practice, yes, this is a nerf.

Geoff Goodman’s parting words should be some consolation to Sombra players: Although she’s receiving nerfs, they still want Sombra to be viable and have a place in the game. If they didn’t, they wouldn’t have addressed some of her problems in the late February patch.

Blizzard Watch is made possible by people like you.
Please consider supporting our Patreon!
Filed Under: Hack, Sombra, Sombra Changes
Advertisement