The Queue: Leveling by questing, aqua form, and the Activision-Blizzard Launcher 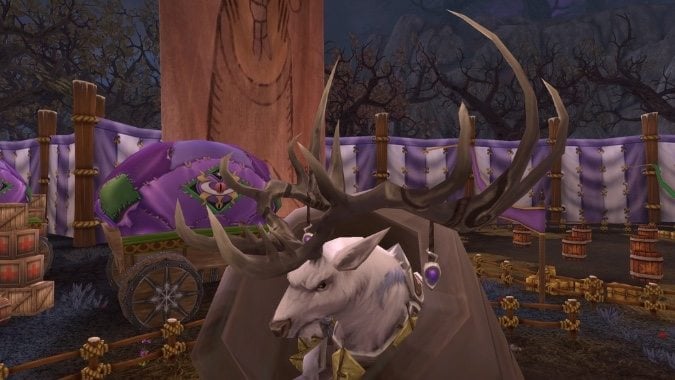 You know what I really want and would be a great start to my week? A new picture of a character named Activision with a pet named Blizzard. The one we had from almost a decade ago doesn’t fit the site anymore so I can’t really use it. But alas … if any hunters are feeling saucy,  you know what to do.

My velf has been leveling only via questing. Admittedly, I went to outland instead of NR, because I needed a couple zones there for loremaster. But I only finished Hellfire, Terokkar, Netherstorm, and most of Blades Edge before hitting 80. If you really want to stay on one continent, that evidence says you should be able to.

First, velf? Man … I must be getting old. It took me a full minute to realize what you meant.  But I gather it makes sense, given we have belfs. But do you notice how Night Elves are never referred to as nelfs? Or High Elves helfs? Also as I’m writing this I noticed that chrome corrects Elfs to Elves.

I gather this is the world we live in now, and with that I need some more coffee before I continue. I use a Keurig, but use it with reusable pods, so no one enviro-shame me, please.

Okay I’m back and better now. More collected. Let’s talk questing, because I have some thoughts.

You’re doing it right by using the new allied races and leveling experience to finish off any zones needed for Loremaster. That’s a great use of your time and resources, and you’re going to get something out of it more than just an achievement and title. I’m doing the exact same thing actually. It’ll be a while before I have every allied race at 110, but hey, WoW has always been a long-term game.

You’re also right about feeling the draw to finish the content in a particular place. Although I’m not sure what evidence you’re speaking of, I do see a lot of anecdotal accounts of people picking and choosing their preferred questing zones and going to town (pun intended). What strikes me is that with dungeon running as a healer or tank (and if you’re willing to wait in a queue, DPS), you’re still outleveling the zones before one is really complete. That’s OK in many respects since you’d be picking to do that (like I did), but it also leaves a bit of absence in the story line and player-centric nature that this new leveling experience was designed to produce.

The way that I see it is WoW is one or two steps away from going full ESO where they level scale the entire game sans the latest expansion (that I do think makes sense for players to need to do at level; there should be an expectation of some skill with your character when playing with the majority of players and the way to gain that skill is through leveling). What reason is there for me not to be able to level from 1 to 100 in the Eastern Kingdom? I totally would if I were allowed to; there are some stories there that I haven’t played through in 5+ years. I suspect that a majority of people would be willing to do that as well.

The downside to allowing a system like this is that it has the possibility to make the other expansions a ghostland, particularly though that are not necessarily well received or people have tired of (for me I’d like to never set foot in Hellfire Peninsula again). But there’s ways to incentivize players to head for that content as well; give them a new set of gear, turn on a rotating weekly XP buff for an old-content zone, etc… the sky is the limit on the stuff they can do.

I am by no means the first to suggest this, but it’s become more clear to me after going from 1 to 110 with my Velf Priest (god, now I’m saying it). Will it happen? My money is on yes.

I gotta say, I’m not looking forward to CoD being added to the Battle.net launcher.

I don’t know what to make of this.

On one hand I’m glad that this is happening; what is good for Activision is good for Blizzard. That’s just the way corporations with sub-companies like that work. In my day job I work for the parent company of many sub-brands/companies, and we’re always focused on the big picture. This allows incubation and innovation to occur and is a good way for the entire catalog of product to grow strong together in a very competitive environment.

So to business Adam this makes perfect sense.

So I don’t know if it was confirmed that the wicker bear that was data mined will be a Kul Tiran druid form, but QftQ: if Kul Tirans are druids should their aquatic form be a shark or and a squid, or maybe a weird wicker fish.

Vulpera happened, tentacles must be next.

Question for everyone: I get a fair amount of gold missions on my characters. I make at least 10K gold a week. Now my wife gets very few. Is there anything one could do to trigger more? Besides maybe making sacrifices to the RNG gods? lol

A couple others have answered this, but it’s worth highlighting to the group: once you finish all the Argus missions and have your champions at 950, you will start to get a gold influx that is not unlike what happened during WoD. I do a dozen world quests a week on my hunter to keep the resources high, and just run gold missions*, I’ve had to have made over 100k my now.

*Sort of a lie — I’m all in on my Void Elf Priest right now and I realized that the reputation tokens are Bind to Account, so I’ve been using my hunter to pipe rep tokens to Ms. Voidedpriest and help me get through the rep grind to exalted faster. And given that each rep mission is easily completed at 200% to get the bonus token, it’s been a crazy fast way to get the rep up. Especially with Wardens, Nightborne, and The Army of Light so you can get that stupid whistle which should be bound to account anyways #thatsWhyIOnlyHaveTwoCharactersOnArgus.