What can WoW learn from Monster Hunter: World? 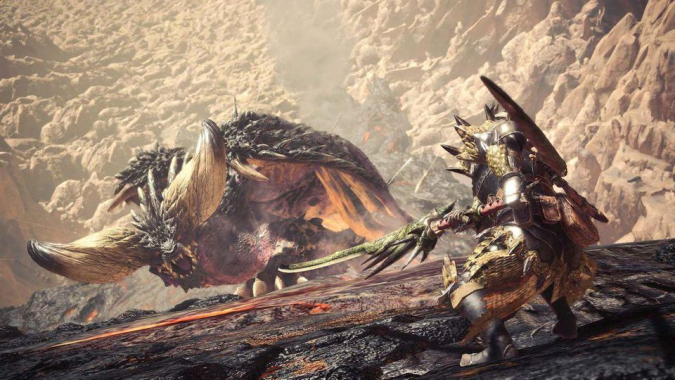 If you’ve been keeping up with my non-Blizzard activities over the past few weeks, you’re probably aware that I’ve become somewhat hooked on Capcom’s Monster Hunter: World. The game is simultaneously simple in premise yet incredibly complicated in depth — and you can play it at whatever complexity you’re comfortable with.

It’s fun, it’s addicting, and it’s consistently been making me wonder how World of Warcraft could adopt some of the game’s most enjoyable features. If it can, how so? And if not, why not? Let’s break things down and see if we can’t bring a little more monster hunting to WoW.

As I mentioned above, the game can have quite a bit of depth. For the purposes of this article, I’m going to keep things closer to the simpler end of the spectrum. In this first case, that means hunting monsters boils down to accepting a quest for a specific monster (or set of monsters) and having at it. After doing so, you’re dropped off in one of the game’s locales, given a set of failure conditions, and told to start tracking the monster in question. In most cases, the failure conditions mentioned above boil down to a time limit and a specific amount of faints (KOs) you’re allowed.

When you hunt something, it first takes time to track it down. Sometimes this is done in a matter of minutes, other times, it can take 15 minutes or longer. Once you actually track the monster down, you need to hunt it. “Hunting” technically means killing or capturing, but both are going to require a long fight.

It can be a bit demoralizing to get a fight to the end stages — usually noted by the monster limping — only to fail, but it never feels too demoralizing. If anything, multiple failures on the same monster just tells you that you need to farm more gear. Honestly, fights at the appropriate gear level rarely feel unfair once you get the hang of the monster’s attacks. It’s hard to put feelings into words beyond the fact that these long hunts feel satisfying once completed. And they never really reminded me of the longer encounters in WoW  — Iron Maidens, I still hate you — because it always felt like I needed to be on my toes.

Is this doable in WoW? It’s possible, but difficult.

With the way the zones work in WoW, it’s hard to imagine an equivalent that doesn’t involve placing the player in a separate instance. And that… well, that might not be easy to pull off if everyone wants to hunt something at once. It’s also hard to imagine the fights feeling exactly the same when there isn’t collision detection for players and enemies. All that said, I still think there’s merit to longer solo scenarios that don’t keep the players on the rails so much as give them a goal and let them have at it. It could function like an open-world solo scenario with the difficulty and time investment of a dungeon, perhaps.


Minor spoilers for the end-game enemies in Monster Hunter: World.

The environment itself matters

While taking a head-on approach wherein you continue to attack with your weapon until the baddie stops moving is plenty fun, there are actually several ways to approach an encounter in Monster Hunter. One of those ways involves knowing the environment and making the most of it while hunting a monster.

The above video demonstrates these environmental traps best — because it’s literally showing them in action — but the short version is that you can use various environmental objects to hurt, stun, or trap enemy monsters. You’re able to position yourself behind a large plateau so the giant monster trying to gorge you instead gets its horns stuck in said plateau. Or if the environment doesn’t allow for it, you can find stalactites and attack them at the right moment so they fall on your target and injure it.

Those are just some examples, but it’s one of the aspects of Monster Hunter that becomes more and more important as you take on higher-level missions. Demonstrating your knowledge to other hunters is not only fun, but it feels satisfying. You know this environment; you’ve fought this enemy. This is how we outsmart it. It’s a wonderful addition to the game that isn’t always needed, but still always helps.

Is it doable in WoW? Absolutely.

World of Warcraft already has its fair share of destructible objects, and while it doesn’t use them all that often, they do exist. It might not necessary work the exact same way as it does in Monster Hunter, but I can still see a world in which we target objects to injure enemies without the need for a fully scripted encounter.

This is one of the areas that I love most about the game, and it’s one that feels closest to WoW professions circa Burning Crusade. The way it works in Monster Hunter: World — for each of the game’s 14 weapon types — is that there are several paths available for crafting and upgrading a particular weapon.

You can either upgrade your weapon as materials come along, or you can farm specific monsters for that one upgrade you really want. Doing so does require hunting monsters multiple times, but due to the increased fight length mentioned above, it rarely feels tedious. Where WoW farming can be killing the same enemy dozens and dozens of times, Monster Hunter has you farm only a couple enemies (at most) a small handful of times.

On top of farming being less tedious, the weapons themselves really look and feel like upgrades. Each weapon is made to look like it came from the monster(s) you’ve hunted, and each upgrade looks more and more badass. Again, it reminds me of some of the profession-based weapons from Burning Crusade. Granted, those weren’t quite as extravagant as some of Monster Hunter’s, but you could still differentiate a weapon from one of its upgrades.

Is it doable in WoW? Yes, but professions would need a big overhaul.

While I would absolutely love to move back to a time when professions felt more meaningful, I’m not entirely sure it’s worth the development team’s time to make this one work in WoW. Monster Hunter’s weapon system works because most things you do result in progress toward some sort of upgrade. It’s a bit like Artifact Power, come to think of it, but it feels more meaningful because each upgrade is more significant.

There are ways to make this work — the Mists or Warlords style of legendaries is another similar system — but, again, I’m not sure there’s an easy solution. Where there is an easy solution in terms of gear is with my next point. 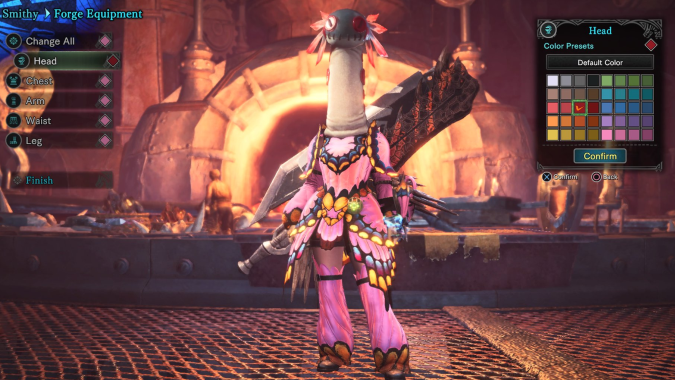 I won’t belabor this point any more than is necessary, but it’s one I still want to point out. Monster Hunter does not care if you look silly. It doesn’t care if you want to wear a skull over your head and paint it neon pink. That picture above? The headpiece was part of a limited-time event. Yes, it’s a ridiculous-looking piece of armor like that was the end reward for an event specifically put on by Capcom. And the stats on it were not negligible.

World of Warcraft has so many “silly” items it’s hard to keep up with them. But then again, there’s really no need to, since Blizzard is pretty stingy about what we can and cannot transmog. I would love to see Blizzard open up the game to more transmog options — but you know that already, it’s not a new point. The point here is that a game that aims for epic, dinosaur-sized enemy fights that span across entire maps is perfectly fine with silly things and it hasn’t changed the overall experience. If anything, it’s enhanced it.

I will grant, WoW has transmog where Monster Hunter: World does not — although previous games in the series have — which means you have to deal with that armor piece’s stats if you want to keep the look. But again, the stats on any given “silly” piece of armor aren’t anything to scoff at.

Is it doable in WoW? Yes. Blizzard, please, why can we not transmog fun things?

There’s not a whole lot more to add here. Transmog exists, and silly things don’t take away from the game’s overall epic experience.

I’ll keep this one short, because there’s not a whole lot I need to say. In the game, you have a companion. This companion is of the Felyne race and is called your Palico. Your Palico accompanies you on hunts, provides buffs, and is generally just a great Pal(ico). But the Felynes as a whole make the best puns. Seriously, the best puns.

You’re not the Palico’s master, you’re its meowster. You’re not positive of something, you’re pawsitive. That hunt didn’t go perfectly, it went purrrfectly. You get the idea. The cat puns are all over the place and are not only hilarious, but they also bring levity to the game and remind you that, “Oh yeah, my partner is a freaking cat.”

Is it doable in WoW? Pawsitively! 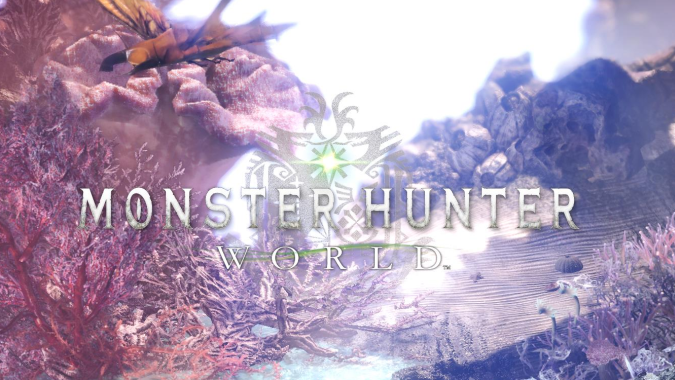 Monster Hunter is not World of Warcraft, and World of Warcraft is not Monster Hunter. But that doesn’t mean the games can’t take lessons from each other. Some of Monster Hunter’s standout features — which go beyond just what I’ve included here — could easily fit into WoW, while others would require separate instancing or scenarios and might still feel a bit awkward.

All the same, I hope Blizzard never hesitates to take some cues from other games and other developers. Monster Hunter: World is just one of the games with something to teach.

Blizzard Watch is made possible by people like you.
Please consider supporting our Patreon!
Filed Under: Monster Hunter, Monster Hunter World
Advertisement