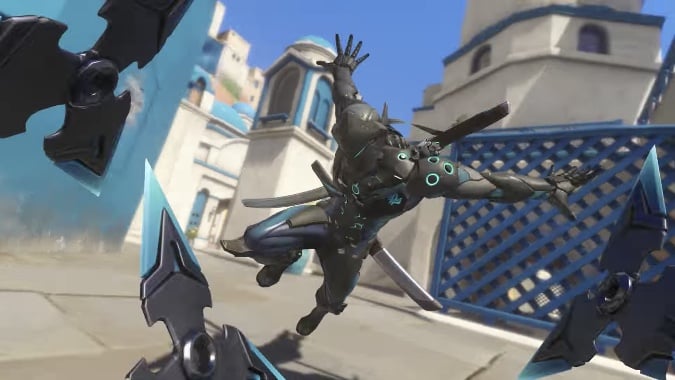 Overwatch has a brand-new edition on sale for players that are new to the game, with a variety of goodies included. The Overwatch Legendary Edition comes with 15 skins for players to choose from: the original five Origins Edition skins plus 10 additional Epic and Legendary skins. These take the place of the 10 Loot Boxes previously offered, and honestly, I way prefer getting actual skins — cool skins — than a bunch of Loot Boxes that might not contain any skins at all.

New players will also receive all the digital goodies for other digital games that were included in the Origins/Game of the Year Edition. You can snag the Mercy wings for Diablo 3, the Baby Winston pet for World of Warcraft, the Overwatch Hearthstone card back, the Tracer hero for Heroes of the Storm, and player portraits for StarCraft 2.

Essentially what we’re looking at here is a revamped version of the Origins/Game of the Year edition of the game. What’s nice about the Legendary edition is that it comes with skins for heroes that didn’t even exist when the game first launched. There are skins for both Ana and Moira in there and the Legendary skins are some of the more visually striking skins in the game.

This may not seem all that exciting to existing players — you already have the game, after all. But hey, if you’ve never picked up Overwatch, now’s a good time to do so. Especially since the Overwatch Legendary Edition is being released on sale, just in time for Overwatch’s second anniversary: you can pick up the Overwatch Legendary Edition for $39.99. Or hey, if the skins and game goodies don’t interest you, the basic edition of Overwatch is just $19.99. The price is good for all versions of the game, whether you’re playing on PC, PlayStation 4, or Xbox One. But don’t wait too long to deliberate — the sale ends June 5, 2018.