Since the Cataclysm expansion, Genn Greymane has become an Alliance fixture. He’s outlived all leaders of his era save one — of the original Alliance of Lordaeron rulers, only Genn remains. He has few contemporaries. Figures like Khadgar, Turalyon, Alleria, and Danath Trollbane are some of them, but they weren’t ruling monarchs. Genn has been leading his people since before the First War. He’s seen his peers killed by their own sons, abandoned by their daughters, slaughtered by those they trusted. He’s endured the loss of his homeland and his son.

For Genn Greymane, in living memory there was a time before he knew what an Orc was — a time before the Scourge, before the Legion was anything anyone on the Eastern Kingdoms had ever heard of, a time before Teldrassil existed and before anyone he’d ever even met had heard the word kaldorei. Genn has lived through the tumultuous times that have shaped the world we now see in Battle for Azeroth. His own personal transformation from stubborn isolationist to Alliance stalwart has not come without great cost.

And yes, he’s also a giant werewolf. He’s a lot of things.

The events of Gilneas’ invasion by the Horde are well known. Sylvanas Windrunner, pressured by then-Warchief Garrosh Hellscream, led a massive Forsaken force south into Gilneas once the earthquakes caused by Deathwing’s arrival caused the Greymane Wall to fail. She also sent her fleet south to attack the coast. While the Gilneans led by Greymane initially held the Forsaken off, once Sylvanas authorized the use of the Blight the people of Gilneas had no choice. They could stay and die, likely becoming undead themselves, or they could flee and perhaps someday return home.

As awful as that was for Genn, it was made worse by the death of his son Liam, who threw himself in the way of an arrow Sylvanas meant for Genn. This one act transformed the tenor of the conflict between Sylvanas and Genn. What might have been the hatred of a monarch at the loss of his kingdom became the fury of a father whose son was stolen from him.

Genn found himself forced to turn to the Alliance for help, and was surprised and humbled by the aid the kaldorei — the Night Elves — extended to him and his people. It was the kaldorei who taught the Worgen among the Gilneans to control their new form, and the kaldorei gave the Gilneans a home on Teldrassil, a refuge from the Forsaken and their Blight. The Forsaken had already stolen Silverpine Forest from Gilneas, but that was as much Genn’s fault as anyone’s. He chose to abandon those lands to retreat his people south behind the Greymane Wall. But now the Forsaken had taken it all, even if it had meant rendering the land almost uninhabitable save for a few desperate rebels and holdouts. 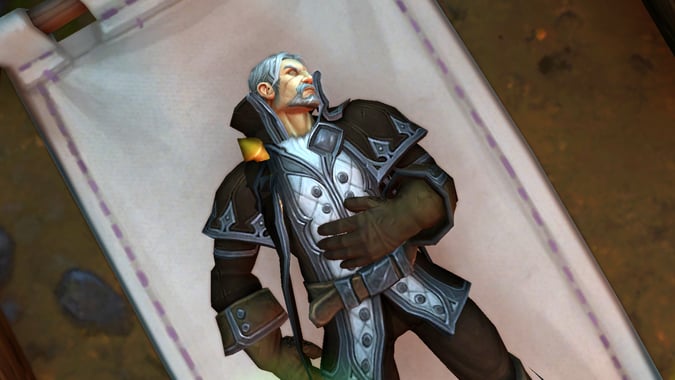 Liam’s death and the loss of Gilneas taught Genn a humility he’d never known before.

For a while, it seemed that Genn had settled into a reasonably quiet role as an elder statesman. After the initial conflict with Varian Wrynn over the Gilneans joining the Alliance — a conflict that saw them bond over their respective inner beasts, Genn’s being slightly more literal than Varian’s — and a confrontation with Warchief Hellscream in Ashenvale, Genn and his people became part of the Alliance.

Genn’s new perspective combined with his hard-won lifetime of experience made him a good adviser for Varian and the Alliance. No longer the isolationist who abandoned the Alliance of Lordaeron, he learned through great personal cost that he and his people were stronger with allies than alone. But he didn’t seem interested in taking a leading role. During the Pandaria campaign and the travails on Draenor, Genn remained in the shadows.

But he had neither forgotten nor forgiven. Genn is of the generation that included Daelin Proudmoore, Terenas Menethil, and Llane Wrynn. While his personality meant that he clashed with each in turn, these were his peers. His experience witnessing the fall of Stormwind and the siege of Lordaeron has never left him. To Genn, the Horde has always been an invading force that seeks the destruction of his entire people, and he’s never seen a reason to change that outlook. 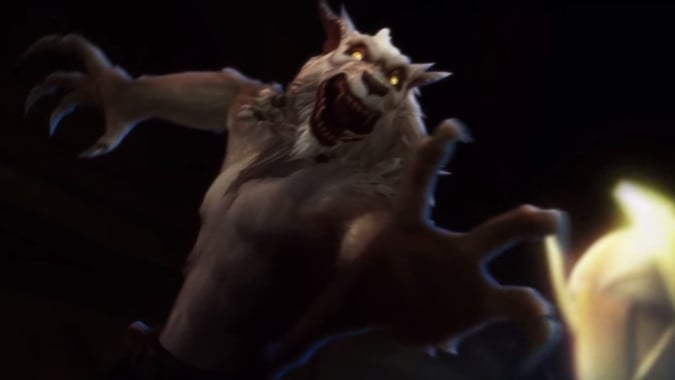 The coming of the Legion

When the Legion invaded Azeroth, Genn responded to the call to defend the world and was part of the force the Alliance sent to the Broken Shore. Despite his personal antipathy for the Horde and his personal hatred for Sylvanas Windrunner, he held his tongue and fought alongside them. Until, that is, the final battle against Gul’dan — where it seemed the Horde abandoned the Alliance to die.

After the disaster claimed the life of Varian Wrynn, it was Genn’s duty to shepherd the Alliance fleet back to Stormwind. He did so, but now thoroughly convinced of the Horde’s perfidy and the need to destroy them. In an Alliance that had lost a great warrior king and was now led by his teenage son, an avowed pacifist, Genn stepped into the void and assumed an informal command of the campaign in Stormheim.

He found that he and Sky Admiral Rogers shared a certain philosophy when it came to the Horde, especially the Forsaken and Sylvanas. Rogers was a survivor of the massacre at Southshore, where the Horde used plague weapons to annihilate the town. It was a situation Genn could sympathize with from experience.

While his daughter Tess stuck to the shadows and worked with anyone, Horde or Alliance, to oppose the Legion, Genn has stayed strictly loyal to his faction. Indeed, perhaps a trifle overzealous in that loyalty. Genn’s actions in Stormheim led the Alliance and Horde into conflict, and ultimately allowed Genn a small portion of revenge on Sylvanas.


This moment shows that whatever else Genn might be, he’s a crafty and dedicated hunter. He knows exactly how to strike where his opponent is most vulnerable — and he’s willing to accept injury to achieve his aims.

The destruction of Darnassus cost the Gilnean people their refuge. They, and Genn, have now lost two homes to the Horde. Genn nearly lost his wife, Queen Mia Greymane. The act of destroying Darnassus has galvanized the Alliance, and Anduin has now stepped fully into the role of leader that his father once held.

Meanwhile, Genn has moved into a more direct role as leader of the Alliance attempt to reach out to Kul Tiras. His role there has led him to deal with Katherine Proudmoore, one of the few leaders of any of the old Alliance of Lordaeron nations to survive. Genn relates to her and her people’s problems. He doesn’t want to see them end up refugees as the Gilnean people have.

Some mistake Genn for a crazed warmonger, and the fact is, he did take the Alliance into Stormheim spoiling for a fight with Sylvanas and the Horde. But he’s not crazed — everything he does is in the service of the lesson the Horde taught him.

The Horde will hunt and kill — and alone, no one is strong enough to stand against them. The Horde will invade your lands — and if they can’t beat you with military force, they’ll destroy your home just to keep you from having it. He saw it in Gilneas and he saw it again in Darnassus — the Horde destroys every place his people try and settle.

Now Genn, the former isolationist, is a champion of the Alliance and its survival — because he’s seen that without the Alliance his people will be killed. The old wolf has chosen which pack he’s going to run with, and he’ll do whatever it takes to defend it.