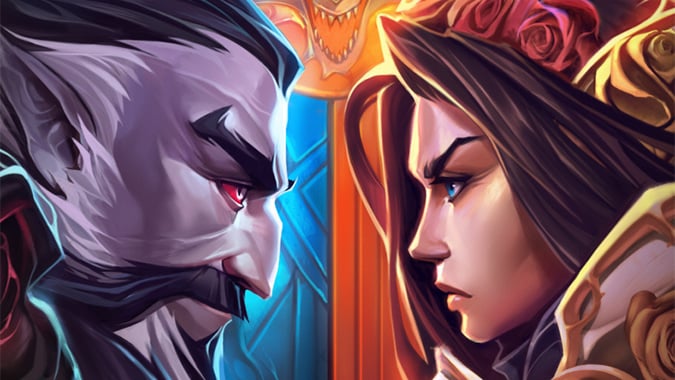 Heroes of the Storm released its third comic this week, covering the fall of King’s Crest and furthering the story they announced earlier this year at PAX East. Written by Justin Dye and illustrated by Suqling and Sasha Tudvaseva, it’s a well-written, well-paced, absolutely beautiful piece of work. I feel like I should stress this: The quality of that comic is nothing short of amazing.

Unfortunately, I find myself struggling to care about the actual contents of the comic.

When Blizzard announced they were going to try building up the lore around Heroes of the Storm, I was initially delighted at the idea. Heroes is one of those oddball games in the Blizzard franchise. It’s never really had a narrative before – it’s just a collection of heroes from various Blizzard IPs, brought together to…well, beat each other’s faces in. Why? Who cares? It’s fun! 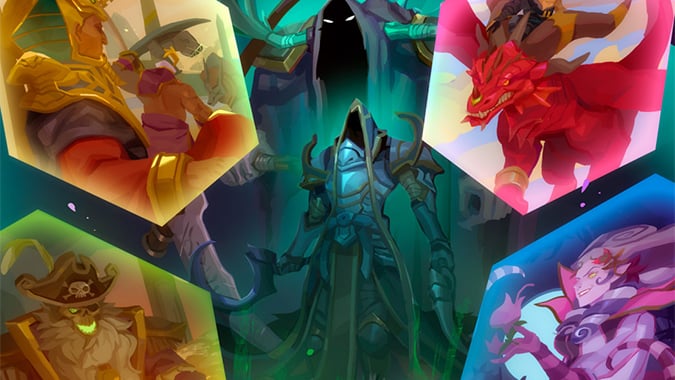 Sculpting a narrative out of all the chaos seemed like an interesting idea. It’s a big “What-if?” – what if there were a purpose to gathering all these heroes? What if there was an entire universe that essentially united all these different IPs, one that heroes weren’t even really aware of until they’d arrived in it? Blizzard is no stranger to building compelling narrative tales – each of the IPs that Heroes borrows from has its own deep, vast well of established lore.

And yet…it’s not quite working for Heroes. While other IPs almost command an emotional investment, the tale Heroes is trying to tell is also attempting to do the same, but it’s not quite hitting the mark. I feel, reading through these pages, like I ought to care about the new characters being introduced. I should care about the fate of these individual realms. I should be sad when characters make some pretty noble sacrifices in the name of saving said realms. And instead, I’m mostly confused.

To be clear: This is not the fault of the comics, which are excellent pieces of work, nor of the writing team, who have penned some excellent prose. It almost feels like this problem transcends either of those things – it’s not the fault of anyone working on the game. It’s just the nature of the game itself.


Heroes of the Storm was first announced as an actual title back at BlizzCon 2011. Introduced as Blizzard DOTA, the name was later changed to Blizzard All-Stars, and the game received its final name change in October of 2013. Two years later, Heroes officially launched on June 2, 2015. Throughout this process, focus was always on gameplay – how it played, how combat felt, how much fun it was to play – and the initial concept, which was decidedly tongue-in-cheek even in that first trailer for Blizzard DOTA.

That tongue-in-cheek look at the world of the Nexus was firmly in play even after the game launched. New skins had little snippets of lore tied to them, and none of them were reflective of their originating IPs. The idea that with Heroes, the developers could literally do anything with these characters – even sticking them in pajamas, just for funsies – was a refreshing change from the sometimes-heavy stories of other IPs. It was the Nexus. It didn’t really need to take itself too seriously.

But now it’s trying to do so. Or more accurately, it’s trying to make us take it seriously, even though it’s spent years doing precisely the opposite. And I think that’s where Heroes is stumbling – Blizzard is trying not just to introduce a narrative, but trying to introduce a tonal shift that just doesn’t seem to be sticking very well. This world of the Raven Court, King’s Crest, and other completely original realms just doesn’t carry the weight that other IPs have managed to successfully pull off.

And maybe it shouldn’t have to. Yes, the idea of all these realms being part of some inter-connected cosmic storm that pulls in heroes from different universes is pretty interesting. But in introducing all this lore, Blizzard seems to have either lost or deliberately swept aside all that tongue-in-cheek humor that made the game so charming to begin with. It feels like someone is demanding we take this seriously, even though we’ve spent years doing exactly the opposite – and enjoying the game all the same.


It didn’t need a heavy narrative. It still doesn’t need a heavy narrative. Trying to force a heavy, emotionally-laden narrative on a game that has firmly established itself as anything but heavy just comes across as inauthentic. Stories don’t necessarily need an emotional investment to be fun. Just look at Hearthstone, which definitely doesn’t have a unified tale, but instead embraces the silly and utilizes it to tell some pretty out-there tales that complement the game and showcase its effortless fun factor.

Heroes always felt the same way, to me – a tongue-in-cheek world of strange but extraordinary situations that definitely wouldn’t work in any IP it pulled its heroes from but for some reason completely works in the context of the Nexus. Some of its best moments have been when it embraced the weird factor, like the adventures of Space Lord Leoric and the Star Princesses, which felt like it was ripped straight out of Saturday morning cartoons. Or the Sun’s Out, Guns Out event, an entirely different level of ridiculousness that absolutely worked.

While all this talk of Raven Courts, realms, and Singularities is fascinating, it feels like Heroes is trying to shoehorn a compelling narrative into a game that doesn’t necessarily need one. I’ll still read along – as I said, the comics are excellent pieces of work. But I find myself wishing that Blizzard had decided to lean in and embrace the weird, instead of trying to give us an epic we didn’t really ask for, and maybe didn’t even really need.