Now that we’re finally past the launch of Battle for Azeroth and patch 8.1 is on the PTR for testing, Ion Hazzikostas sat down with Forbes Magazine and did an interview post-mortem on the launch and how Blizzard feels it went. It’s not a surprise that Battle for Azeroth was Blizzard’s fastest selling expansion and they’re very pleased with that, but the discussion didn’t stop there. With Ion doing a Q&A this afternoon, the interview is worth a read as a preamble.

Interviewer Heather Newman asked about all the hiccoughs we’ve seen along the way, from the Mythic+ chest rewards to the Azerite Armor system to Island Expeditions. So it’s a worthwhile read just to get a sense of how Blizzard is addressing those issues, and what their philosophy is going forward as patch 8.1 moves through testing and into live play.

When we introduce major new systems, there’s a lot to learn in terms of player feedback, from the beta [tests] to seeing millions of people interacting with them in a much more real way. That always teaches things, that always leads the need for ongoing refinements. Even despite our best efforts as developers, and certainly people helping us out on beta, everyone plays the game a little bit differently. You’re doing stuff [on beta] just to check it out, and suddenly we go to the live server and we’re going to learn things. And that was true for basically every major system like this that we’ve ever released. Everything from artifacts in Legion or legendaries, to the Garrison and beyond. 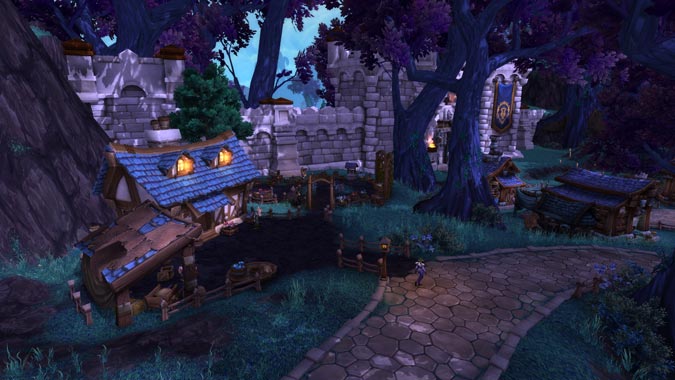 From testing to reality

It’s true — I’d forgotten how much I loved the Garrison on the beta.

I beta-tested Warlords of Draenor extensively, and all through that process I loved the Garrison, because I didn’t understand the effect it was going to have on the live game once I was level 100. I think Ion’s right to make that point — Beta testing often focuses on getting features working, on making sure they’re not buggy and don’t cause the game to crash or become unplayable, but there are still aspects of gameplay that aren’t picked up on just because a beta test is a smaller, more focused thing. When millions of WoW players get their hands on a feature for months or years at a time, things may be different.

Iterative development will by necessity occur past that point.

And so I think when we look at things like the Azerite armor system or island expeditions, some of that comes down to, “Hey what parts are working here and what are sources of concern? And how can we improve?” Whether it’s rewards, whether it’s tuning, whether it’s delivery systems. We’ve already started to undertake a lot of tuning passes on the Azerite traits. We’ve made 300-plus of these. The community has done all the number crunching, based on the meta game that they have determined is the most efficient way to play the rotations, and that has led to some traits being much more valuable than others. That was the case with artifacts, and was the case with legendaries early on. That can distort systems, and so we’re very actively, via hot fix, going back and taking passes to narrow those gaps over time.

It helps contextualize what they’re doing with Azerite Armor when you realize that there was no way to really see the player base, at max level, using Azerite Armor pieces before we actually started playing with them — no real way to beta test it and no way to understand the full ramifications of the system. Players leveling in the beta had Azerite pieces constantly falling into their laps because they were leveling — they didn’t experience the full implementation of how Azerite pieces would be acquired on live, the way you would potentially be sitting on a 340 piece waiting for that once-a-week raid boss to drop your upgrade.

It’s a worthwhile point to consider, although it doesn’t address a point he made later in the interview.

And it’s also not the end of the world to think, if you have a 355 pair of shoulders that have that trait and you see a 370 that doesn’t, well maybe you’ll hold onto the 370 until later. That happens in itemization in WoW to some extent, and it’s not unhealthy. Where it starts to get problematic is when you have a 340 and you see a 385 and you’re like, “Yeah never mind, I’m not going to even touch the 385.” And you don’t know when that will change. I think as long as you can feel like there’s a path for you to get the gameplay that you want in some more reasonably accessible form, you’re probably gonna feel better about the whole thing.

It’s worthwhile to note this: Blizzard doesn’t mind if you hold on upgrading from 355 to 370 because the 355 has a trait you like on it. But when they see players refusing to upgrade from 340 to a 385, when the jump is that significant and the trait outweighs that level of power increase (and it is a significant one, I know, because I went from 340 to 380 recently and you can feel the difference) that’s when the designers are saying oof, that needs adjusting. We may not entirely agree with it as players — I personally think you should want to upgrade from 355 to 370 or else why have upgrades at all — but I see his point. People used to have to make similar decisions over set bonuses, after all. It’s not new to Battle for Azeroth to hold off on an upgrade because of an outside ability on gear.

There’s a lot more to this interview, and I really have to salute Heather Newman here — she asked pretty much every question I wanted answered. Head on over to Forbes to read the whole thing here.