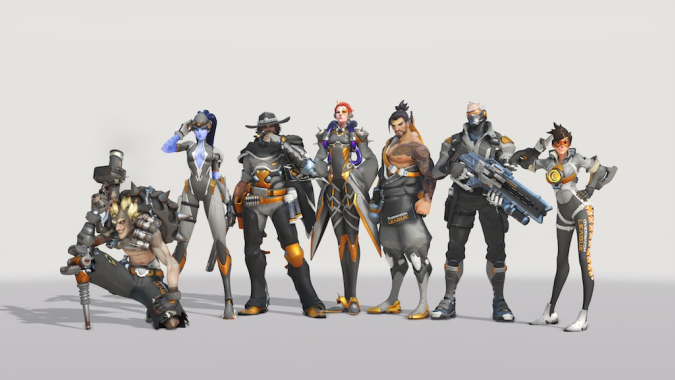 The latest Overwatch PTR has some updates that should help you both play and view the game, despite the patch notes making no mention of the changes.

For players, the kill feed — which typically shows what abilities and ultimates people use to eliminate each other — will now also shows melee kills and D.Va’s Defense Matrix deleting abilities. Melee kills are shown via a fist icon, so that you know that someone was killed by a simple punch. D.Va’s Defense Matrix can nullify many abilities like Zarya’s Graviton Surge and Tracer’s Pulse Bomb, and now you’ll be able to see what she deletes in the kill feed. This should make it clear during intense battles in Overwatch League when a Zarya’s game-changing ultimate is eaten up by an enemy D.Va.

There’s also an option to change the opacity of the hero icons that appear when a teammate dies, which can often get in the way of seeing things in the game.

Spectating the game should be a lot easier now too, because the hero section in the top left and right of the screen will show status effects. You can now see when a hero is frozen, stunned, anti-grenaded by Ana, hacked, slept, and using their ultimate ability. That means you can tell how many people are hit my Sombra EMPs and Reinhardt Earthshatters easily.

A while ago, Blizzard made a change to the third-person spectator cameras that made them dynamically rotate around the hero depending on what they are doing. In the PTR, you can select an option to enable the original, static third-person camera if you want it to stay still. You can also disable all hero voice lines so you don’t have to hear players spam “LOL” as D.Va.

All of these changes are very important to have right before Overwatch League starts in February and will do a lot to help player-made custom games more readable. Hopefully this also means that the official spectator client is on its way back soon too.