If you’ve watched any Overwatch League match this season so far, you’ve likely heard the casters talk about “GOATS” or “triple-triple” composition. Here’s where the odd name came from, why the composition is so effective, and why everyone hates it.

GOATS, or triple-triple comp was made popular by the Overwatch Contenders team of the same silly name, but its roots are in the game’s very design. Overwatch has three roles that define broad attributes about the heroes: Damage, Tanks, and Supports. Damage heroes typically have low health, but deal high damage. Tanks typically have a lot of health and damage-blocking abilities. And Support have low health and the ability to save or heal allies from incoming damage and abilities.

In the past, the game has rewarded teams for stacking high-health tanks with rapid-healing supports like Ana and functional supports like Lucio or Zenyatta, who can speed boost and damage boost their teammates respectively. Triple-triple is just another version of that in the game’s current meta. Currently, Damage characters deal near-instant-killing damage — especially when played by pros — that you can simply avoid with a six-player team composition that’s unkillable by anything other than ultimate abilities. 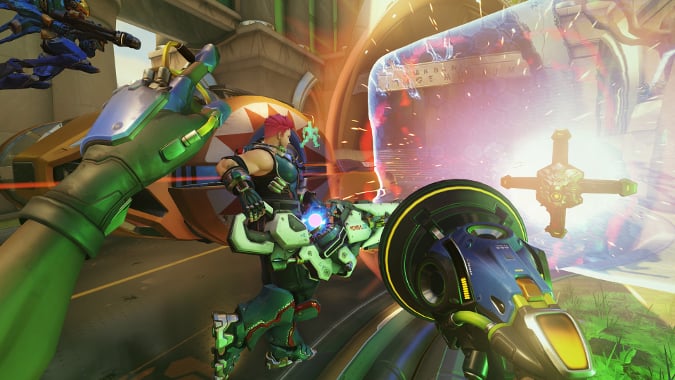 The traditional triple-triple composition includes three Tank heroes and three Support heroes: Reinhardt, Zarya, D.Va, Brigitte, Lucio, and Zenyatta. Some teams, like the Houston Outlaws, make tweaks to this composition by swapping out a Support for a hero like Sombra, but generally this is the go-to roster. The composition excels at long-fights, combining ultimate abilities like Zarya’s Graviton Surge and D.Va’s Self-Destruct, and often forcing the opposing team to run it themselves too.

When triple-triple is mirrored, the fights take forever and aren’t very visually clear — which is an issue for both spectators and the players themselves. A lot of won and lost fights with this composition are determined by small abilities like Zarya’s Projected Barrier and Brigitte’s Shield Bash, so it’s hard to follow what’s happening. The problem is that no other composition can really work against it without wasting precious time in a round.

GOATS, or triple-triple is safe, practiced, and the most efficient use of the game’s heroes and mechanics. And that’s why it’s here to stay — whether you like it or not. That is, until Blizzard makes massive or fundamental changes to the heroes involved of course, but so far, that hasn’t worked out.

Blizzard Watch is made possible by people like you.
Please consider supporting our Patreon!
Filed Under: GOATS, Overwatch Esports, Overwatch League
Advertisement