The Queue: It is not actually the Year of the Dog 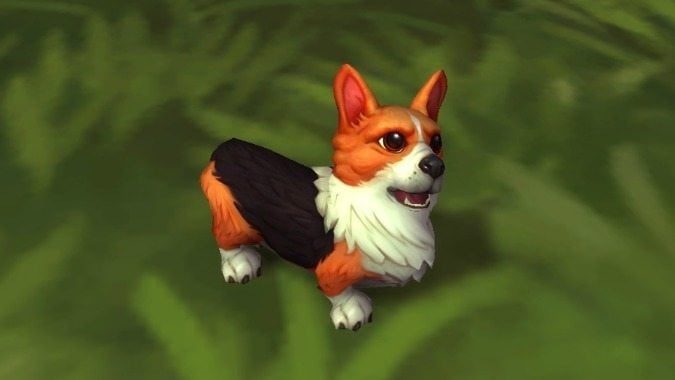 No, really. I checked.

Q4tLiz: do you gain power during the year of the Dog?

Roosters are more vulnerable to accidents in the Year of the Pig 2019. As such, pay attention to your driving habits, your health, and what you eat. High stress levels are also certain to be abundant this year, so try to keep yourself in check. Stress is often referred to as the silent killer. When you feel pressured, take a deep breath and everything will be just fine.

Thanks, horoscope. I felt fine (more or less) before I read that, but now I am feeling pretty stressed out.

But last year was the Year of the Dog. I didn’t feel especially superpowered then, either, and my horoscope for the year was simialrly grimm:

The 2018 Year of the Dog has more unlucky events for Roosters. Each step must be considered before acting. Problems in the workplace can lead to low spirits and low health. In order to stay safe, Roosters should be more careful than before. Try maintaining a low profile and obeying laws.

So, no, I do not think I gain any particular powers in the Year of the Dog.

Q4tQ: With Blizzard increasing the development side of things, what are you personally hoping for: more titles in existing franchises or brand new IPs? As much as I’d like to see a new Diablo or a single player Overwatch game, I’d be much more interested to see the amazing art team get a chance to dream up a brand universe.

I’ve been saying this for at least the past four years, but… I really think this is the year of Diablo 4. I think it’s going to happen. I believe. I will keep believing until it happens. Or until I die. Whichever comes first.

And even though it isn’t exactly new content, I’d love remastered versions of Diablo 1 and Diablo 2. I loved those games, but they definitely show their age.

What I’m not holding on to hope for is a whole single-player Overwatch game. Sure, I want one, just like everyone else who’s followed the stories told in the shorts and comics. But if Blizzard does it, I suspect it would be some kind of episodic add-on to the existing game. So now come on, Blizzard, prove me wrong and release a brand new Overwatch title! I dare you!

So QftQ: How long does it take to finish the Tides of War campaign? Still gotta do those for Horde/Alliance.

I didn’t feel like ME:A was long, exactly, on a BioWare scale… I just didn’t have the same emotional attachment to any of the characters that I did in the earlier Mass Effect games, so it felt long. If you weren’t talking about Mass Effect, well, the point still stands.

As to Tides of War, there are 40-something quests to it, so it is also lengthy — but I assure you that it’s well less than 90 hours of gameplay.

Q4TQ: Do you think we will see Sylvanas raising a major lore figure at some point this expansion? I have always had the feeling that the story would go there eventually and Jaina’s brother wasn’t really impactful enough in my opinion.

Derek is a good story choice from the perspective of telling a story about the Proudmoore family — which has really been the heart of the Alliance-side Battle for Azeroth experience. It probably wasn’t the best choice to make every player feel the hurt, but it will definitely cause Kathrine and Jaina some pain, and we’re along for the ride.

But will Sylvanas raise anyone else? It’s within her power, but before getting into that, I want to rewind back to Legion. When the Death Knights were raising Azeroth’s greatest heroes to fight the Legion and apparently no one noticed. The Lich King grants Death Knights the ability to raise a new four horsemen, and so they go and revive Nazgrim, Thoras Trollbane, Sally Whitemane, and Darion Mograine. I would think that Whitemane, in particular, would have some serious issues about being raised as undead, but apparently it’s totally fine. None of your newly revived horsemen mind what you’ve done to them. And no one else in Azeroth seems to have a problem that the Death Knights and the Lich King have created a new four horsemen. This is fine. This is all fine.

So. Considering all of that happened without anyone so much as blinking an eye, just what could Sylvanas do that would really shake the world? I thought about this for quite a long time before my brain struck on the obvious answer… and the more I think about it, the more interesting I find it.

If you want to severely unsettle the Alliance, there would be no better way than by raising their king and turning him against them. The power over life and death (or life and undeath) that Arthas wielded in Wrath of the Lich King gave the game some tremendous story moments — and it’s clear that for all Sylvanas hates Arthas, she learned from him, too. This kind of devastating shock tactic could have potential, both granting her a powerful new weapon both in Varian’s own ability and the emotional toll seeing him would take on the Alliance.

There are, however, some major problems here. There would be no controlling Varian. There would be an epic Varian vs. Sylvanas showdown which… I actually really want to see now. Plus, does he even have a body to raise anymore? Is there a way around it? If there is, certainly Sylvanas could find it, but it does pose a problem.

But would Sylvanas do it? Certainly she has no moral compunctions against doing terrible things, but this is a logistically difficult terrible thing. And there are Alliance figures who aren’t so well protected she could potentially find. Uther’s tomb is literally marked on the map. Tirion’s body (or whatever parts of it are left) must be somewhere.

Still, I think she would only do it if it brought her a particular strategic advantage. Derek does, in that his presence will strike fear into the hearts of Kul Tiran leadership. Any old hero of Azeroth wouldn’t have the same effect, so Derek is perfect for her ends right… at least until she comes up with new ends.

And since her end game here completely eludes me, I can only say it would be a roller coaster of a story… but who the heck knows what she’ll do next.

Overwatch showed off a HUGE number of new items at the NY toy fair. Nerf stuff, action figures, monopoly, and more. Do you think this means we’re getting something big that has to do with the actual game or story and just league nonsense no one cares about?

I really don’t think it has anything whatsoever to do with the game. Blizzard is doing a lot of merchandising for Overwatch, and the latest swag seems to have hit just as Overwatch League season 2 hype is kicking off. The Hasbro action figures are due out some time this spring, which is perfect timing to advertise them to everyone who tunes into Overwatch League matches.

If you can’t tell from my lack of enthusiasm, I’d rather have more gameplay than have action figures. But here we are.

Q4tLiz: an easy one. How to clean inside Dog ears?

There’s an increasingly odd dog theme to your questions, Spencer. But because basset hounds are prone to ear infections, I actually know this one off-hand, so here you go. There isn’t actually a lot of mystery here: you can buy ear drops or wipes designed to clean dogs’ ears. I think drops work better, but wipes are easier.

In my experience, dogs universally hate ear drops, but if they get an ear infection they usually have to have medicated ear drops twice a day for a week, which is worse than cleaning their ears with ear drops once a week or so. (Tip: keep the bottle of ear drops in your pocket for a while before using it. Then they won’t be cold and the dogs tend to fuss a lot less.)

That’s dog-speak for goodbye for now.