The Queue: I don’t know what happened 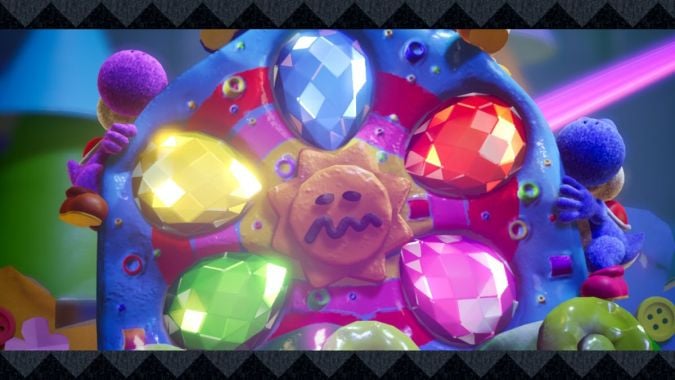 I’m gonna be completely honest with you guys: I have no idea what happened in terms of April Fool’s jokes yesterday. I spent Sunday away from home, fell asleep extra early, and then spent all of Monday doing work. So anything that transpired after Saturday is not something I’m privy to.

That said, you guys were pretty cool about asking questions, despite “Mitch having Queue duty the day after AFD [be] the most poetic form of justice,” according to PumaBackup. JOKE’S ON YOU, PUMA! I GOT PLENTY OF QUESTIONS!

With that in mind, let’s Queue.

RYAN JAGODA‏ (@CASCOGOAT) HELPED ME MAKE SURE I DIDN’T FALL INTO PUMA’S IRONY:

Hey Mitch! To save you the trouble of the April 1st hijinks I figured I’d ask a legitimate Queue question here. How do you feel Alliance questing stacks up vs. Horde questing in BfA? Do you have a preference?

I’m actually pretty torn here. Both Horde and Alliance have zones that aren’t necessarily GREAT — Vol’dun and Stormsong — but those zones still serve a narrative purpose and give us some really cool beats among the quests that feel more like side quests. Vol’dun absolutely beats Stormsong in my opinion, and my gut instinct was to immediately say, “Horde questing is better.”

…But then Drustvar throws a big wrench into my evaluation. It’s no secret that I love Drustvar. I’d play an entire expansion that used Drustvar’s aesthetic or expanded the story playing out there. I’d even put up with the tiny hallways if it meant we got a raid in the style of Waycrest.

I think, once we’re a few expansions removed and it’ll only take ONE zone to get through BFA content, I’ll prefer the Alliance side of things. But as it is, you (generally speaking) have to go through multiple zones to go from 110 to 120. As such, I’m gonna give this one to Horde.

Overall, though, neither side is a no-contest winner. They both have highs and lows. I think the Alliance’s highs are higher but its lows are lower.

SPENCER MORGAN… WHY THO?

Q4tQ: If we destroyed Mitch would he be gone for good? Would it poison the land for thousands of years? Would he just zoom back into a phylactery somewhere?

Even if you destroyed my physical form (for some reason), you can’t destroy my legacy. You cannot destroy the ideas I represent. But also, yes, the land would be desecrated and barren for years to come, while I hibernated in a phylactery.

2BE: Today Mitch definitely beats 2018 Mitch, but I’m still not entirely sure Today Mitch would win against mid-2016 Mitch. It’s been a long climb back up, and that match is a toss-up.

HUSSKIES HAS TWO QUESTIONS THAT ARE A LOT LESS WEIRD:

Q4TQ: When do you think we will know / have an idea of who the end boss of BfA is going to be? When we start getting details and datamining from 8.2 or not before later, after the Azshara raid?

Q4TQ: Of all the current major lore characters (Anduin, Sylvanas, Jaina, Saurfang, Baine, Genn, Tyrande, etc.), who do you think would be most susceptible to fall to the whispers of N’Zoth?

Assuming Blizzard doesn’t pull a fast one on us and add an 8.3.5 or 8.4 boss, I’m going to say we’ll likely see raid details about the final boss appear as soon as the 8.3 PTR is up, which will probably be a few weeks after 8.2.5 drops. Given 8.2 is probably going to hit around July, that gives us 8.2.5 in October… and THAT conveniently puts the 8.3 PTR riiiiight around the time BlizzCon will likely be. However, given all signs point to an expansion announcement this year, would Blizz really announce 8.3 and 9.0 at BlizzCon? I don’t know. The patch timing in BFA is a bit off from what it was in Legion.

But even if we don’t see a PTR until November, we might see an announcement earlier at, say, Gamescom in August. So, TL;DR — probably won’t know until summer or later.

To your second Q: I’m not so sure N’Zoth is as much about maddening whispers as he is deals. In that sense, Sylvanas seems like the most likely candidate to outright make a deal knowing who she’s dealing with. But if you’re talking falling for a cunning trick? I don’t necessarily think it’d happen, but Anduin seems to be continually in over his head, and I wouldn’t be surprised if N’Zoth tried to take advantage of that.

RED, IS THIS A TRAP?

“I have no time for games!”

“All I wanted was to study!”

Which of these quotes by famous Warcraft characters is better?

The first one clearly depicts a focused leader; someone who knows what she has to do in order to ensure the future of her people and those she commands! She can’t waste any time with distractions! She has no time for games, it’s all serious business! Life is no game! Unlife, even less so!!!

The second one clearly depicts a BIGOL’ NERD

Okay, yeah, this is definitely a trap. That said, Jaina’s old voice lines about reading, studying, generally being a nerdy student… those are a totally different version of Jaina than the one we have now. That’s not to say she doesn’t stay on top of her studies, but “I have no time for games” wins because it’s a lot closer to the same character we have now.

Jaina’s Warcraft 3 characterization was a quiet, studious love interest to Arthas. Her BFA characterization is a badass who could write book after book of how to kick ass and why all the old texts are wrong and she’s better.

OMEDON, I DON’T KNOW IF I HAVE THE BEST ANSWER HERE, BUT I’LL TRY:

Hey guys, this has been bugging me and maybe you can help! As someone who a) looks forward to repeatable overworld PVE content the most and b) skipped MoP, I’m wondering what people are excited about when Blizz says things like Nazjatar being partially inspired by the timeless isle. From a PVE standpoint, what does this mean? Everyone talks about the timeless isle as a benchmark of overworld fun, are they talking PVP stuff or PVE? What were the PVE highlights and how could they possibly be better than world quests and invasion type events, both of which I greatly enjoy?

As someone who liked the Timeless Isle but never exactly LOVED it to the extent I think most people do, I think the appeal was that it was a lot of random events/enemies in a relatively concentrated area. You could rare hunt if you wanted, you could click random objects if you wanted to do some weird platformer-type jump puzzles, and you could fight a couple different bosses for quick gear.

In terms of being better than World Quests, I think the Timeless Isle had the advantage of never feeling mandatory at any specific time. Having the “World Quest” label automatically makes it feel like it’s an objective to complete before a certain time runs out. The Timeless Isle’s endless supply of objectives were never labeled as such. You could do X if you wanted. You could do Y if you wanted. You could do neither and just run around! I do also think the size of the island was helpful. It wasn’t small, but it also wasn’t as big as, say, Argus.

Oh, and there absolutely was PVP activity for those interested. In fact, it could be done against your own faction!

ARTHONOS, I HAVE THOUGHT ABOUT THIS A LOT:

Honestly, my favorite mount to use with Shadowform is Tyrael’s Charger. I realize that’s an exclusive mount, but it just looks so damn good. Any mount with that sort of translucent coloration really looks good in Shadowform, to be honest. The Hearthsteed looks pretty good with it, too, thanks to how the blues shine through the Shadow-y coloration.

Oh, and I don’t think it necessarily depends on your Old God affiliation unless you REALLY want to tie things together thematically. If that’s the case, the Ultramarine Qiraji Battle Tank works for C’Thun. The Hivemind kiiiiind of works for Yogg-Saron, but it’s not perfect (the original iteration was, however). Not really sure about N’Zoth or Y’shaarj (and I’m too lazy to sort through all the mounts right now for an answer).

MISTAH JAY WITH THE RELIABLE 2BE:

2FactionsEnter: The Botani vs The Scourge

I prefer the Scourge because do you know me? But the Botani are pretty cool in their own right. Also they exist in a different universe, so I guess they sort of win in that universe. Unless the Scourge exist over there, too..

TIME TO CLOSE THINGS OUT WITH A NOD TO THUGARTH

Holy cow, my question was picked! I’ve been reading this site for years, and that’s never happened before!

Thanks for the answer!

There wasn’t a question here, but I always like seeing people happy to be picked for questions :) I hope you enjoy the two-days-in-a-row shout-out and continue to be awesome!

That’s all for today. Have a good one, folks!