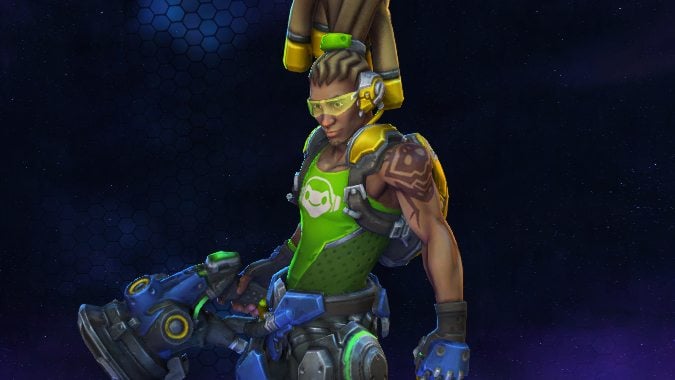 There are a lot of characters on the Heroes of the Storm roster. You can’t be a pro at playing all of them, so we’re here to help. We’ll be taking a look at some of the best characters that Heroes has to offer, getting into what can make them tick — and more importantly, how they could work on your team. We’ll look at tips, synergies, conventional talent builds, and even try to find fun talent builds to take for a spin.

With the beats bumping and the music thumping we have Lucio, Brazil’s most famous DJ/Resistance Fighter/Roller Skater. He recently got a few major tweaks and talent changes so this makes him the perfect person to get the party started. Lucio is a healer who excels at keeping the entire team healthy, and being just an all-around nuisance to the enemy team. Have slow teammates who can never catch that Tracer? Speed them up! Is Prince Kael’thas a little too good at spreading his Living Bombs? Amp up the healing beat and everyone will be groovy in no time. 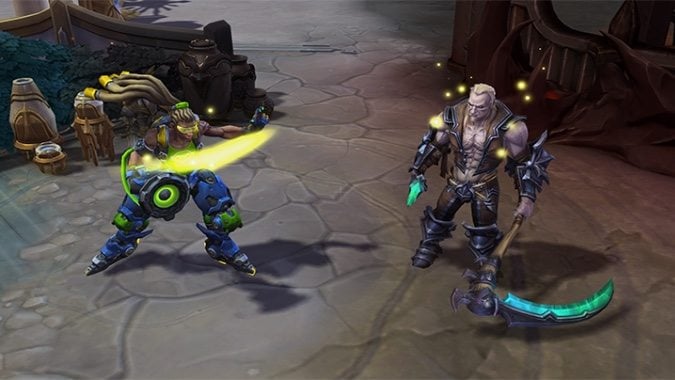 You should pick Lucio if you like playing heroes that never stand still, and can be tough to nail down — especially if you’re playing on a smaller map. It can be tough to get Lucio all over the bigger ones since he’s only got his skates. Make sure that you’re rolling pretty close to your squad so everyone can get the benefit of being in the mix.

Before we jump into some talent builds let’s talk about the biggest change to come out of his rework. Lucio got a new ultimate ability called High Five, where you dash to a teammate and give them a small heal, while also making them unstoppable. This is great if you’re looking to stop Stitches from hooking someone, or an Ana sleep dart. It’s less great if you’re trying to help someone stuck in an E.T.C. Mosh Pit or Deckard’s Stay Awhile and Listen. Like all high fives you’ve got to be right next to someone to do it, and you’ll often wind up stuck in the bad thing alongside them. Be careful, and high five responsibly!

Lucio still has Reverse Amp, but it’s been moved to his level 7 talent row. This makes it an amazing choice. I almost never picked Reverse Amp before, and now it’s in 100% of my games. The extra bit of damage and control it provides can mean all the difference in fights. The other talents at level 7 don’t compare. The shields you get from using Good Vibrations aren’t enough to make it a more attractive choice. Boombox can be used for scouting and keeping an eye on the bushes, but it’s quite easy for your opponents to smash it before you get much use out of the music it plays. 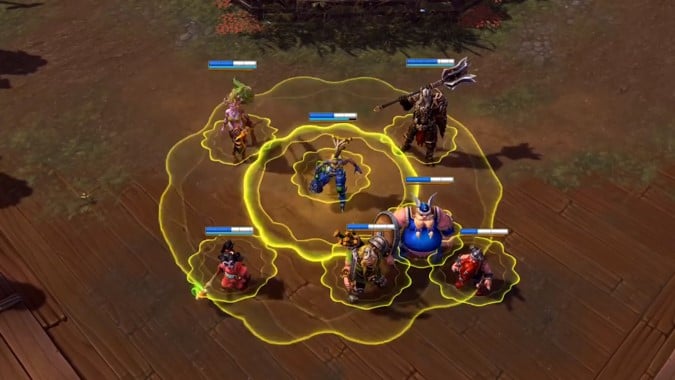 My go-to build for Lucio just focuses on putting out as much healing as possible. You take talents to boost the powers of your music tracks where possible, increasing the size at level 1, adding percent based healing at level 16, and a flat healing increase at level 20. Sound Barrier really allows for some clutch saves, especially with some of the damage you’ll see from burst focused heroes like Chromie and Kel’Thuzad.

You’ll want to stay back a little more, which the increased size from Party Mix helps to accomplish. You’ll be able to keep a spread out team topped up without worrying too much about that Butcher who just ran halfway to the enemies base. At level 20 you could choose to take Summer Anthem — 1.5 seconds of invulnerability is amazingly powerful — just be careful with the 70-second cooldown. 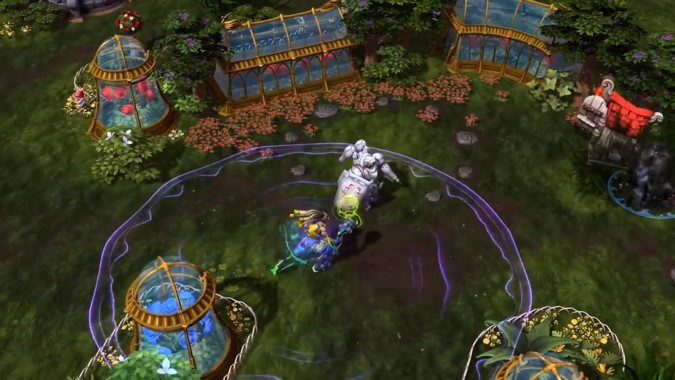 High fives for everyone

In contrast to the high healing and sound barrier build, this High Five focused build is about making Lucio into the most obnoxious, in your face healer possible. This is more about the damage and stuns and slows you provide. You won’t be contributing as much healing, but you will make the enemy think twice about engaging. The key to this build is making as much use of Push-Off as possible. Supersonic lowers the cooldown, and Heavy Casters turns the effect from a slow, into a great stun. Which is perfect for separating that Cassia from the rest of her team. Up the Frequency and Reverse Amp go together to further add to your control and the damage you add to the team fights, while Accelerando helps you get into and out of danger quickly.

Contributing to the high mobility that you need is High Five. You’ll do a small heal, help a friend who might need to be unstoppable, and most importantly dash from person to person. Mixing Fire will double the number of targets you have to high five, letting you attack the enemy. The healing debuff on them is a nice bonus. Just keep a careful eye on your mana pool. All those extra high fives will mean many more trips back to base to refill.

Remember that your greatest strength with Lucio is your mobility. Don’t stop moving, and try to stay near the walls. If you find yourself caught out in the middle of the lane, you won’t have access to your best escape tools. Hopefully, these builds help you become the best Freedom Fighting DJ that you can be. If you play well enough, your teammates might be looking for an encore!