The Queue: A Small Monkery 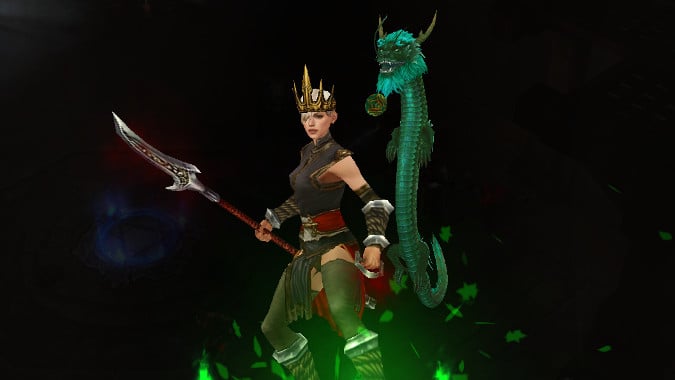 CYPHER IS CHARGING UP THE OLD HEADCANON

QftQ: Do your characters have ties with major or minor NPCs? Family, romance, friends, and if so, what’s the headcanon? How do you justify it compared to game canon/lore?

(For instance, my hunter is a “nephew” to Hauldron Brightwing; because after the Scourge invasion, Brightwing “adopted” a bunch of novice Farstriders who lost everything and basically said “We’re all family now, we’ll get through this” because he became the Ranger General and making it official helped the survivors.)

Nope. All of my characters are utter nobodies. Even the ones who are level 120 and who used to be the Battlelord or the Highlord or the Deathlord or whatever. None of my characters are related to anyone famous, none of them have any real history with any of them. My Nelf Warrior was born within the past thousand or so years and before the Night Elves joined the Alliance she was a fairly carefree sort, coddled by the various older Elves she spent most of her time with. My Draenei Warrior was old, old enough that he knew Velen back on Argus, but not personally — he knew Velen the same way I know who Justin Trudeau is. I just like it better when I don’t feel constrained by those kinds of connections.

SPEED_LANCER DIDN’T ASK A QUESTION BUT I LIKE THE IDEA

I’d really like it if some WQs gave you a choice in rewards. Currently, I don’t do WQs unless they’re for emissaries, and that’s only if the emissary reward is a possible gear upgrade or appearance, and that extends to most WQs too. I look for the transmog opportunities first, then gold, then resources.

If some of them gave me an old quest pop-up when I completed it and let me have a choice in reward, I might do them more. Then again, I don’t really need more reasons to play more than I do at the moment.

I agree with this idea — in fact, I’d go so far as to say I think it should work that way for those chests that give you a random shot at a piece of gear. Instead of just dropping who knows what, they should give you four options and let you choose the one you want.

MOVEWOW WANTS TO TALK ABOUT FACTIONS

Q4tQ: What do you think about having faction reputations be a greater part of the game? Kind of think Legion Artifact weapon quest lines or Class Hall mount quest line. But nothing that’s needed for gear progression. Maybe the reward could be a cool diplomat transmog set.

I know some of that is in the game now but I’m talking about making them more immersive as game play. As a Druid I really enjoyed earning my Cenarion Circle Title. It wasn’t something that I felt I had to do and even today, after so many years of saving the world of Azeroth again and again as it’s champion, that experience and title is still something very special to me.

The War Campaign is basically this. I don’t expect they’d go back and put in long, involved questlines for every faction, especially not for factions that aren’t relevant to the current game and its story, but then again I’d like it if these big factions actually had opinions about things. Like, as an example, what do the Argent Dawn or Crusade or whatever they’re called now think about Sylvanas’ aggressive moves in the Plaguelands? Are the Cenarion Circle as a group on board with the burning of Teldrassil? I get that the Earthen Ring is busy in Silithus, but maybe that should be a story we get to see in game? Maybe there should be a questline for players to see how the Wyrmrest Accord is functioning with the Aspects all having lost their powers and Deathwing dead.

So I guess my answer is that I’m cautiously interested in seeing this. More factions involved in the unfolding story could be a cool way to make it less binary and polarized.

I was just thinking… WoW Classic comes out this summer. We’re, like, a month away from summer. How do we not have a release date yet? It’s not like they’re saving it for BlizzCon.

Ok that was my first really hard dungeon tanking with little buddy. No wipe or anything but I was taking a real beating and lost aggro on some mobs few times. The healer started giving some tips and coaching me as if I was a total noob and have never played an MMO before. He was somewhat kind about it so I just played the part.

Q4TQ: Have any of you ever pretented to be new to a game to justify your obvious lack of capabilities? :P

Sorry, that’s the answer. I’ve never done that. Then again, nowadays when I tank a PuG it’s a rare thing and I do not talk at all. Like, not even once. I don’t say anything to anyone. I just pull mobs, tank in grim, efficient silence. One time I tanked a run into Siege of Boralus and the group openly speculated if I was a robot.

They were appreciative when we successfully cleared it, so I said that yes, I was a robot as I dropped group.

So keep that in mind if you ever get a random tank — Warrior, DK or Paladin — in your late night dungeon run who does not talk. It might be a robot. Or it could be me. And I guess I might be a robot. After this week, I almost wish I were.

Okay. That’s the Queue for this week. Remember to ask lots of questions so Anne has stuff to talk about next Monday. And seriously, next Thursday? Take some pity on a dude who just spent a week literally running on an average of 1 hour of sleep a night and ask me some nice softball questions in the Thursday Queue.

Blizzard Watch is made possible by people like you.
Please consider supporting our Patreon!
Filed Under: A Small Victory, Monk
Advertisement