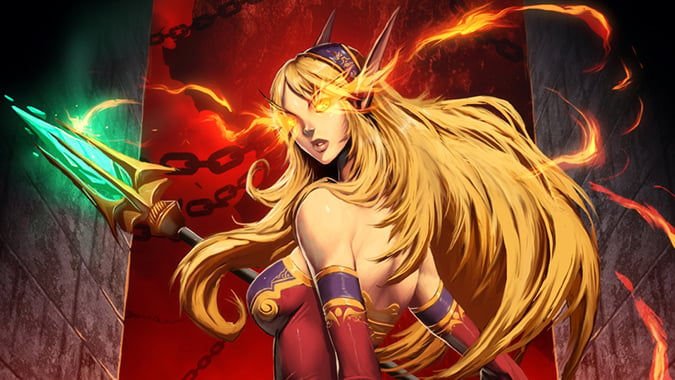 The latest Hearthstone patch tucked in an update to eight cards that swaps out their slightly sexy or violent art for a tamer look. And in two cases, both the art and the name of the card was changed completely.

The cards that got updated include: Windfury Harpy, Secretkeeper, Eviscerate, Bite, Deadly Shot, Headcrack, Succubus (now Felstalker), and Mistress of Pain (now Queen of Pain). If you look at a side-by-side comparison, it appears that Blizzard removed things like the blood on Eviscerate, the over-the-shoulder pose for Secretkeeper, and the amount of skin with the Succubus altogether. These changes appear to be similar to the recent change to the art for Jaina.

Many fans took this as an indication that the game was trying to conform to China’s heavily censored gaming market. In the past, Blizzard has had to make specific changes to the Chinese version of WoW to keep it available there. 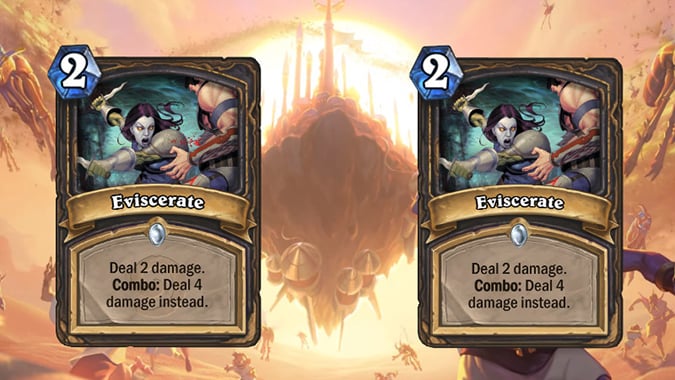 But according to Lead Mission Designer Dave Kosak when speaking to PC Gamer, China wasn’t the reason the team changed the cards. Kosak said the cards were changed because they didn’t meet Blizzard’s standards when it comes to portraying sex and violence in its games. In the case of Headcrack, it was because the original card was too dark to read.

“It wasn’t because we were looking at ratings, or international [regulations], or anything like that,” Kosak said.

For a game that is ESRB-rated Teen and is freely available on phones and PCs, it probably makes sense for Blizzard to regularly review how it represents itself through the cards. Minor changes like these, while seemingly unnecessary, aren’t the end of the world. That hasn’t stopped people from making fun of the changes with a Winnie-the-Pooh card, a redone Baited Arrow card, and a Hello Kitty clothed version of Lord Jaraxxus.

Blizzard Watch is made possible by people like you.
Please consider supporting our Patreon!
Filed Under: Art, Card Art, Censorship, China
Advertisement