The Queue: This is the Gnome you’re looking for 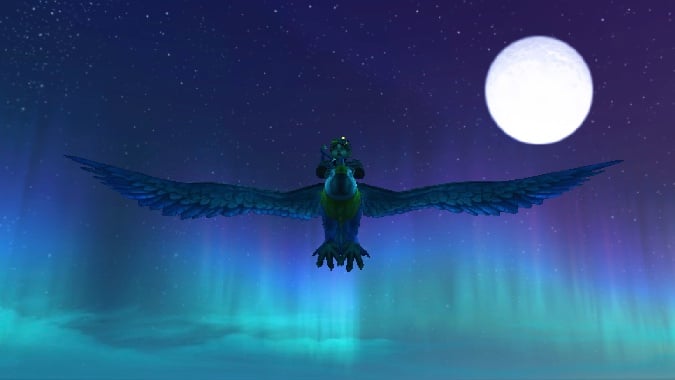 If we saw the barrier to grouping between Horde and Alliance players relaxed or even removed in the next expansion, what do you think that would do to raiding?

Right now, it feels like it’s tough to keep a raid team together. Some of the encounters in Dazar’alor and Crucible of Storms were brutally difficult and left no room for error, leading to endless wipes and a lot of frustration. When people are frustrated, they aren’t having fun, and when people aren’t having fun they stop showing up for raid nights.

Then you have to either PUG (dangerous) or recruit (difficult) and hope people stick around so you don’t have to repeat the cycle too quickly.

Opening up raid restrictions so Horde and Alliance had opportunities to play together would make it easier to keep raid groups going simply because you would have a larger pool of players to draw from. That just means that you’re more likely to find players who are interested in doing the same kind of content you are.

And in a time when it seems to be getting harder and harder to find (and keep) a raid group, that can only be a good thing.

I’ve also wondered this, but I’m far too afraid to ask because someone would answer me and I might not want to know the answer.

Q4tQ: Would you be ok with having playable races that had armor slots that were invisible (Naga with legs and boots, Junker Gnomes with gloves, bracers and boots etc)?
They’d still be able to equip them for gameplay purposes but they wouldn’t show on the character model.

Absolutely! Allowing armor slots to be hidden like this would open up a world of racial possibilities for which traditional armor slots wouldn’t work. Obviously everyone has to be able to equip the same armor so our stats remain equitable, but if some armor could simply be invisible for some races, we really could have things like Naga or Murlocs, who simply don’t work with traditional armor models.

Q4Q: Do you think we’ll get the next expac announcement at Blizzcon this year?

Could we get WOW 9 and Diablo 4 and Overwatch PvE, all in the same Blizzcon?

I 100% think we’ll get a WoW expansion announcement at BlizzCon this year.

I also 100% think we’ll get a Diablo 4 announcement at BlizzCon this year… however I’ve thought that for at least the past four years running, so you may want to take it with a grain of salt. Or two. Possibly three. Maybe the whole bottle of salt, actually.

Overwatch 2 (or an Overwatch PVE game or mode) I’m not sure about though. We’re already quite familiar with the WoW dev cycle, so I feel safe saying that an expansion announcement is on the horizon. And though we keep being disappointed by the lack of Diablo 4 news, we know Blizzard has been hiring for the game and thus is working on it. That’s been happening long enough that I feel pretty confident about D4 coming soon. But Overwatch 2? We’ve barely heard a whisper. My money says that’s coming later.

I’m afraid not. You’re on your own for this one.

How awful is moving*? Like, what would you be more willing to do than move?

I am very resistant change, and dislike something so drastic as moving. I’ve only done it a couple of times in my adult life. I have burrowed into my current home and do not look forward to leaving it. There’s so much to box up, so many things to disassemble.

And that’s before you even get to the moving part. You have to load up boxes and truck them from place to place (or pay someone else to) and then you have to unload them. Ugh.

On a 1-10 scale of awfulness, I’d say it’s about a 13. So what would I rather deal with? Pulled teeth, broken bones, car crashes… I don’t know, but there’s a lot of stuff that doesn’t sound as bad as having to move.

Rossi has also chimed in with some helpful insights, though, explaining that apparently moving is the most stressful thing you can do outside of death or divorce, per the New York Times.

Good luck to you, Mitch. And good luck to me, too, because I’m planning a move to Toronto (probably) next year.

And with that informative bit of knowledge, I am logging off for the day. Be kind to each other and ask lots of interesting questions, my Queuevian friends. Have a lovely Monday afternoon!