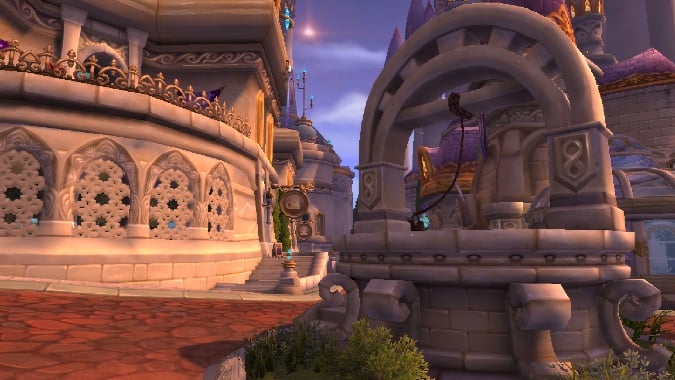 Toss your coin, make your wish.

Q4TQ: do you think the release schedule for WoW Retail will be affected (slow down) due to the fact that WoW Classic exists now?

While the two playerbases may not completely overlap, do you think Blizzard might consider that Classic will keep a larger number of players “busy”, and therefore willing to wait a little longer before new content is released for Retail?

Or do you think one will not affect the other at all?

I think the most likely scenario is that content updates alternate. WoW Classic dropped just when we were getting bored of patch 8.2. Perhaps patch 8.2.5 will drop when we’re getting tired of the Classic grind, then Classic Phase 2, and so on.

That seems like an easy way to keep players that love Warcraft — in one form or another — always playing, regardless of game. With two games, Blizzard has twice as many chances to give us something new and shiny (or old and well-polished by nostalgia, as the case may be).

It feels like there’s a haiku hiding in here somewhere.

Q4tQ: Which dungeon are you hoping gets turned into a pet dungeon next? I’m thinking Maraudon could have a great variety of pets, but part of me wants them to skip to a different expansion and make do Mechanar.

Classic has me thinking about a lot of things I’d pushed out of my mind for years, so when you said this the first thing that popped into my mind was Dire Maul tribute run.

I don’t recall Dire Maul having any particularly exciting critters in it, but I am now mentally imagining a tribute run but on a smaller scale, with different kinds of mice or other ridiculously small, adorable things instead of lumbering ogres, each presenting you with a new challenge before you can meet their tiny, adorable king.

Q for the q, now that the story has had more time to be fleshed out, how do u feel about BFA, and are u excited for 9.0

Battle for Azeroth has had some fantastically emotional moments, primarily (in my mind) with Jaina and Talanji. However, the overall story has really left me cold and I think my final reaction will come down to how it ends. We don’t know what Sylvanas’ end-game is, and so far we’ve mostly seen her taunting the Alliance and tearing apart the Horde to no particular end. Presumably she’s still chasing something that will give her the power for the Forsaken to live on, but I can’t recall that actually coming up at all this expansion, which makes her behavior rather baffling. If all of this confusion turns into a coherent story by the end, I’ll have enjoyed it. But if it remains a mess of confusing character motivations, I probably won’t. I think Sylvanas is a very interesting character, and if she’s doing all of this just because we needed a villain this expansion, it feels like a waste of her. So we’ll see what happens.

As to 9.0, I’m sure Blizzard will keep me in, but I’m so unenthused by this endless conflict, where we’re forced to follow leaders we don’t agree with as they do things that range from stupid to horrific. Blizzard has been leaning hard into this story for a while now, and I’m beyond done with it. So my enthusiasm there also varies.

Are you still expecting an expansion announcement at Blizzcon?
With no news on 8.3 yet I’m starting to wonder if they’ll really reveal both the last patch of the current expansion and the new expansion at Blizzcon.

A few people seem to be wondering about this, but I think Blizzard definitely has an expansion announcement prepped for BlizzCon. Frankly, I wouldn’t be surprised if we find out about 8.3 and a new expansion at BlizzCon this year — something coming soon and something to look forward to in the long term.

Are there any things you’d like to see Blizzard learn from older expansions? Playing Classic has made me have that itch again (the good kind heh). :D

I still miss vanilla-style talent trees, but I don’t have any particular hopes that Blizzard is bringing them back.

Would you say, on the whole, you are glad classic has come out?

I’m honestly on the indifferent side. I’ve enjoyed revisiting Classic but it’s cut into my already limited gaming time and I can’t decide whether I really have the time to play both, particularly since Classic is so grindy.

Plus I was working on replaying Dragon Age 2. There’s just not enough time to do everything!

And I think that’s all for today, my friends. Thanks for chiming in with questions this morning — it was a big help.

Have a great Wednesday and a chain of great days-ending-in-y to follow.