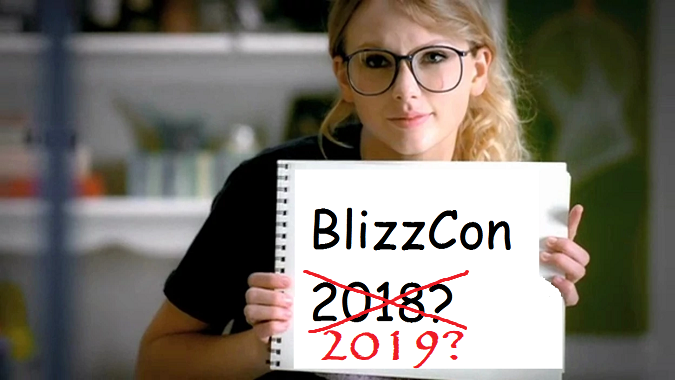 Here’s a fun one to ponder while y’all read over this: If The Queue were turned into a simulator-style game, what would it look like? I think the characters you could play as would be fairly obvious, but would there be bonus characters? How would one unlock Jovan? And how would you be scored? What a fun concept for everyone to think on!

While you do that, let’s Queue.

AUSSIEEEVEE (@AUSSIE_EEVEE) WANTS TO KNOW WHAT HAPPENS WHEN THE DUST SETTLES:

QFTQ: After Phase 6 is done, what do you think will come of Classic? Will it remain popular? Will it die down to a niche following? Will Blizzard expand on it with new content?

There are a couple parts to this question, but I want to open with what I feel is the most important part: I do not think Blizzard will expand on Classic with new content, nor do I EVER want that. The point of Classic is that it’s a (mostly) unchanged version of the game as it was, but just with content releases to prolong its life.

Now, as to whether or not it will be popular after Phase 6… I think it will have a niche, as you suggested. The joy of Classic, for many, is likely the leveling journey. There are some guilds out there already raiding, but keeping 40 people raiding content regularly knowing that it won’t have anything added later on can only last so long.

Which is why I think that, if it remains popular enough until Phase 6 hits, we’ll see Burning Crusade servers. If it dies down really quickly or the middle phases see only small surges in players, then I think Blizz might just let it remain as is and end the “old content” experiment. But if Classic maintains a relatively high level of interest throughout all phases AND has spikes during new phase launches, I think it’s likely they’ll keep things going with BC content.

OH DANG, WAS THAT ONLY THE FIRST QUESTION? I SHOULD ANSWER FUZZYBUNNY (@PHAROAHFUZZYB)’S QUICKLY:

There sort of has to always be an enemy or a threat or a force to face if the game is to survive. Really, what would WoW look like if that weren’t the case? But that doesn’t necessarily mean a single “big bad” will plague us each expansion.

It’s arguable that N’Zoth (and maybe even Sylvanas) have given us a “big bad” or two to focus on this expansion, but it hasn’t been quite the same as the Lich King or Deathwing were. To be honest, I like the idea of having a hodgepodge of bad guys, in the same way Onxyia and Ragnaros and AQ40 all felt like their own threats, not at all tied to one another back in vanilla. They also prove that we don’t need a single big bad or one ultimate driving force behind all the badness in an expansion.

There will always be enemies so long as WoW keeps chugging along. What form those enemies take will vary, but they will not always come from a singular, identifiable enemy right off the bat.

RYAN JAGODA (@CASCOGOAT) WANTS TO KNOW ABOUT MY MUSICAL PREFERENCES:

Since Muse already played BlizzCon, who else would you like to see as the closing act?

…Okay, fine, since that’s unlikely to happen, I’d like to see MUSE again. Yes, really. I want to see MUSE play as many shows as Blizz will try to book them for. They’re my favorite band and they put on one heck of a show when they did play.

If we can’t get either of those two, I guess I’ll concede and give you a third option. The Video Game Orchestra. It might not be the typical approach Blizz has gone with, but I think it would be so cool to see some of Blizzard’s most famous tunes played live via orchestra.

Oh, and I still haven’t given up my dreams of a My Chemical Romance reunion show at BlizzCon. It’s going to happen, darn it!

What would your ideal ending for Sylvanas’ story arc be?

She manages to (mostly) get her way and we get undead variations of every race, with the Forsaken serving as their own faction.

But since that’s not likely, I would at least like some sort of ending where she can go back to scheming in the shadows. She’s most intriguing when the eyes of the world aren’t on her, and I think that’s part of the reason we haven’t seen all that much of her true plans. Honestly, though, I’m having a hard time figuring out how this can end with Sylvanas a prominent figure in the Horde. It seems increasingly likely to me that she’ll end up either dying or “disappearing” the way Bolvar did. The former is a lot less likely given she’s on the BlizzCon key art, though.

Frankly, what my ideal ending for her is does not match with what I think will happen or what with would actually be good story writing. There are a few possibilities for her right now, but the most fitting ones don’t end with her still doing what she does best, and that’s really all I want from her.

CORY TAYLOR (@CORYJTAYLOR) THROWS ME AN EASY ONE:

What game/movie/tv show are you most looking forward to in the next few months?

Well, it’s not announced yet, but I sure as heck want to see Season 6 of BoJack Horseman. Normally, we’d have it around this time of year, but I think there was some sort of union dispute that delayed it. I’m also cautiously optimistic for Doctor Sleep, though “most looking forward to” is probably not super accurate there. As for games, Pokemon Sword/Shield are the closest, but I’m also SUPER excited for Animal Crossing: New Horizons, The Last of Us 2, and the Breath of the Wild sequel (which may be waaaaay far away but still).

BINKENSTEIN (@BINKENSTEIN) IS EITHER SUB-TWEETING ME OR MY LATENESS REMINDED THEM OF THEIR OWN FOIBLES:

Mitch, do you have some good tips on how to remember to do stuff on time & not at the last moment?

Another approach that I need to get better at is just plain making a list and consistently referencing it to see what’s not checked off. I do this for bills — make a checklist on my phone, add in when a certain bill is going to be paid, and then check it off when it is. I can both keep track of what’s taken care of AND have a heads up for when to expect to see a dip in my funds. But part of the reason this works is because it’s not as micro as managing day-to-day activities.

RED IS GONNA BE PURPLE TODAY:

Confession time: I still haven’t done most of the War Campaign stuff in BfA.

I’m not caught up with the 8.2 stuff on either faction.

I’m not caught up with the 8.1 stuff Horde side.

Anyone else on my boat?

I’m not in quite the same boat, but it did recently occur to me that I hadn’t done the Shadow Hunter questline (where you see what’s up with Vol’jin not moving on and the Loa telling him to appoint Sylvanas). For me, though, the reason I hadn’t done that is because it was all datamined well before the patch even released. All the dialog was familiar. I knew where I would be going next. I knew who I’d be talking to. How the story would end.

And yes, that’s on me for looking. But it’s still a side effect of datamining that I’m not fond of.

PIDIA WAS VERY INSISTENT THAT I ANSWER THIS:

Q4TQ: I have maintained that the current system to incentivize the less active faction (Alliance) to engage in PvP content has always felt bad as the non-incentivized faction (Horde). The system doesn’t appear to be working as the skew has never dropped significantly, instead players opt in to PvP for their reward and opt out as soon as they get what they want. Now with the announcement that mercenaries will no longer benefit from incentive rewards effectively making the Horde grind for Blood of the Enemy 50% longer that system feels even worse. How would you change this system to not feel inherently bad to the side that isn’t being given the same bonuses?

Oh gosh, I should’ve read this in full before including it. I have no idea how I’d change it. But I do agree that it doesn’t really feel free, and as a Horde player, I mostly found that the PVP incentive buff resulted in me being murdered by a massive group of Alliance concentrated on neutral World Quest locations rather than actually filling out the world with PVP Alliance players.

In theory, a combination of penalizing playing in raids and rewarding length of time PVP enabled might help. In other words, if you’re in a 15-person Alliance group fighting 1 or 2 Horde players, you’d be penalized. How? Don’t know. I don’t really think this is a realistic deterrent, but it’s one that might…do something…?

As far as rewarding time in PVP, it might dissuade players from enabling War Mode, doing WQs, and then dropping War Mode if you had to stay in War Mode for your incentive buff to reach its maximum potential. So maybe you get a 1% buff on Tuesday, and if you haven’t turned WM off at all, that jumps to 3% after 24 hours, 5% after 48 hours, and so on. The key here would be that turning it off AT ALL would reset the count. It’s not a perfect system, but it might at least encourage players to be serious about turning on War Mode. But again, I’m genuinely not sure of a good way to fix this problem :

And on that note, we’re done! Don’t forget to discuss what Untitled Queue Simulator might look like! Uhhh… also ask Rossi questions. That’s important, too.