The Queue: As Countless As The Stars 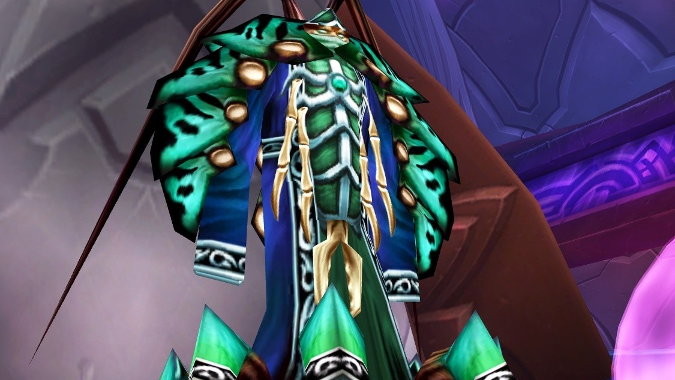 I am merely one of… infinite multitudes.

This is the Queue. The chaos I have sown here is but a taste…

MOVEWOW WANTS TO TALK ABOUT BLIZZCON

Q4TQ: With the situations that occur last year at Blizzcon, what have you seen from Blizzard over the past year, that makes you think that Blizzard can handle things any better this year?

Blizzard has had a rough year. The layoffs, having the person who was their President for the entirety of their existence (and going back to Silicon and Synapse days) step down, the obvious mishandling of the Hearthstone Hong Kong protest (which, honestly, Liz summed up my feelings about) so instead of sitting back and waiting for them to fail, I’m rooting for them to have a great BlizzCon. Remember, BlizzCon is put together by actual people, just as Blizzard is made up of actual people, and those people work pretty hard to bring us these games. I don’t root against them.

Blizzard does stuff I don’t like all the time. I didn’t like Armor Penetation. I didn’t like Colossus Smash in Fury. I don’t like Azerite Armor. But they’ve been around for decades, and I’ve watched them go every year, and I have faith that they can and will do a good BlizzCon this year.

RANDOMGUY67 HAS SOME THOUGHTS ABOUT CORRUPTION

The thing about Corruption gear few people are talking about… the entire system is totally optional… if you don’t want the downside with the bonuses, take it to the “corruption vendor” and have the item cleansed… no bonus, no negative… just the item without the figuring out what to keep, toss or balance.

Work with the corruption system or just opt out, like Warmode.

People used to make the exact same argument about Reforging. “If you don’t want to deal with it, just don’t, it’s optional.” They used to say that about farming up Badges of Justice, or about farming points for gear. You get my point. Many, many things are optional and there’s a difference between the kind of optional that things like Pet Battles are, when you really don’t need to do them and the kind of optional Corrupted items will be.

I’d say you’re technically correct, and while Hermes Conrad may think that’s the best kind of correct, it’s not always actually so.

Q4TQ: What question should I try to get answered at the BlizzCon Q&A? I am thinking of asking if they can remove this terrible buff and debuff system because it feels bad not doing your optimal damage due to group composition.

You want to know what question to ask?

D&D Q4tQ: When you multi-class, do you like to start off with multiple classes and level them together, or do you level one up to say 5 or 9 and then start the other one? If the latter, which level do you make the switch at typically?

I mean, it depends on if you start at level 1 or not. If you start at level 1, you pretty much have to go level by level. I’m assuming you’re talking 5e, if not, it would also make a difference depending on what system you were using. In general, if I’m playing 5e, I tend to go to level 5 especially if it’s a class which gains an extra attack at that level, because those class levels don’t stack. If you were, say a Barbarian 4/Fighter 4, you would still only have 1 attack because that extra attack comes at either Barb or Fighter 5.

In general, though, I feel like classes get some pretty hefty rewards for NOT multiclassing, though, so I don’t always do it. Fighters in particular, it really matters if you’re going to hit 20 in your campaign or not.

Q4tQ: the old book “The Old Gods and the Ordering of Azeroth” speaks of five Old Gods, not four. Chronicle says otherwise. Do you think this is an accident and/or retcon, or could it be a deliberate oversight so that they can spring a heretofore unknown Old God on us?

I know Xal’atath is out there now, and Ms. Stickney has brought up the possibility of one under Hyjal on Lore Watch…

We span the universe, as countless as the stars!

Or, as he put it when he first escaped from the Naaru’s prison:

It is a small matter to control the mind of the weak… for I bear allegiance to powers untouched by time, unmoved by fate. No force on this world or beyond harbors the strength to bend our knee… not even the mighty Legion!

In other words, even if there were only four Old Gods on Azeroth, there are more — possibly uncountable numbers more — of them out in the cosmos. And remember, it’s the Titans and the Naaru who believe there is only one truth and one true timeline. The Old Gods and the Void believe in thousands of truths. Even contradictory statements are both true to them.

So yes, one book says five, another four. By some counts, we’re up to six, if you count Xal’atath and G’huun. And the Old Gods would probably agree with all these counts and more, because no matter how you slice it, they span the universe.

As countless as the stars.

This has been the Queue. Come back on Monday, where Anne will show you horrors undreamed of…

Blizzard Watch is made possible by people like you.
Please consider supporting our Patreon!
Filed Under: As Countless As The Stars, We Span The Universe
Advertisement