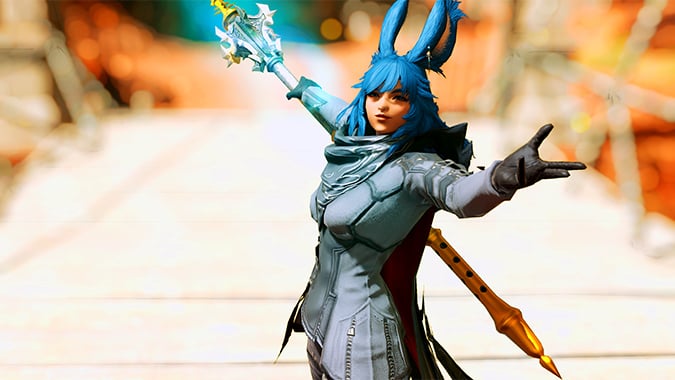 If you’re a WoW player and you start to play Final Fantasy 14, the first thing you’ll notice is how glacially slow it feels in comparison. Final Fantasy 14 is like pouring honey, while WoW is like dumping milk out of a jug. The two games run at a fundamentally different pace all because of their global cooldown rate. Final Fantasy takes the slow, 2.5 second approach, and WoW — at its slowest — caps at 1.5 seconds.

This might not sound like a big deal, but it’s the kind of design choice that’s embedded in the fabric of the game’s design. A 2.5 second global cooldown in Final Fantasy 14 means that every ability is a little weightier to make up for your inability to spam them. A lot of spells have long cast times compared to WoW‘s and they do a little more. It also means that the monsters and bosses you fight all dish out damage at a slower pace too. In WoW, someone could repeatedly get hit three times in a row with damage that ends up being fatal. In Final Fantasy 14, tanks get hit every few seconds for moderate damage. If they take massive damage in a row or at once, that’s a boss mechanic versus a normal occurrence. As someone who plays a White Mage, I’ve learned to not worry about my tank reaching half health unless the boss has a particularly hard hitting attack. The 2.5 second cooldown gives you time a lot of time to react and remedy mistakes. 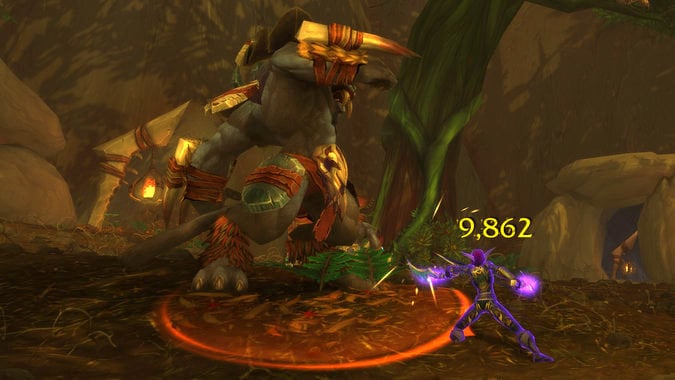 The rhythm feels off

But it also is incredibly hard to get used to and it never quite feels like there’s a consistent flow to it. Playing Final Fantasy 14 often feels like you’re hitting your keyboard button and waiting for the game to catch up with your input. It feels like everyone is playing on 1,000 ping — in fact, actually lagging in it doesn’t usually get you killed. Of course that kind of slower pace and opportunity to wiggle around as bosses throw deadly checkerboard patterns at you opens the game up for people who can’t really keep up with the pace of games like WoW. The game has a steady learning curve because of it. But for me, it’s hard to feel powerful as the Warrior of Light when a bipedal bug man slashes at me with the fury of a boss in Devil May Cry while I’m waiting for Stone IV to finish casting.

Final Fantasy 14’s combat rhythm makes me appreciate Blizzard’s way of imbuing WoW’s combat with an action-game-like pace. There’s something satisfying to slamming out a combo as a Rogue and having a finisher ready, or reacting to the various procs as a healer that makes your spells instant or cost zero mana. Obviously, many players would argue that WoW has gone way too far in this direction in Battle For Azeroth. With Azerite traits, your character becomes a slot machine of buffs that make trying to figure out optimal spell priorities a nightmare. But the basic act of pressing buttons that instantly do things and reward you for doing those things is key to making WoW feel like you’re actually present in the combat. It’s the closest an MMO is going to get to something like Sekiro: Shadows Die Twice, where swords slice through the air and clang off each other at the press of a button. WoW gets just close enough to that fantasy that your brain can imagine the rest.


Too many buttons to press

Final Fantasy might not feel as bad if it didn’t also equip you with 30 different buttons to press. My White Mage has 25 buttons that need to be used periodically throughout any given boss encounter. I’ve got single target healing, AOE healing, damage spells, and utility spells. If you took a video of what my fingers are doing against a boss like Eden’s Gate: Sepulture, it would look like that scene in Bruce Almighty. Final Fantasy 14 isn’t an MMO, it’s Twister for your fingers. I would be more proud of my digit dexterity if some of the buttons I hit didn’t include an AOE ability that only gets everyone ready for my AOE heal and an ability that makes everything do a measly 20 percent more healing. Having to press buttons for things that could be reworked into the spells themselves — what if my AOE heal just healed more in the first place? — would go a long way to make the game more satisfying to play. I started to play a Black Mage and immediately cried when I learned that they have three versions of three separate attacks that unlock based on what buff you have up.

Say what you will about WoW losing its complexity as they shaved away its many abilities, but requiring every player to have a mouse with a numpad on its side isn’t good game design. 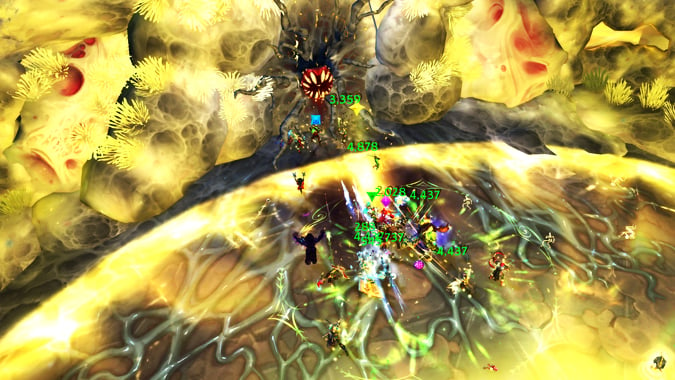 All I’m saying is that there’s a reason I don’t play Final Fantasy games. Turn-based combat makes me impatient, and it gets worse when the fidelity of the action looks like it could just be instant. A lot of the recent games in the series feel like a tease. And really that’s the biggest issue I have with Final Fantasy 14: it’s almost there. It’s almost at that 1.5 second glory cooldown, but not quite. In a genre where combat is about using a lot of abilities to wear down a big health bar, it starts to weigh on you. And when things weigh on you in MMOs, you begin to see past the facade and realize you could be playing something designed a little less to stymie you and a little more to keep you engaged.

Don’t get me wrong. I love Final Fantasy 14 for a lot of things that aren’t the combat — I love the music, I love a lot of the characters, and I love my beautiful bunny girl. But ever since I started playing WoW in 2006, I have always looked to other MMOs to fill that void when I’m not feeling Blizzard’s game, and every single time I am forced to reflect on what makes WoW so tremendous. It turns out that rich, satisfying combat is right on top of that list.