Blizzard’s hero-based shooter Overwatch is on several platforms, and it can be hard to decide which one to play it on. Your profile isn’t carried over across all of the systems, so the choice has to be deliberate — especially if you care deeply about what skins and cosmetics you want to have access to.

Here’s how Overwatch works on PC, PlayStation 4, Xbox One, and Nintendo Switch.

Before deciding between any of these platforms, you should consider where your friends are. If most of your friends play on PlayStation 4, that should heavily influence your decision on where to buy and play Overwatch. It’s a much better game to play when you’re grouped up with friends. You even get extra experience when you’re grouped up, which can lead to faster Credits for more skins!

Because Overwatch doesn’t support cross-play between the systems, you have to choose one. Blizzard has expressed interest in changing that restriction, but we might have to wait until Overwatch 2. Sony and Microsoft have gotten more lenient on cross-play, so in the future we may not have to tie ourselves to one platform — but for now, you can only play with others on the same platform. 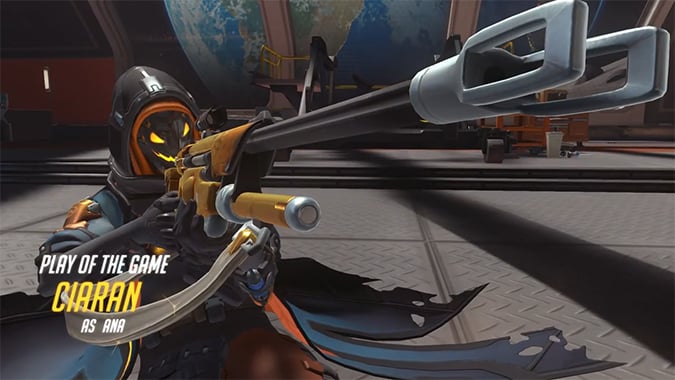 The PC version of Overwatch is essentially the primary version of the game. It seems to be the one that trickles down to the other versions, because Blizzard is a PC developer first and foremost.

That said, the PC game is exactly the same as the other versions. It receives patches at the same time and has the same skins and other cosmetics. The only difference is that you don’t have to pay a subscription fee to play the game — everything is included in your initial game purchase — and you get the chance to try new heroes and maps on the games on the Public Test Realm before they go live.

Get the PC version if you’re already used to first-person shooters on mouse and keyboard and if you have a capable PC. You can check out the hardware requirements here.

Overwatch on PlayStation 4 and Xbox One

Overwatch is very similar on both current game consoles. The PlayStation 4 and Xbox One versions both run at 30 frames per second and have the exact same features. The PlayStation 4 Pro and the Xbox One X both increase the frame rate to 60 — although Microsoft’s console apparently dips below that a little more than its competition.

But generally, they’re the exact same game. Both consoles also require a subscription to play online, and since Overwatch is an online game, you to have PlayStation Plus or Xbox Live subscriptions to play. That will set you back $59.99 per year, though you can often find them discounted up to half off if you’re patient.

If you really can’t decide, go with whichever console has your favorite controller. There’s really no other difference.

The Nintendo Switch version of Overwatch got a lot of criticism of its performance. The game supposedly runs at 30 frames per second, but it seems to dip more often then not. It’s not a huge issue, but it can be bothersome if you’re deep into a team fight in a tense game. It’s also a very graphically limited version of the game, but Blizzard games scale really well and still look good on weaker hardware.

Like other consoles, Nintendo requires a subscription for online play: Nintendo Switch Online will set you back $19.99 a year. That’s significantly cheaper than the other consoles, if that’s a deciding factor.

If you’re not taking the game incredibly seriously, none of these issues are deal breakers. The game works fine, it’s been cleaned up since launch a lot, and it’s still essentially the game that keeps us coming back.

It should also be noted that this is the only version of the game that includes motion-based controls. If you’re someone that gets annoyed with joysticks or can’t use them for one reason or another, this is a great alternative.

Overwatch has aim assist on consoles

All three console versions have aim assist, which essentially makes using their joysticks to move your crosshair around easier. Think of it like enemy players are magnets and they sort of grab your crosshair when you’re near them. There’s a ton of sensitivity options that you can mess with. If you’re someone who has ever used a mouse to aim, you’ll immediately know how different it feels to play the game on consoles. You can turn the whole feature off, but because everyone is using it, you’ll likely be at a disadvantage otherwise.

Which version of Overwatch should I play?

In the end, it’s all basically the same game, and you can simply pick based on which platform suits you the most. It’s a toss up between online subscriptions, friendships, and access to new content of the game early. That the differences are so minimal is a testament to Blizzard’s careful design parity between each version of the game. You really can’t go wrong with what you pick.