The Queue: I’m willing to wait for it 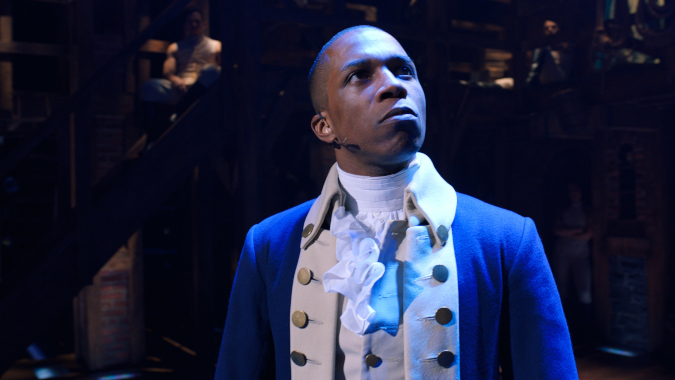 QftQ: One of my favorite dungeon elements in Legion was in the Court of Stars where many race/class/professions had bonuses they could offer by completing hidden objectives or activating items.

It was a very strong RPG element that made your character feel special that feels missing from WoW most of the time. How do you feel about it and why do you think we dont see flavor like this more often?

I feel like the fairest way to go about including something like this would be to have a big button you can press before a boss that grants, say, 10% chance to crit if you have a capped trade skill, but that’s clearly incredibly boring. On the other hand I’d love it if I could use my Skinning skill in a dungeon, but I also remember the good ol days of ‘LF Skinner with Finkle’s for UBRS’ and then having to roll against everyone else for the skin of the Beast.

Basically, I like the idea of it but in practice I hate it.

Why is my Vulpera backpack 24 slots and my mains 16 slots?

Nah, it’s a Vulpera racial trait that increases the size of your backpack.

There’s just SO MUCH in Warcraft as a whole that it’s hard to say which slice of its history would be best in song form. I’d go with something relating to Humans, though, just because while one Elphaba is doable, even for community productions, I feel like painting an entire ensemble cast of Orcs or Night Elves for every performance would be a bit much.

I think the whole character arc of Arthas would be a good one, though… you could give him a musical theme in the sweeping love ballad with Jaina, and then twist it a little bit. Maybe just tune it to the minor in a single note at the end of the ballad, then make it more discordant as he goes more and more wrong. Give Mal’ganis the villain song, which would be a semi-duet with Arthas using his theme, which fits in perfectly and the two would become one from there on out. The set could be similar to Spamalot‘s, with a big scaffold piece at the back which could be a castle or Icecrown depending on the scene.

At some point Muradin comes out from the back and sings “What Did I Miss.”

Q4tQ: if the WoW devs opened up all possible class-race combinations, what would you play? Assume that everything’s available, go nuts.

I think it would be hilarious to play a male draenei rogue. Easily eight feet tall, giant hooves, shoulders wider than most doorways… sneaking around in the shadows and poking people with tiny daggers. Leaping out of stealth with that character would never get old.

I tend to not be an RPer, so this question isn’t really for me. I have headcanon-y stuff about my characters, but a lot of this is post-facto. Rutherford Bear Hayes only became the best boy after I’d already named a few other pets after dead presidents, but ended up loving the bear as a tank. I generally pick a class first, then decide which race I want to play (with the rare exception of Vulpera where it was backwards, and I decided a Rogue was as good a pick as any) as opposed to coming up with a good lore-worthy combo.

Q4tQ: Why do you think there’s only one team from South Korea in the Overwatch League?

Watching the big games last weekend, I was once again reminded how many Koreans players there are in the league. Doing a quick head count on Liquipedia, the current overall roster is 60% south Korean, including many full Korean teams outside of Asia like NYC, Florida and London. So why only the Seoul Dynasty from actual Korea?
I’m not trying to say “players should stick to their countries”. I understand how international leagues work, and we already have the World Cup for that format. But in recent years it seems to me like Korea as a whole has been pushing big for representation in the technology, movie and music industry. So I’m wondering why they wouldn’t try to use the league as well, especially given how Blizzard is pushing to make in mainstream in the US with their pre-covid TV broadcasting deals. Sure, we can see the actual players’ names, but not everyone knows to differentiate a Korean name from a Chinese or Japanese name, especially on those mainstream platforms.

Most of the team owners either already had sports teams or other massive business in the locations they chose. Jeff Wilpon owns both NYXL and a stake in a little-known team called The Mets (though his dad is the majority stakeholder). Cox Communications is a major donor to a ton of varied sports teams, but they chose Atlanta because that’s where they’re headquartered. The Dynasty are outliers because they don’t have a big background in industry or meatsports — they’re owned by Gen.G, a big name in esports.

Though esports in general are much bigger in Korea than the rest of the world, for a myriad of reasons — PC Bangs giving Korean kids an unparalleled level of access to gaming at a much younger age regardless of their parents’ tax bracket, for one — the companies there just haven’t bought into Overwatch League the same way as the rest of the world. Ironically, they have a much better infrastructure of grassroots competition and ‘feeder’ teams than the rest of the world. Honestly, maybe that’s why — the Lunatic Hais and Runaways of the nation see their relatively small investment paying off in a better way than the multi-million dollar buy-ins for the League.

So since it’s apparently not August yet (I want to blame someone else but my own inability to keep dates together so… thanks Obama!), the one thing I’m looking forward to this month is tomorrow.

What do you think is going to be revealed in this stream, realistically?
Since they’re calling it a reveal stream I’m guessing it won’t just be reiterating stuff we already know.
Beta phase start seems likely, probably this week or next.
A release date is hovering around the plausible.
I don’t think we’ll hear about any new race/class combos, new races or classes.
Have they announced anything new for PvP? Battlegrounds or arenas?
Might get a small teaser for the next raid after Castle Nathria – I know we didn’t learn about Battle of Dazar’alor until after the expansion launch, but who knows.
I watched Taliesin & Evitel’s latest video yesterday and he said something about an “auto-battler” taking the place of table missions but never expanded on it, so not sure what that is about.

Because it’s Ion, I’d lean toward systems rather than lore or cute graphics.

Just spitballing, I’d say we’ll see a much more fleshed out version of what the heck Covenants are about. We know their general lore and all that from the Shadowlands alpha questing experience, but we have no idea what the end game looks like, other than cool transmogs. All the zones seem to have major hubs with features akin to the mission table (or… something…) that we can’t access yet. I’d assume each Covenant will have its own in-depth endgame quest similar to the whole Illidan thing in Legion.

I’d also guess some professions-related stuff, as that’s something that hasn’t shown up in the alpha yet beyond a few errant herbs and ore nodes.

I do expect some one-off not-as-in-depth announcements too, like maybe release date, but I’d guess we’ll see a lot of systems discussion.