The Queue: Batman Beyond was the best Batman 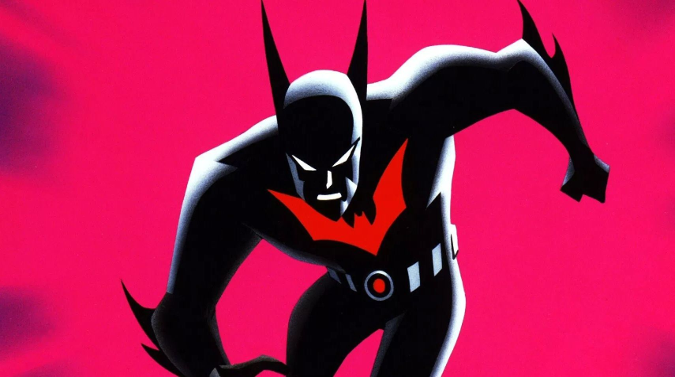 Batman Beyond was my favorite piece of Batman media in the past 100 years. Basically, if you take every single thing Batman has ever appeared in, ever, and yes I’m including the Brave and the Bold cartoon, then Batman Beyond is not only my favorite, if you said you were about to press a button and destroy all appearances of Batman that ever existed and I could only save one, it would be Batman Beyond. It has Kevin Conroy’s best turn as Bruce Wayne, some of the best writing that really deals with the fact that Bruce Wayne may care a lot but is absolutely terrible at showing it and what the consequences of that are, and man, I really enjoy Will Friedle as Terry. He manages to be a different kind of Batman while still be recognizably Batman.

Standouts for me are the opening few episodes establishing the character, the future Justice League episode, and the Return of the Joker movie which features an excellent turn by Mark Hamill and the Ras al Ghul episode with Talia and the line “You? She kissed me.”

Plus the show had a great opening.

Q4tQ: Did they change some of the mechanics in the old dungeons for TW? A little late to ask now but … In the one with the dragon shrines in the fight against Jaina (I think it was Jaina), I would swear that we were supposed to stand on those embers she shoots out before they got too big. But I was one-shot twice trying to be a good team member and standing on those. Also, I didn’t notice Ozruk freezing me when I didn’t have a dot on him to reflect.

That entire dungeon (End Time in Cataclysm timewalking) feels completely off to me. I am not a game dev, so take it with a grain of salt, but I would not be surprised to find out there’s major balancing issues involving scaling for not just that one, but for quite a few of them. This isn’t a complaint — it’s ambitious to attempt to scale so many dungeons across so many levels. I wonder if Shadowlands will make it more fluid, but for now, yeah, I feel you on that fight and even that whole dungeon.

Q: While we’re talking about fishing, does anyone think the updates over the last few expansions have been successful in making the profession more interesting? I’ve always kinda enjoyed fishing, mind you, but some people I know hate that it’s the ever same cast-your-line-and-wait-to-click-the-bobber stuff for hours. That hasn’t changed. Again, I don’t mind that, but what I definitely didn’t want is a million new items and fish types and fish products and bits and pieces that fill up more bag slots. Le Sigh.

Honestly, right now I feel bad you asked this question in Anna’s Queue, because that means it pops up for me, and I am absolutely the worst person in the world to discuss fishing in video games.

I hate it in real life.

I hate it in every game they ever put it in. The Fable series? Hated it. World of Warcraft? Hated it. I do not play video games to fish. I refuse. I haven’t leveled fishing since 2004. There’s literally nothing on Earth they could do to make me like fishing. If they’d put my shoulders in as a 100% drop if I passed a fishing challenge? I wouldn’t have done it.

I sincerely and absolutely hate fishing. So I hope you ask this question again for Mitch, because I honestly want you to get a productive answer and there’s just no way I can give you one. I feel really bad, because it was a good question.

Having seen Blizzard was once again gating flying in SL, I’d decided I’d had enough WoW. But then I saw the mechanical dragon mount, and something happened. I went into a trnce-like state and the next thing I knew I had resubbed for 6 months and preordered SL. I’m do weak willed when it comes to cool af mounts.

See, I’m the complete opposite. I remember Cataclysm and them letting us have flying at the jump and how that led to zone design that was, to put it mildly, jacked up. Not always bad, mind you — I liked Hyjal — but completely non-linear with quests over vast areas and sometimes in completely ridiculous isolation from one another.

I am firmly of the belief that you can have one or two zones per expansion designed with flight in mind, but most zones work much better without it, at least when you’re first experiencing them, and I can’t think of a better mechanic than gating.

Meanwhile, the only store mount I’ve ever even considered buying was Squeakers and I didn’t even buy that one. The mount I use the most is the Red Flying Cloud, with Mim’s Head as my backup. I’m just not a really mount focused guy.

Do you think its better to look for a guild now for Shadowlands or wait until after Shadowlands leveling when people will have their rosters more set?

I’m going to buck the conventional wisdom here and say that it’s actually a good time, albeit a difficult time. Between expansions is when guilds start looking towards what they’re going to need to succeed in the upcoming expansion. I’ve come in to guilds several times as they were rebuilding in that way, and I’ve mixed success with it — twice it worked out, once it really didn’t.

You need to find a guild that’s serious about integrating new people and building a solid core for the next expansion, and one that has the same basic ideas as you do about how fast everyone should be raid ready. You’ll need to do more homework and make sure you and the guild culture gel, but it can absolutely work.

Well frak. I was starting to get irritated at people attacking me out of the blue in Boeotia when I had no idea who they were. I finally looked up Boeotia.

“Don’t go there until Chapter 7, something big happens then, and if you kill the people already you won’t be able to see some of the quests”

This was EXACTLY what I was worried about and I’ve been playing in Boeotia for three days. :(

I understand that AC: Odyssey doesn’t want things to feel too linear but they definitely took it too far there.

If you’re looking for zones to go mess around in and not worry much, go to Crete. You can go there any time you like and there’s nothing that will screw up the main storyline there. It’s my go-to for a new playthrough.

Also, I don’t know if you know this, but you can completely finish hunting all the Legendary Animals for the Daughters of Artemis before you do anything else. It’ll take you all over the world, but heck, you have a ship. So if you want a diversion from the main story quests, keep that in mind.

Odyssey is designed like a sandbox game but that does conflict a bit with the story quests. I tend to always follow up until I hit Athens and then start exploring around, but that’s just me.

JALAMENOS BRINGS UP SOMETHING IMPORTANT

Ending on a more positive note before I go to bed.
In case anyone missed it last week:
Steve Danuser said in an interview with wowhead that homophobia is not canon in the Warcraft universe – the concept simply does not even exist.

“I think that Azeroth is a world of magic and a world of possibilities, and one of the things that’s really important to know is that, in Azeroth, you can love who you want, you can identify yourself the way that you want, and all of those things are possibilities. We just want the game to be able to reflect that through it storylines, and through its character customization options, and we’re really excited about that.”

I just wanted to put this in the Queue. I agree with the sentiment. I have nothing in particular to add. If you know me or have been reading what I write on the site for a while, or have read my novels, I feel like you already know where I stand on this issue.

It’s a world where people live thousands of years, can shapeshift, have fought beings of utter madness. This is the right decision and I’m glad Steve said it so plainly.

D&D Q4tQ: Do you use Feats in your campaign?

Every campaign in every D&D based game that has them, yep. I never ran or played 4e — I read it and generally think it was a better system than I realized at the time, but I was more a Pathfinder guy. When I play 3rd Ed, 3.5, Pathfinder or 5e I always use Feats. I honestly like having them and would definitely consider house ruling so that you get a feat option on a separate progression path from ability score increases — I think feats are the best thing about Pathfinder 2, and I really like Pathfinder 2.

5e is a bit too stingy with its feats, in my opinion.

Okay, that’s the Queue for tonight.

On a somber note, this week saw the passing of Grant Imahara, of Mythbusters fame. It was a sudden loss and one that clearly affected a great many people. I didn’t know him, but his work helped me through some depressing and sad times. I hope you all know, whatever happens in this world, I guarantee you there are people you’ve touched. Many of you have touched my life — I couldn’t even see if not for the people in this site’s community. So please, remember that. You are important. You matter.

Now go wish Mitch a happy belated birthday so he gets to talk about it in his Queue. And ask him that fishing question, it was a good question and it deserves a better answer.

Blizzard Watch is made possible by people like you.
Please consider supporting our Patreon!
Filed Under: Batman Beyond
Advertisement