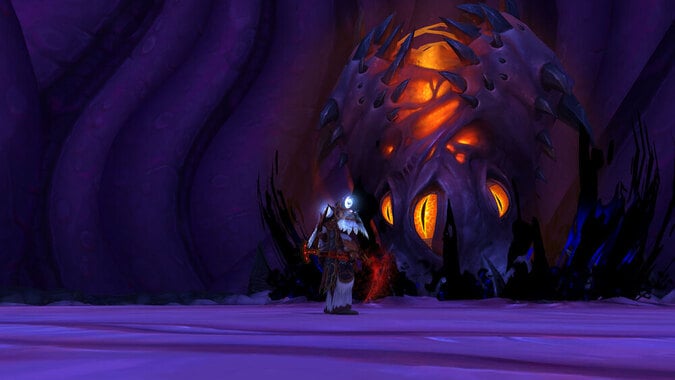 It’s taken my guild a while, but we’ve finally reached Mythic N’zoth. Now we’ve got a mad dash of trying to squeeze in as many pulls as possible to try and get him before the launch of Shadowlands. Time is definitely not on our side though. Most groups seem to take anywhere from 200 to 300 pulls to get the rhythm of the fight down, and I don’t know if we have that many raid nights left. Plus those giant tentacles really hurt!

While I recover from the thrashing I received, I take you now to — The Queue.

YOUR PEEBERS IS BEYOND COMPARE

QFTQ have i missed any word about unlocking the flight master’s whistle for previous expacs? cuz that would be tight as hell.

Sadly, I haven’t seen anything about this. It would be nice though, wouldn’t it? I don’t know what sort of behind the scenes tech would be involved with strapping it onto other expansions that weren’t designed with it in mind. But it might be something that wouldn’t be a quick fix in the older expansions. Who knows, maybe something would break terribly, and instead of summoning a helpful Gryphon to take you to your destination, you wind up with a Fel Reaver.

WITH FLAMING LOCKS OF ROXXII HAIR

Q4TQ: I recently race changes to Zandalari troll and it has reinvigorated my play. What have you done in the past that’s gotten you out of a WoW funk?

Variety is the spice of life! Well, variety and ghost peppers.

For me, I find that setting a goal is the best way to keep things fresh. Like the Family Battler achievement in Battle. I’ve been doing a bunch of pet battling again because I’ve been trying to get that all finished. I’ve crossed off two of the pet families, and all the rest are at least halfway through, but it’s been slow going because I’m easily distracted. Other things that have helped include starting fresh alts with friends and racing to level 20 or finally getting that piece of transmog you’ve been hunting for a while. Because of course once you’ve completed the set you just have to play more in order to show off how good you look.

Since I finally got the purple Judgement outfit completed:
Q4tCory : What’s your favorite recolor of a set?

I do wish that Blizzard would give us an armor dye system though. I’d love to be able to tweak some of my gears colors whenever I want. I know that there are some colorations that are tied to difficulty, but maybe they could just put the more illustrious colors as drops from those difficulties. It works in Destiny, why not in Warcraft?

Q4tQ: how do you choose what alts you play? Asking because it seems like a lot of us here are making plans to level new alts once Shadowlands hits.

I choose my alts based on what they can bring to the table that my main characters don’t. I play a Guardian Druid so I made a Demon Hunter to feel speedy and nimble again. I got tired of being in melee range of everything all the time so I started playing a Fire Mage. I keep seeing Warlocks being awesome and throwing Chaos Bolts everywhere, so I started leveling one of those.

With the Covenants on the horizon, I’ve been trying to figure out who I have that would be pledging to each different one. My Bear is definitely going to the Venthyr for the spooky vampire aesthetic. My Demon Hunter gets Maldraxxus for the gladiatorial combat fantasy. My Mage is going to Ardenweald because fire is an important part of the natural cycle. But that leaves Bastion and the Kyrians. I’m still not sure who’s going to be sent there. It might be time to brush the dust off of my Paladin or Shaman.

AND I CANNOT COMPETE WITH YOU, DRAYGONIA

QFTQ: I’m thinking I want to roll an alt in a class I’ve never played before. Is it a bad time, with 9.0 imminent? Will I have to re-learn everything after a month? Or are class changes not that drastic this time around?

You might have a moment of confusion with whatever you’re playing with the launch of 9.0 but without the muscle memory of someone who’d been playing a character for the last two years of Battle for Azeroth, I doubt you’ll have much to get over.

Paladins are picking up Holy Power again for all three of their specs. Windwalker Monks, Fury Warriors, and Frost Death Knights are getting the choice of dual-wielding or using two-handed weapons again. Pretty much every class is getting a bunch of abilities back, so your bars might get a bit fuller. I think that Shadow Priests are the class getting some of the biggest changes.

I say, go wild. Make a few alts and if you find yourself enjoying their playstyle, maybe then you take a peek at what their upcoming changes might be.

I’M BEGGING OF YOU PLEASE DON’T TAKE MY RED

Q4TQ: who do we have to bribe for these horrifying abominations to be replaced with the newer wyvern model? 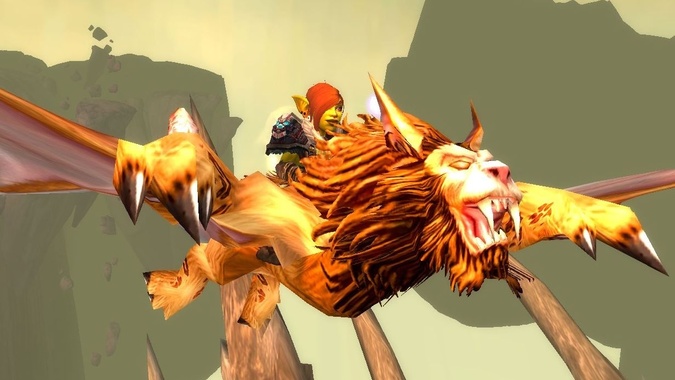 You could bribe me. It might not work, but I’m willing to try if you are!

You’ve all been wonderful, I’ll see you next week! Until then leave lots of questions for the rest of the Queues and stay safe!