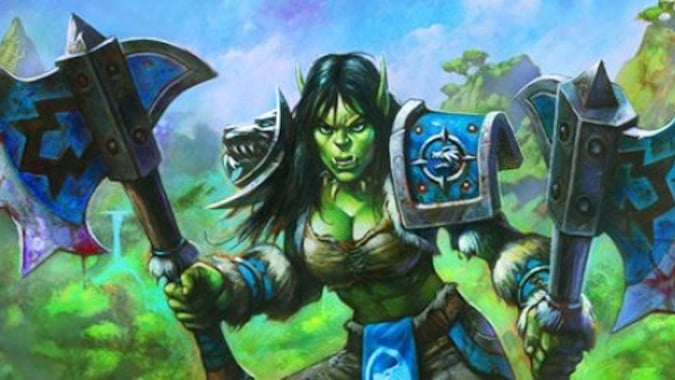 Draka is a character who seems to have been created in Warcraft for a single, albeit important, purpose. And once that was served, might not have been needed for any more stories. Yet, she has returned. And she keeps coming back stronger. Christie Golden didn’t create her, but was the one who named her in the novel Lord of the Clans, choosing that name because, “It just sounded Orcish and badass.” And “badass” is a word that is used to describe Draka a lot, especially after the recent Afterlives: Maldraxxus video.

Who was Draka in life? Where has she shown up? And why would she be the lore character representing Maldraxxus? 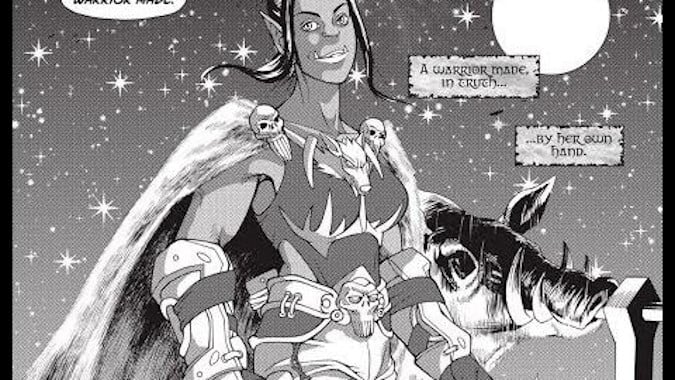 Her first appearance should have been in a video game, Warcraft Adventures: Lord of the Clans, but the game was canceled. In that, she was simply called Go’el’s mother. Instead, her first official appearance was in Lord of the Clans, where Golden gave her a name and a personality. Her history was further fleshed out in the comics.

Draka was born into the Frostwolf Clan of Orcs on Draenor. She was scrawny, weak, sickly, and pale. In other clans, they would have killed her at birth. The Frostwolves were a little more lenient, however. In her teen years, Draka was tired of being an outcast. She asked a village Shaman for a potion to cure her, and Draka was sent out to retrieve items that would require hunting animals. Draka succeeded — not with strength, but with cunning. Upon returning, she learned there was no potion — she became stronger and healthier just by going outside and engaging in strenuous activity.

With this, Draka was looking more like an acceptable Orc, and was allowed in society and at big events, like the Kosh’harg Festival. There, a powerful, good-looking Orc named Durotan noticed Draka. He invited her to go hunting the next day — this was a courting ritual among the Frostwolves. After initially protesting, Draka decided to go on the hunt, and that’s where the two Frostwolves first bonded. 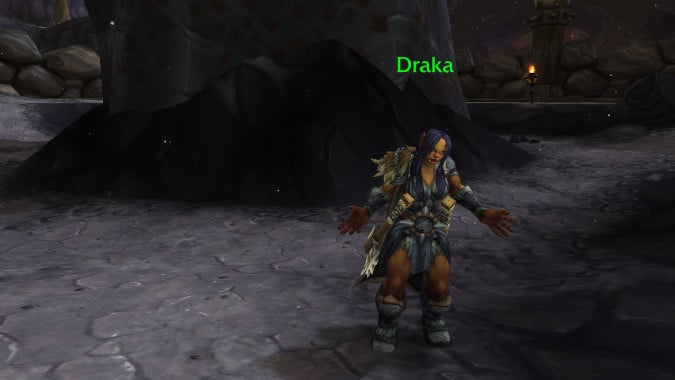 Lord of the Frostwolves

When Draenor was dying and the Orcs were traveling to Azeroth, Durotan was going too. He tried to tell Draka to stay behind, but there was no way. They were mates, and she pointed out to him that families stay together. At this point, she was pregnant with Go’el. Before leaving, they visited Durotan’s mother, Geyah, informed her about the baby-on-board, and told her his name. That was how Thrall would find out his real name in The Burning Crusade.

On Azeroth, after giving birth to baby Go’el, Durotan and Draka went to see Orgrim Doomhammer. They told him about the demons, Kil’jaeden, and the terrible deeds Gul’dan was up to. They needed his help to talk to the others. Orgrim would help them, and he also gave them a place to hide — but it wasn’t enough. The Shadow Council that worked for Gul’dan found them, and they fought with Durotan and Draka. Unfortunately, the couple was overpowered. Draka was originally brought in as a character for this scene, to be the woman who died to save her son. And while she gave her life, Thrall lived. 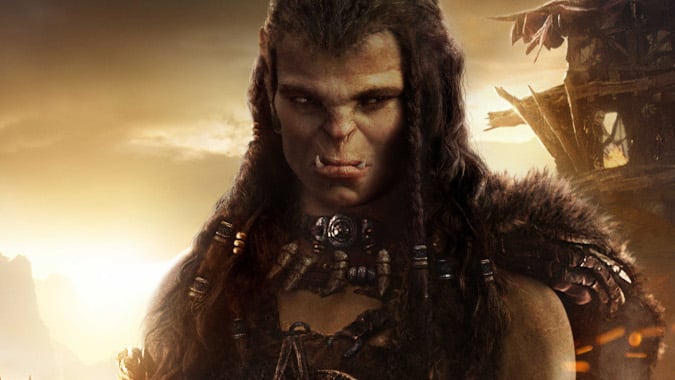 While neither the Warcraft movie Draka or the AU Draka from Warlords of Draenor are the ones we’re meeting in Shadowlands, their characterization can still inform what we know about Draka. In the film, she was still a dedicated mother to Go’el, but her story didn’t last much further beyond that. And in Warlords of Draenor, she’s adamant that partners should stick together, both unintentionally chastising her son and mirroring MU Draka’s words to Durotan when he planned to go through the Dark Portal alone.

AU Draka is revisited once more in Battle for Azeroth during the Mag’har Orc Allied Race unlock quest. However, much more time has passed on Draenor than in our reality, and much has changed. We learn that Durotan has been killed by the Lightbound, and Draka now leads the Frostwolves. Even though she’s not the Draka we’re meeting in Maldraxxus, AU Draka shows that leadership runs strong through any version of the Orc. 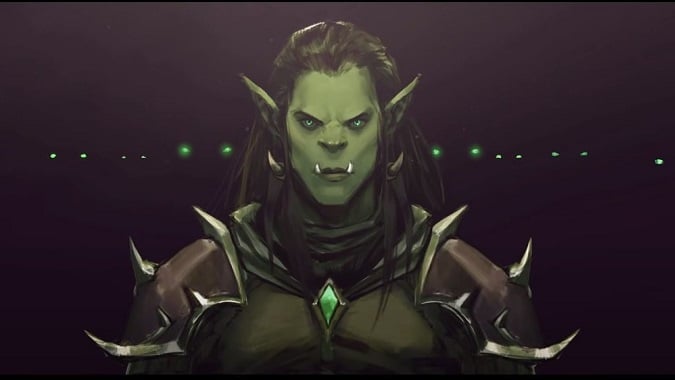 Why is Draka in Maldraxxus?

Blizzard showed different lore characters representing different realms at BlizzCon when they revealed Shadowlands. Some made sense. Uther in Bastion, Kael’thas in Revendreth. However, Draka in Maldraxxus had people on the forums, questioning what she she had to do with the undead. But another story — containing spoilers — went into detail to show the realms aren’t just about Undeath or just about Light. Each realm has a purpose. For Maldraxxus, they are the guardians of the Shadowlands, its protectors. They focus on strength, unity, and trust.

And what better person to represent all of that than Draka? It doesn’t matter if these ways are foreign to her or if she isn’t ready to be an eternal guardian. Just like the quest for the fake potion, she will take on the task and become stronger for it. The different houses of Maldraxxus, separate but working together? That’s like the Orc Clans of Draenor all over again. A military order where someone may need to rise up and take charge? That’s AU Draka taking over the Frostwolves.

And guardians, who may have to risk their lives to protect others? That’s how Draka arrived in the Shadowlands. Sacrificing her life to protect someone. Dying so that Go’el could live. The Arbiter doesn’t make a mistake when judging which realm someone goes to. And Draka is no exception.